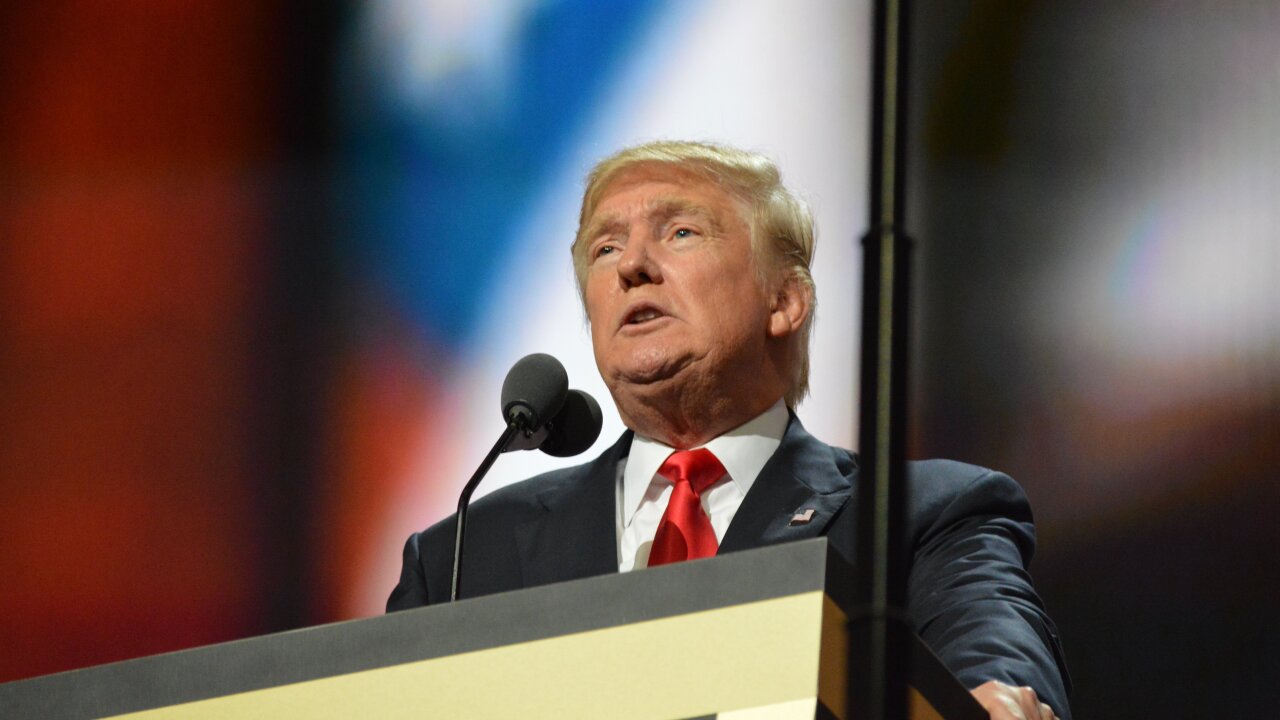 Donald Trump speaks at the Republican National Convention in Cleveland, Ohio on July 21, 2016.

The group, which was organized by Maj. Gen. Sidney Shachnow and Rear Admiral Charles Williams, praised Trump and declared that “the 2016 election affords the American people an urgently needed opportunity to make a long-overdue course correction in our national security posture and policy.”

Also included in the letter was Gen. Burwell Bell, a retired four-star general who commanded US forces in Korea from 2006 until his retirement in 2008, and a notable inclusion in light of Trump’s rhetoric allowing for the possibility of nuclear proliferation in the Asia-Pacific region.

“As retired senior leaders of America’s military, we believe that such a change can only be made by someone who has not been deeply involved with, and substantially responsible for, the hollowing out of our military and the burgeoning threats facing our country around the world. For this reason, we support Donald Trump’s candidacy to be our next Commander-in-Chief,” the group wrote in their letter.

The former US military leaders were sharply critical of the Obama administration’s national security and foreign policy, warning that “enemies have become emboldened, sensing weakness and irresolution in Washington” and that “in our professional judgment, the combined effort is potentially extremely perilous.”

“We support Donald Trump and his commitment to rebuild our military, secure our borders, to defeat our Islamic supremacist adversaries, and restore law and order domestically. We urge our fellow Americans to do the same.”

One of the letter’s signers told CNN his endorsement for Trump was not unqualified, citing how the Republican presidential nominee’s comments about torture and his suggestion that the military should target terrorists’ families were cause for concern.

“Yes, they did concern me and I’ll tell you why: a lot of times people say things not really understanding the consequences of their statements,” Brigadier General Remo Butler (Ret) told CNN’s Carol Costello on the “Newsroom.”

However Butler, who last worked as chief of staff at Special Operations Command in Tampa, Florida, said his concerns were assuaged by the team of national security advisers Trump had assembled.

“I would be a fool to give anyone my unqualified support,” Butler said. “I am listening to what he says. I am listening and watching his actions, and right now today, … I am supporting him.”

Other Republican nominees in recent election cycles have managed to secure a larger number of generals and admirals as public backers.

Sen. John McCain, a former Naval Aviator, was endorsed by 300 generals and admirals in his 2008 contest with Barack Obama.

An even bigger number backed former Massachusetts Gov. Mitt Romney in 2012 via a full-page ad in the Washington Times.

Clinton has yet to release a full list of senior officers backing her presidential bid, but several former generals have made their support for her public, including the former commander of US forces in Afghanistan, US Marine Gen. John Allen, as well as US Army four-star generals Bob Sennewald and David Maddox.

Some of the most high-profile generals from recent conflicts, like David Petraeus, Stanley McChrystal, James Mattis and Raymond Odierno as well as Adm. William McRaven have not publicly said who they are voting for this election.

The other four-stars on the list, Gen. Alfred Hansen, Adm. Jerry Johnson, US Navy, Retired and Gen. Crosbie “Butch” Saint, all retired almost a decade before 9/11.

Among the three-star generals on the list, Lt. Gen. Marvin Covault commanded the military’s response to the Rodney King riots of 1992 in Los Angeles. Covault has also publicly advocated for Common Core education standards, something Trump has regularly slammed on the campaign trail.

Lt. Gen. William Boykin a former officer in the Army’s elite Delta Force encountered controversy when he expressed overt religious views while serving as a commanding officer during the Global War on Terror.