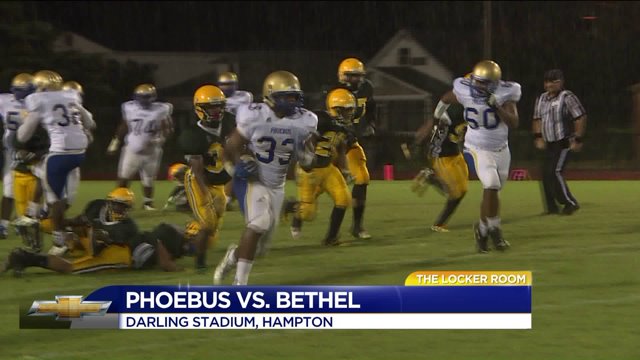 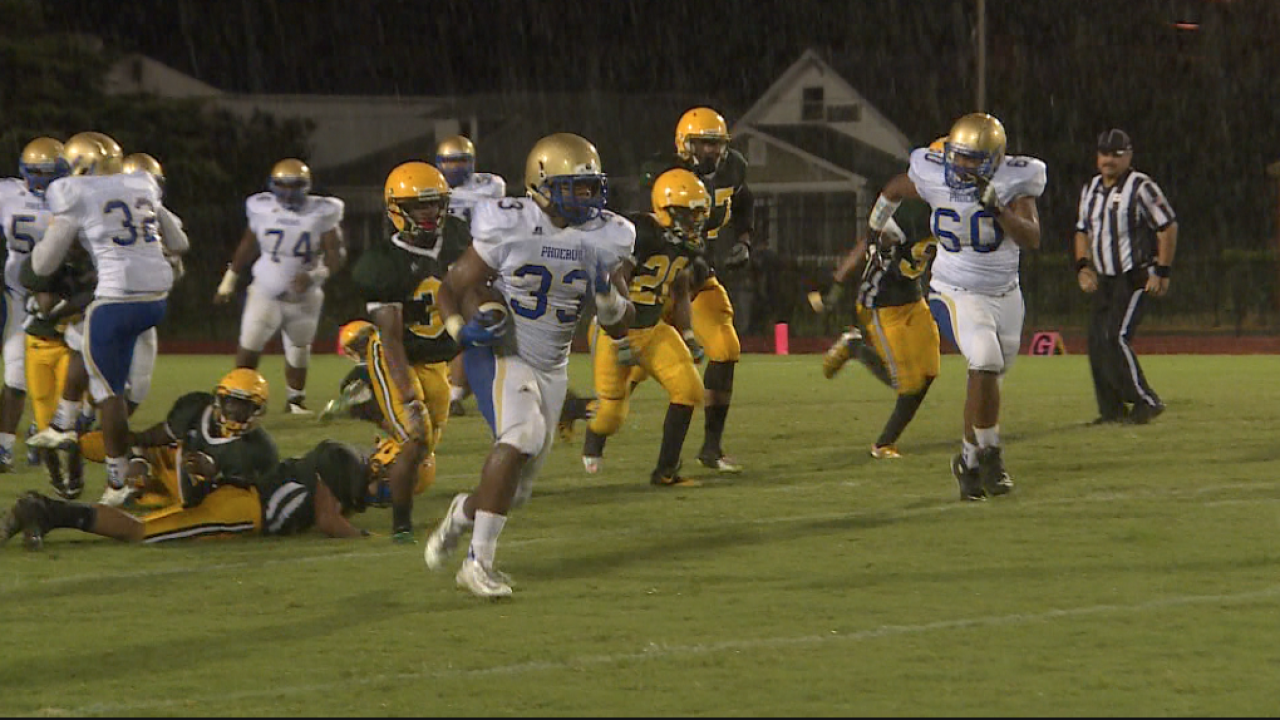 HAMPTON, Va. - 25 years. 1991. That's the last time Bethel High School put a W on their board against Phoebus.

They will have to wait until the playoffs or year 26 to do just that.

The Bruins fell to the Phantoms 20-7 Friday night. Daniel Wright led the way for Phoebus with two rushing touchdowns, including a 72-yard rumble to put the dagger in the Bruins.

Although they're 2-0, coach Jeremy Blunt likes that his team is again "under the radar".

After the game, he said "We appreciate that we're the underdogs. That's just how it is. We're in our little corner in the city and nobody likes to really give us any credit," Blunt says.

His last name describes him exactly. "We don't want the credit we want to earn it, we beat a really good team tonight, but we understood it's week two."

Phoebus travels to Menchville next week on Saturday at 4 p.m. Bethel, while the Bruins are at Todd Stadium facing Warwick.