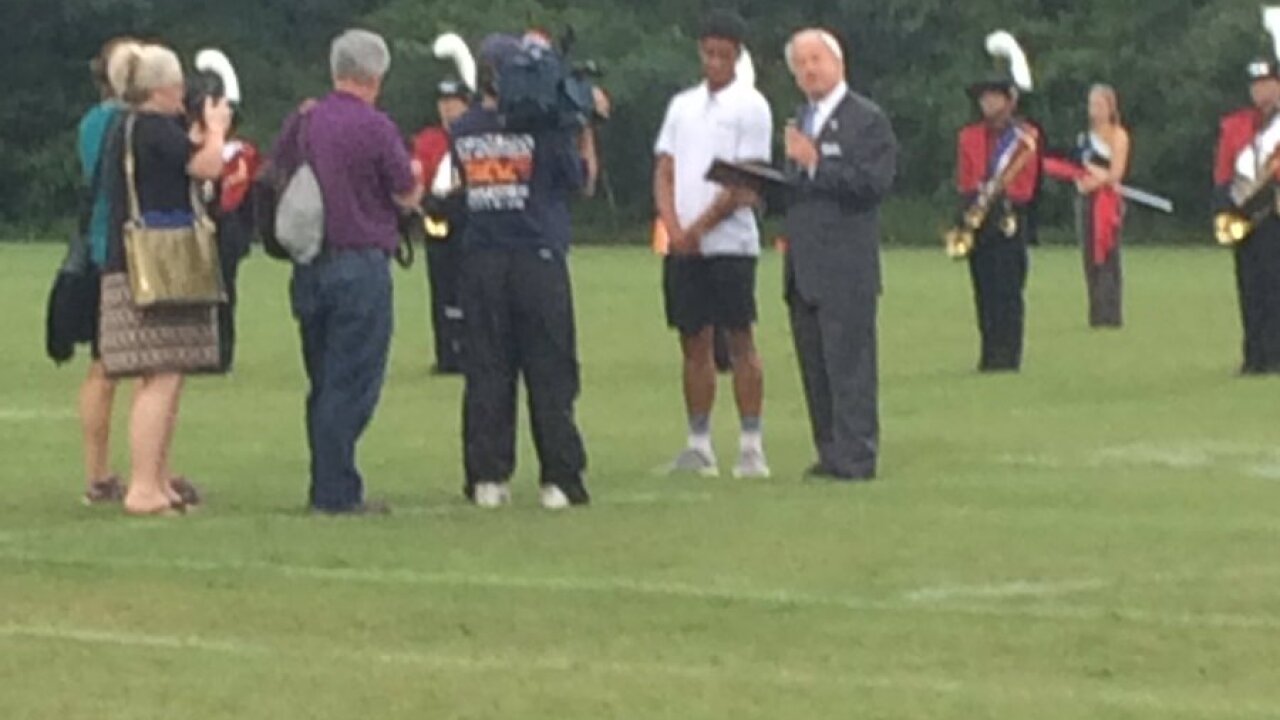 VIRGINIA BEACH, Va. – A Princess Anne High School sophomore was honored with the Virginia Beach Lifesaver Award from Mayor Will Sessoms on Thursday.

Miles Williams is being honored for a heroic act earlier this summer.

While Williams was skimboarding along the Chesapeake Bay, he heard two people about 50 yards away yelling for help as they had been caught in a rip current.

Without hesitating, Williams dove into the water and swam out to rescue the two swimmers, making two trips to bring them to the shore safely.

Williams was given the award by Mayor Sessoms before the kickoff of Princess Anne’s opening football game against Landstown High School on September 1.