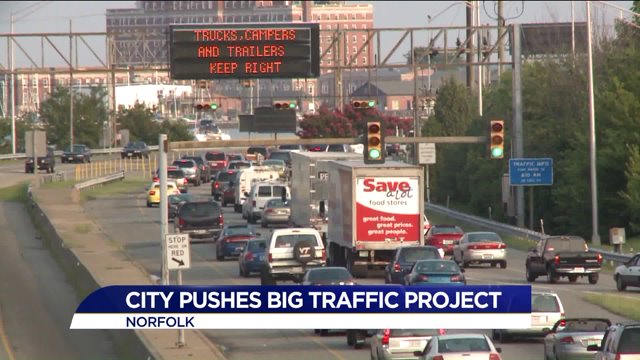 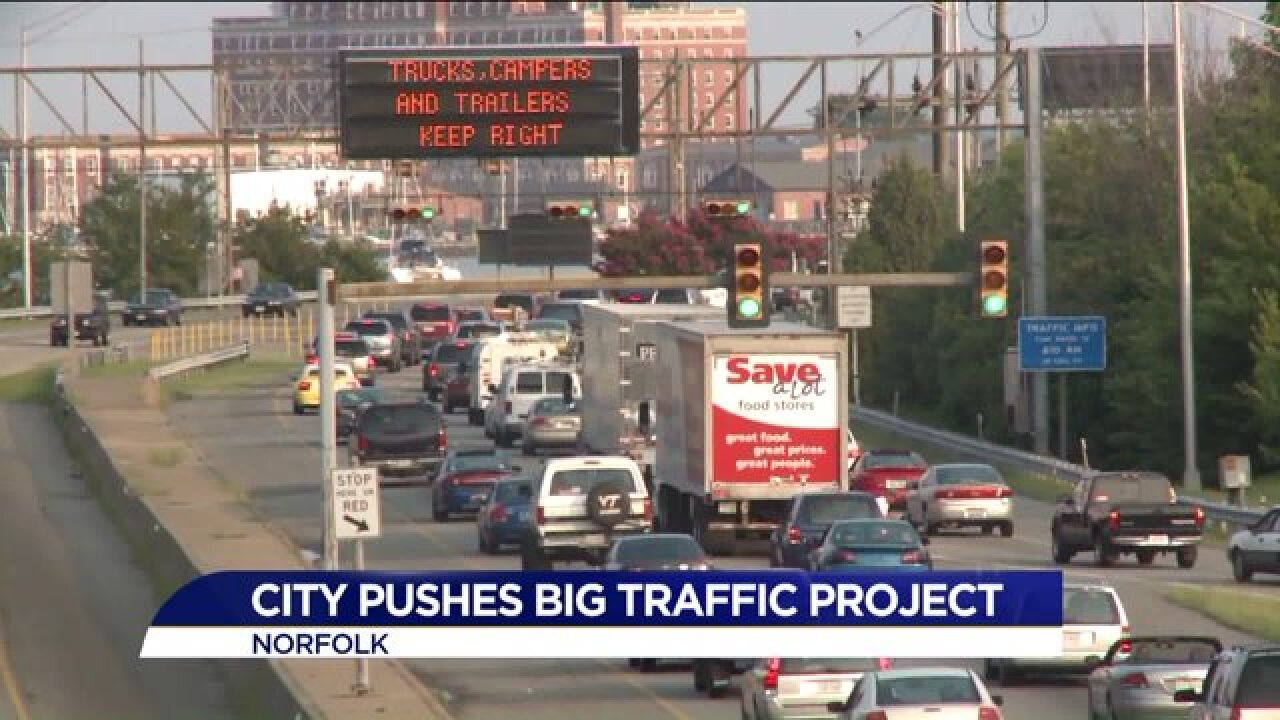 NORFOLK, Va. - Out of the four options to reduce congestion in Hampton Roads, the city of Norfolk is pushing for option D, which is the biggest project and one of the most expensive.

Norfolk leadership said option D is vital because of the third crossing it adds. This option creates a new crossing at the HRBT, Monitor-Merrimac and Elizabeth River costing $11.9 billion.

Kathi Jeffcoat, who lives in Commodore Park near a part of I-64 with a lot of traffic, is unhappy with the city's recommendation.

"That's not a good solution. We want to be able to cross from Hampton to Norfolk," said Jeffcoat. She prefers option B, which focuses more on the HRBT and costs $6.6 billion.

Scott Guirlinger said he walked into the meeting disagreeing with the city, but after listening to reasoning on why they prefer D, he agrees.

"It's not so much as this is the one biggest most expensive options, it just gives us the most options that the other ones don't," said Guirlinger.

Norfolk councilwoman Andria McClellan believes D is the best solution for the future, even at double the cost of some of the other options.

"It can be phased as the finances become available. Why would you want to go with an option that provides for all the alternatives as the money comes forward?" said McClellan.

Questions were asked about funding the project. The Executive Director of Hampton Roads Transportation Accountability Commission said at this point, taxes will not be raised.