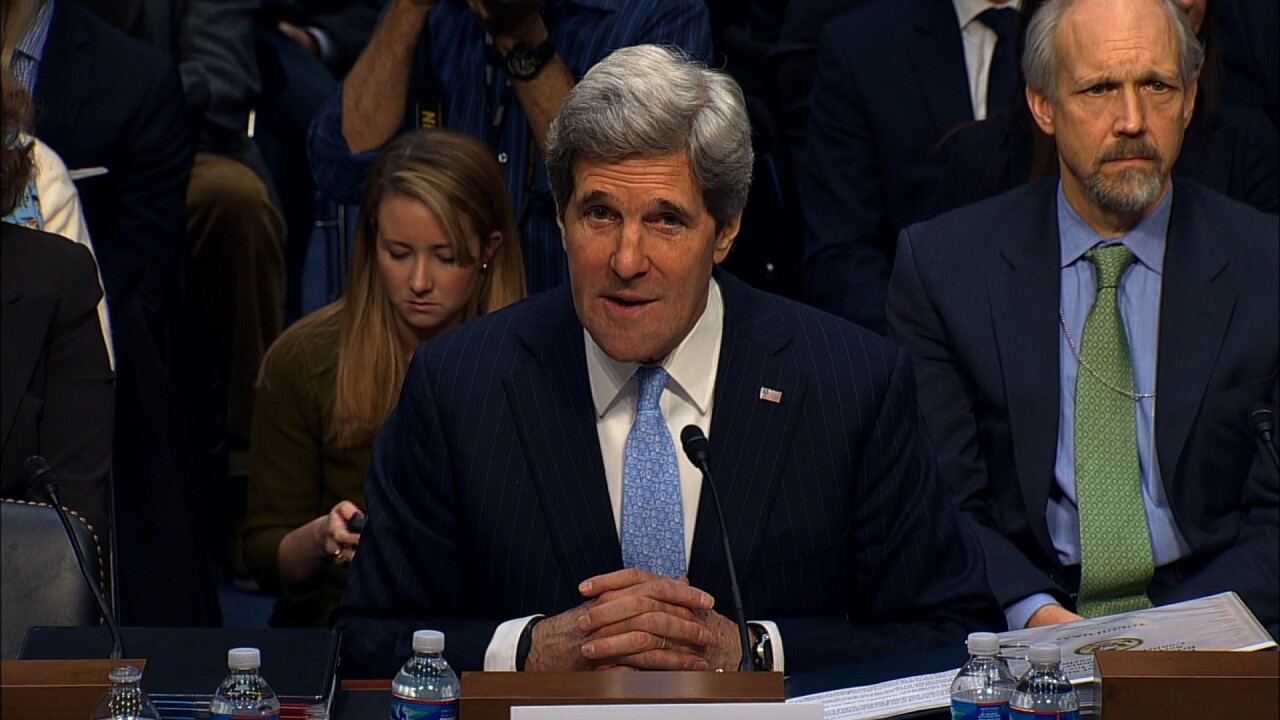 The United States is increasing its counter-terror coordination with Bangladesh, Secretary of State John Kerry announced during his trip this week to South Asia.

Kerry, while on his first official visit to Bangladesh, pointed Monday to an agreement to bolster to cooperation between the two countries’ law enforcement and intelligence agencies.

Speaking after meetings with the country’s top leaders, Kerry said they made “very clear (their) desire to cooperate with us very, very closely.”

He particularly stressed the need for the country to remain open and respect legal safeguards despite dealing with this challenge.

“We talked about all aspects of it, including the importance of inclusivity, of working with people, of making sure that you protect the democratic process even as you come down tough on the perpetrators themselves,” he said at a news conference in Dhaka.

While Kerry pushed back on a reporter’s assertion that Bangladesh had its “head in the sand” about the foreign connections behind recent attacks on its soil, he said that the US had stressed the role of ISIS, also knows as ISIL and Daesh, in the these incidents.

“We made it very clear, as you have just said in your question, that there is evidence that ISIL in Iraq and Syria has contacts with about eight different entities around the world, and one of them is in South Asia,” Kerry said. “And they are connected to some degree with some of the operatives here, and we made that very clear in our conversation. There was no argument about it.”

The secretary of state’s visit comes amid rising terrorism concerns in the region.

In July, Dhaka, Bangladesh, saw a vicious assault on a café. ISIS took responsibility for the attack, which claimed 20 lives — including that of an American citizen.

“Here in Dhaka, the July 1 attack at the Holey Artisan Bakery was an outrage clearly designed to divide Bangladesh, designed to try to cut off this welcoming society from the outside world,” Kerry said.

Kerry also commented on a number of smaller attacks that occurred over years past, ones that he said were designed to “push people apart” and “create internal strife.”

“The United States will continue to work very closely with Bangladesh and with partners on every single continent in order to defeat vicious terrorist networks, particularly those of Daesh and al-Qaida,” Kerry said.