US fires warning shots at Iranian vessel after close encounter 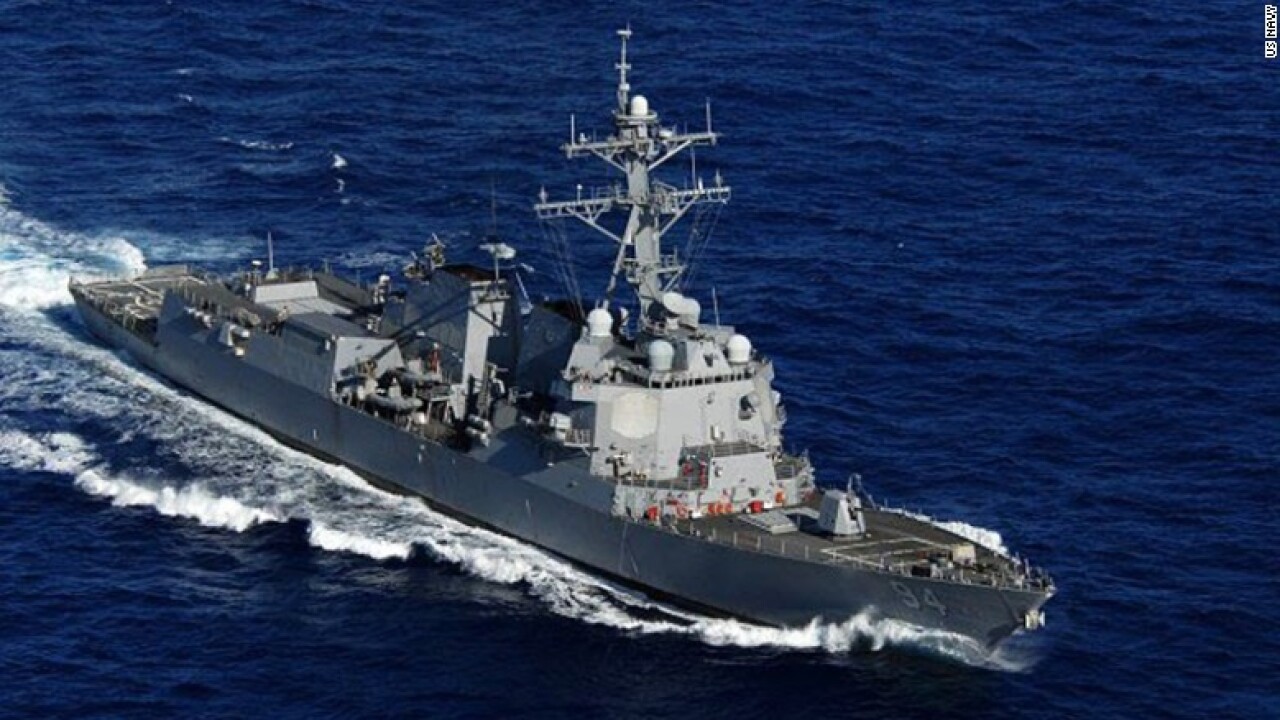 A US Navy patrol craft fired three warning shots at an Iranian Revolutionary Guard Corps boat Wednesday after US officials said it had harassed that patrol craft, CNN has learned.

Another US patrol craft and a Kuwaiti Navy ship were also harassed in the incident, which took place in the northern end of the Persian Gulf.

At one point, the Iranian boat came within 200 yards of one of the US Navy boats. When it failed to leave the area after the Navy had fired flares and had a radio conversation with the Iranian crew, the US officials said, the USS Squall fired three warning shots. Following standard maritime procedures, the Navy fired the three shots into the water to ensure the Iranians understood they needed to leave the immediate area.

In an encounter Tuesday, a US Navy official told CNN four Iranian Revolutionary Guard Corps vessels conducted a “high-speed intercept” of the USS Nitze in waters near the Strait of Hormuz Tuesday, deeming the incident “unsafe and unprofessional.”

The official said two of the vessels slowed and turned away only after coming within 300 yards of the US guided-missile destroyer as it transited international waters near the Strait of Hormuz, and only after the destroyer had sent multiple visual and audio warnings.

The incidents are only the latest in a series of all-too-close encounters with Iran in the region since December. These brushes have included Iranian rocket launches, drones flying over US vessels and the capture of US sailors in January. They come against the backdrop of renewed US diplomatic contacts with Iran, which has triggered a political backlash among Iranian hardliners, including the powerful IRGC.

In the wake of Tuesday’s incident, the Nitze and US Naval Forces Central Command have determined that the Iranian vessels were violating international law and maritime standards, acting dangerously and unprofessionally.

The Iranian vessels moved at high speed toward the Nitze, which was operating in accordance with international law in international waters and ignored maritime “rules of the road” as set out in the 1972 Convention on the International Regulations for Preventing Collisions at Sea. According to the Navy official, the IRGC vessels ignored multiple warnings, creating a dangerous, harassing environment that could have pushed the Nitze to take defensive measures, escalating the situation.

The US Naval Forces Central Command is responsible for approximately 2.5 million square miles of area that stretches from the Arabian Gulf to the Red Sea, Gulf of Oman, parts of the Indian Ocean and 20 countries.

Tuesday’s encounter took place as the Nitze and the guided-missile destroyer USS Mason were conducting what the official said was a routine transit near the internationally recognized strait. The official spoke to CNN anonymously to discuss military matters.

The four IRGC vessels approached at high speed. After identifying them, the Nitze tried 12 times to make contact by radio without receiving a response, according to the Navy official. As two of the Iranian vessels continued to barrel toward the Nitze at high speed, the destroyer used an internationally recognized maritime danger signal three times.

That signal — five short blasts of the ship’s whistle — is used when another vessel’s intentions are not understood or its indicated course is dangerous. At the same time, the Nitze also used visual warnings, firing 10 flares in the direction of the approaching vessels. Again, the destroyer got no response, the official said.

Despite the Nitze’s close proximity to off-shore oil rigs, the ship altered course to move away from the approaching Iranian vessels and avoid a potential collision. Only after the two Iranian vessels had closed to within 300 yards of Nitze did they slow their speed before ultimately moving away.

The intercept was another tense incident between the longtime foes over the past year.

In December, as part of a life-fire exercise, Iran’s military fired a rocket near the American aircraft carrier, the USS Harry Truman.

And in January, the IRGC captured 10 American sailors when their two Riverine Command Boats accidentally strayed into waters near Iran-controlled Farsi Island, in the Persian Gulf. The sailors were released soon after.

Later that month, Iran reportedly flew an unarmed drone over a US warship, a move that a US navy official called “abnormal and unprofessional.”

In July, Iranian ships sailed close to USS New Orleans while Gen. Joseph Votel, commander of Central Command, was aboard.