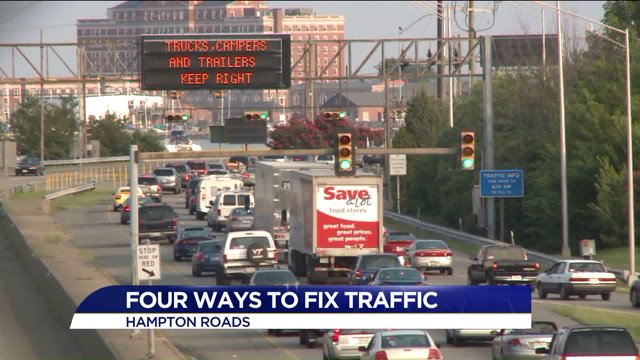 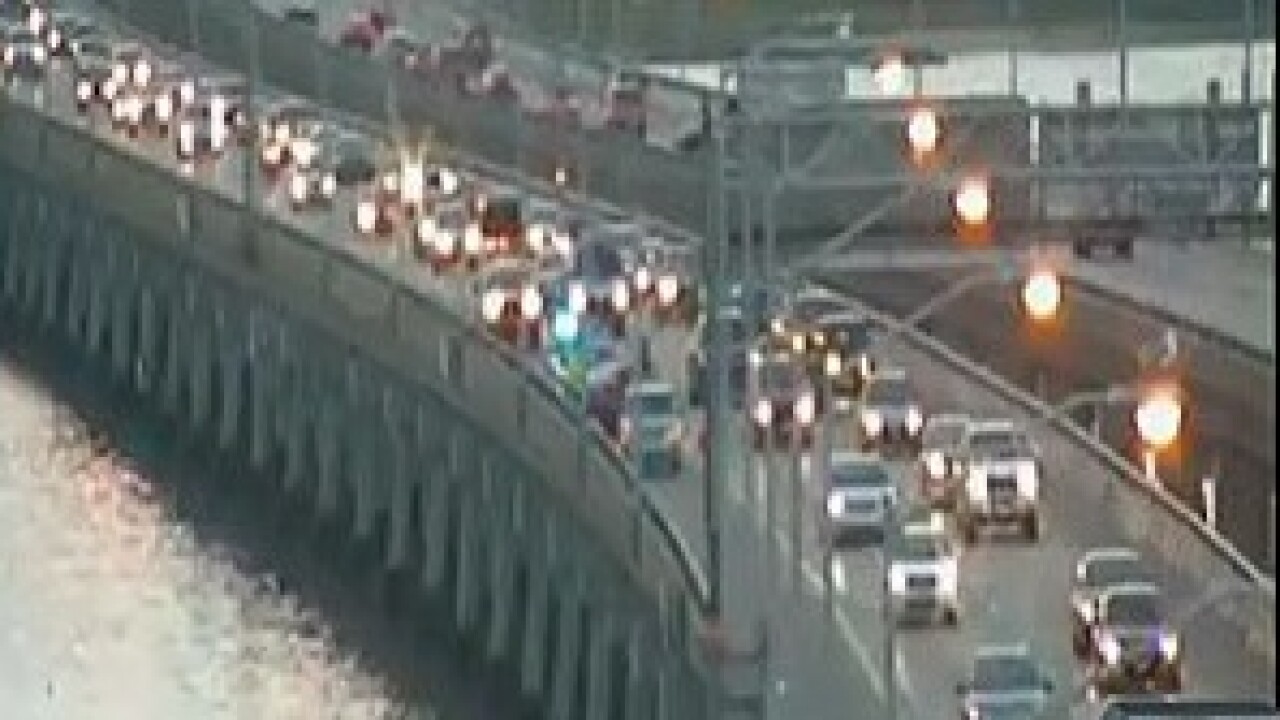 It's no secret traffic on I-64 and at the HRBT is at times a problem for motorists.

The congestion could get better in the future although a fix could take years. The Virginia Department of Transporation briefed the Virginia Beach City Council on four alternatives to improve traffic issues.

City Councilman John Moss believes the city will focus on the cheaper alternatives.

Alternative A costs $3.3 billion and would make I-64 a six-lane highway from I-664 in Hampton to the I-564 Interchange in Norfolk. In this alternative, a parallel bridge tunnel would also be constructed west of the current HRBT. The tunnel width would match the expanded capacity on the approaches.

Councilman Moss believes the cost would be worth it. "Is it high? Yes, but does anyone want to sit in more traffic than what we sit in now or choke off our community from economic growth? I think that answer is no. It's the value, not the price."

Alternative C would include improvements along I-564, across the Elizabeth River, and south to VA 164 that are included in Alternative B. However, this alternative does not include improvements to I-64 or VA 164. Instead, this alternative would continue west from I-564 over water and tie into I-664. This alternative would widen I-664 from I-64 in Hampton to I-264 in Chesapeake. A parallel bridge-tunnel would be constructed west of the existing Monitor-Merrimac Memorial Bridge-Tunnel (MMMBT); the tunnel width would match the expanded capacity on the approaches. Alternative C also converts the HOV lanes along I-564 in Norfolk to transit only. The I-564 Connector and the I-664 Connector would be constructed with one transit-only lane in each direction. These transit-only lanes continue in each direction north along I-664 to the terminus with I-64 in Hampton. This alternative costs $12.5 billion.

The Virginia Department of Transportation is asking for your input.

Input will be collected until September 19.