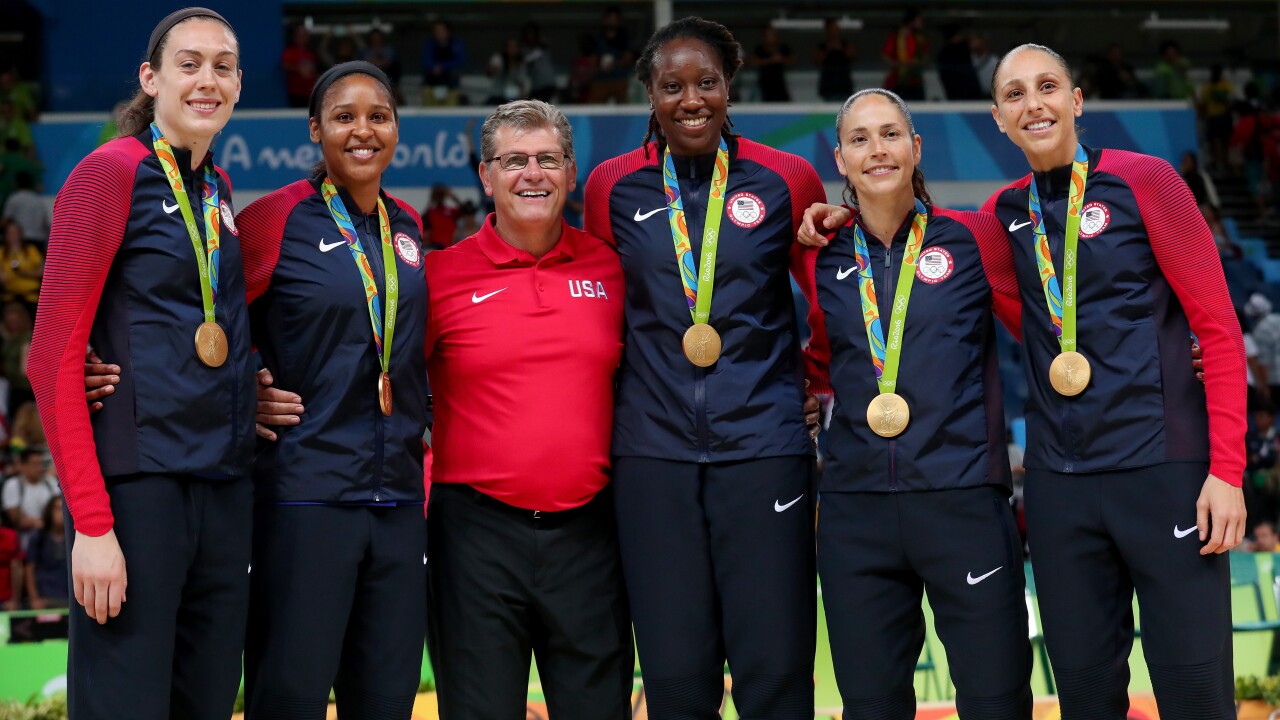 (CNN) — Sorry Usain Bolt, but if ever a competitor was guaranteed Olympic success before competition began, this was surely it.

The day after Jamaica’s sprint superstar completed his historic “Triple-Triple” of medals, the US women’s basketball team claimed yet another gold at Rio 2016 Saturday as it trounced Spain by 101-72

Remarkably, it was the Americans’ sixth straight Olympic triumph — a record stretching to the Atlanta Games of 1996.

Saturday’s win also continued a 49-match Olympic winning streak and was comfortable even by the exacting standards of Team USA.

There were 17-point hauls for Diana Taurasi and Lindsay Whalen, with Maya Moore adding 14 of her own.

Prior to Saturday’s final, the US women had racked up an average margin of victory of 38.4 points across its seven games in Rio.

The closest any team had come was France in the semifinals, and that match still ended with a convincing 19-point win for Team USA.

“It’s pretty incredible,” Taurasi told reporters Saturday. “We had a goal to win the gold medal but there’s something more to it than that.

“It’s not about one person, one coach — it’s about, ‘How can we make this the best basketball team ever?'”

The only competition to that title is likely to come from previous American teams. The US women now have a 65-3 Olympic record.

The last defeat was the semifinal of the Barcelona Games in 1992 against the CIS — a team comprised of former Soviet republics.

When asked about recognition for the team’s sixth consecutive Olympic success, forward Angel McCoughtry said, “That’s unreal. We need to be on the Wheaties box.”

Now, thoughts will turn to building up for another title defense at Tokyo 2020.

“It’s been so awesome I’m kind of sad it’s over,” said Elena Delle Donne, who had 10 points, four rebounds and two assists against Spain. “But it ended the right way.”

The US men will now seek to win their third consecutive title in Sunday’s final against Serbia.