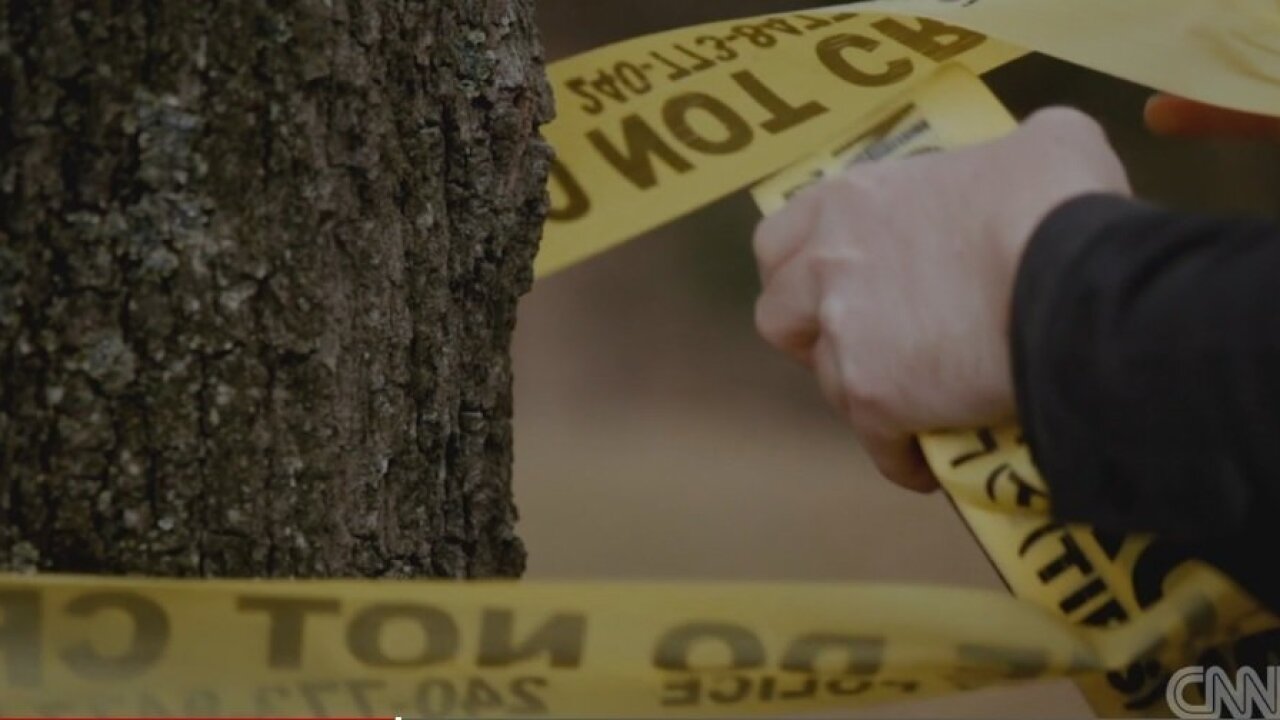 When Sue Marcum met Jorge Landeros in the summer of 2005, her closest friends said she was “over the moon,” but there was something about him that made them suspicious.

“The stuff that she said to us [made us want to warn her] kind of like, ‘run Sue, he sounds nutty,'” recalled Beverly Myers, Marcum’s friend for 25 years. “But the nuttier he was, the more appealing he was to her.”

Marcum, a Washington, D.C.-area accounting professor, was impressed with Landeros’ intelligence, friends said. Landeros had worked as a stock broker and was teaching Spanish, practicing yoga and meditation.

“You couldn’t really put your finger on him,” said Myers. “I think that’s what she liked.”

Landeros — who was born in Mexico — was fluent in three languages and knew a lot about financial markets and investments.

Larry March, another of Marcum’s closest friends, said, “Sue talked about him like he was on a pedestal, he was like a god.”

But after March met Landeros, he told her, “I don’t like this guy. There’s something about him I just don’t like.”

Although Marcum never offered details about her relationship with Landeros, at one point she told friends she was open to romance.

“There was a period of time that he would come to her house at the crack of dawn and they would do meditation together,” Myers recalled.

In 2006, Marcum introduced Landeros to Don Williamson, a fellow accounting professor, asking him to help Landeros with some tax problems.

If only Marcum had listened to her friends.

Perhaps if she had known more about how to protect herself from being taken advantage of, things might have worked out differently.

Landeros moved back to his hometown of Juarez, Mexico.

She stopped talking about him, Myers said. She threw herself into her gardening and work.

“She was basically giving up anything that had to do with him,” said March. “She just wanted a clean slate.”

‘I knew something was wrong’

One day in October 2010 March was driving to Marcum’s house for one of their frequent weekend visits.

“I remember my heart was just racing, I knew something was wrong, I could just taste it.”

He had a key to her house, so he let himself in. “It looked like a robbery, but people left — like they were going to rob the place — but they left everything there.”

Panicked and shaking, March took the stairs down to the basement, where he found Marcum lying dead on the floor. “It was obvious she hadn’t just fallen,” he said. “Something had happened.” March called police.

Marcum had been hit with a glass bottle, said Sgt. Lawrence Haley, of the Montgomery County Police Department. “Just because of her general position, we had concerns that she may have been strangled as well.”

Police said items in Marcum’s house had been staged to look like a burglary gone bad.

An investigation started. Police said they found a $500,000 life insurance policy of Marcum’s listing Landeros as the sole beneficiary.

Then police learned that Marcum had refinanced her home and given the money to Landeros, who invested it in a foreign exchange market.

“That is a very volatile financial market. You can make a lot of money, but you can lose a lot,” said Haley.

“It’s not hard to imagine that Jorge came into town,” Haley said. “He and Sue got together to discuss their past relationship and the finances and the money that he owed her.

“It’s very easy to see how that could lead to a very heated argument or some other sort of altercation that ended up with Sue being killed,” Haley said.

A DNA match and a murder charge

After an investigation, police were able to obtain a sample of Landeros’ DNA. It tested as a match with DNA found at the crime scene, police said.

In 2011, Landeros was charged with Marcum’s murder and a warrant was issued for his arrest.

Then, something very surprising happened.

Landeros called Washington Post reporter Dan Morse to deny that he killed Marcum. He also said he was calling from Juarez and he wouldn’t come to the US to answer police questions.

Landeros offered an explanation for some of the evidence against him. “He says, ‘Look, I was at Sue’s house all the time. My DNA’s all over the place,'” Morse recalled. He also volunteered to Morse the information that he and Sue had a life insurance policy together.

The Post published Morse’s account of his phone interviews with Landeros and in the five years since, the FBI has been working with Mexican authorities to find Landeros and extradite him to the US for trial.

Vulnerable to being fooled

Even though Marcum’s friends were honest with her that they felt something wasn’t right about Landeros — and her accountant professor colleague had said not to give him money — Marcum continued to see him.

She was “infatuated,” March said. “She was just so impressed with his intelligence.”

Landeros is well read and likes to quote from literature in his daily conversations, police said. He has denied any financial impropriety.

Author Maria Konnikova, who researched scam victims and techniques for her book “The Confidence Game,” says everyone — no matter how smart or skeptical — can be vulnerable to a confidence game.

“They look at you and they can read all the signs you’re giving off … your weak points, your hopes, your dreams, what makes you tick.”

They offer us hope, she said.

Want to live in a world with more meaning?

A talented confidence artist could serve up some kind of philosophical or religious line that could make us feel like we have a new key to the meaning of life.

How do they know so much about what we want?

She writes about five stages of a successful confidence game:

Two key points of entry when a con artist approaches a target include flattery and emotional vulnerability. They may troll online obituaries to see who’s dead, and search for emotionally vulnerable relatives for potential targets.

Surprisingly, just because they may be running a con, they’re not necessarily breaking the law.

“They didn’t steal; you willingly handed over cash,” Konnikova told New York Magazine. “The whole premise of the confidence game is that they ask for your confidence, and you give it to them. We con ourselves as much as they con us, because we supply the missing links, we tell ourselves the story that we want to hear.”