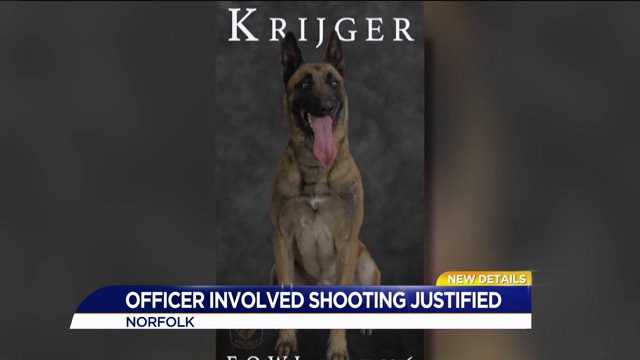 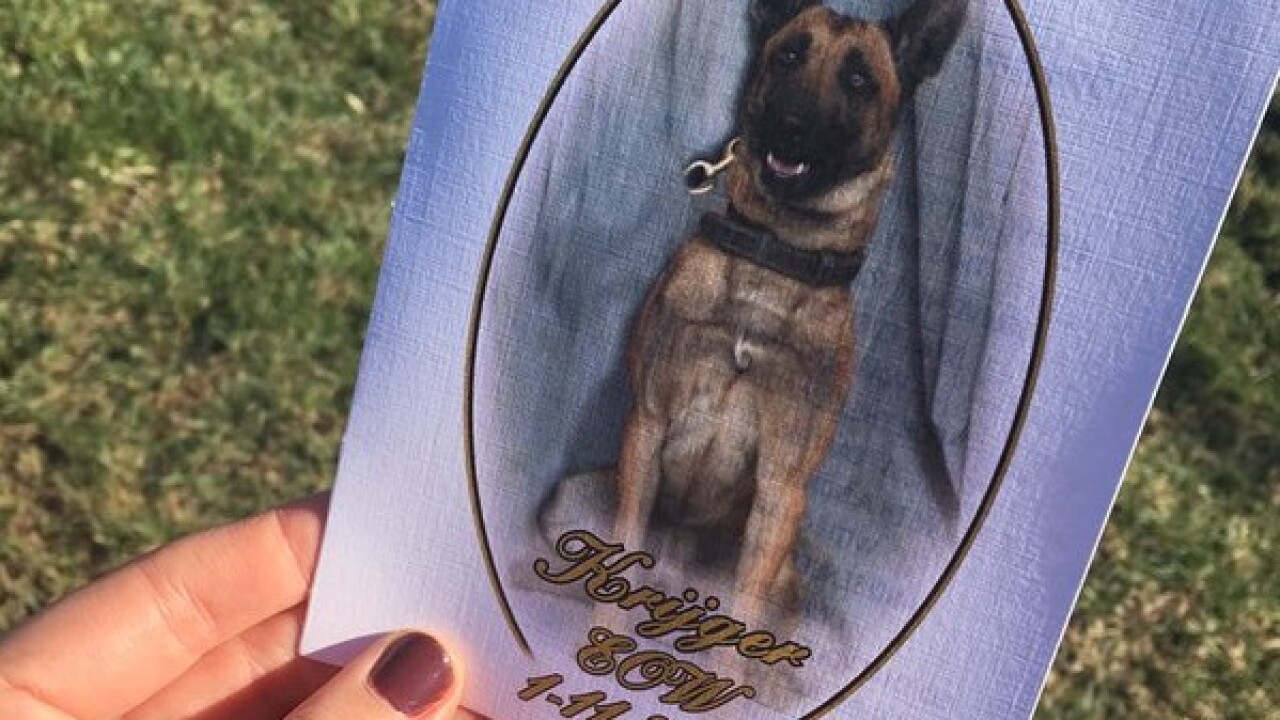 NORFOLK, Va. - A January officer-involved shooting that resulted in the death of a man who shot and killed a Norfolk Police K-9 has been found to be justified by the Norfolk Commonwealth's Attorney.

Around 6:30 p.m. on January 10th, Norfolk Police officers were called to the home of 58-year-old Keith Richardson after his wife had reported he pointed a gun at her and threatened to kill her.

Richardson worked as a firing range officer at Bob's Gun Shop and was trained in the use of firearms and knives.

According to the legal review of the use of force, officers made contact with Richardson outside of his house and attempted to talk to him about what happened with his wife. Richardson's first reaction was to shine a powerful flashlight on the officers, which affected their ability to see him.

Officers asked Richardson several times to turn off the flashlight and cooperate but he refused and threatened to shoot them before retreating into his house.

At this point, officers began to take cover behind vehicles and trees as additional officers and the Norfolk Police Hostage/Crisis Negotiation Team responded to the scene.

Richardson continued to threaten officers, saying he would harm any officers who might try to arrest him, and that he could "take head shots on police" if he wanted. He also told police he was fortifying his house, threatened to "end it" and that it was "coming to total war."

After six hours of negotiations, officers heard a single gunshot from inside of the house and lost telephone communication with Richardson. Officers then rammed the door with an armored vehicle in order to make entry.

Contact was reestablished with Richardson and two more gunshots were heard from inside the house.

Believing the gunshots to possibly be a lure to get officers inside, tear gas was deployed inside the home in an attempt to get Richardson to exit the house.

At 1:20 a.m., Richardson came out of the house holding a handgun in his right hand. Negotiators repeatedly asked him to drop his gun and he refused while advancing toward officers that were positioned on the side of the house next door.

Police made the decision to deploy the K-9, Krijger, after Richardson refused to surrender and started moving toward the officers. Krijger grabbed Richardson's left arm, which eventually caused him to fall to the ground. Richardson continued to struggle with Krijger before pointing his gun into the side of the dog and firing two bullets into Krijger's torso.

As Richardson started to get up, he pointed his gun at several officers.

At this time, an officer positioned in the turret of the armored vehicle that was maintaining cover for those officers, witnessed Richardson point the gun toward them and he made the decision to use deadly force.

The officer fired three rounds at Richardson from his department issued rifle. A second K-9 officer then moved in with several officers to take Richardson into custody.

Paramedics responded to the scene and tended to Richardson as he was transported to Sentara Norfolk General Hospital. He immediately underwent emergency surgery for his wounds but died the next afternoon.

K-9 Krijger was rushed to an emergency veterinarian but died on the way.

According to the Commonwealth's Attorney's legal review of the officer's use of force, the officer's actions were "in accordance with his duties and training and was dictated by Keith Richardson's actions in utilizing deadly force to kill K9 Krijger, Richardson raising the handgun to a potential firing position, Richardson's failure to surrender to the law having felony and misdemeanor warrants pending, and Richardson's expressed will over many hours that he would kill any police officers who tried to take him into custody."

The Commonwealth's Attorney concluded that, "No charges will be sought with respect to the death of Keith Richardson."