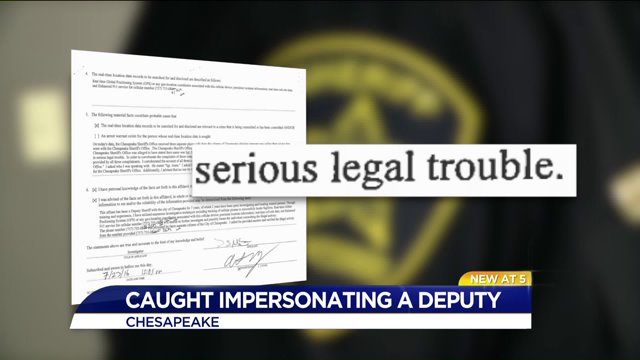 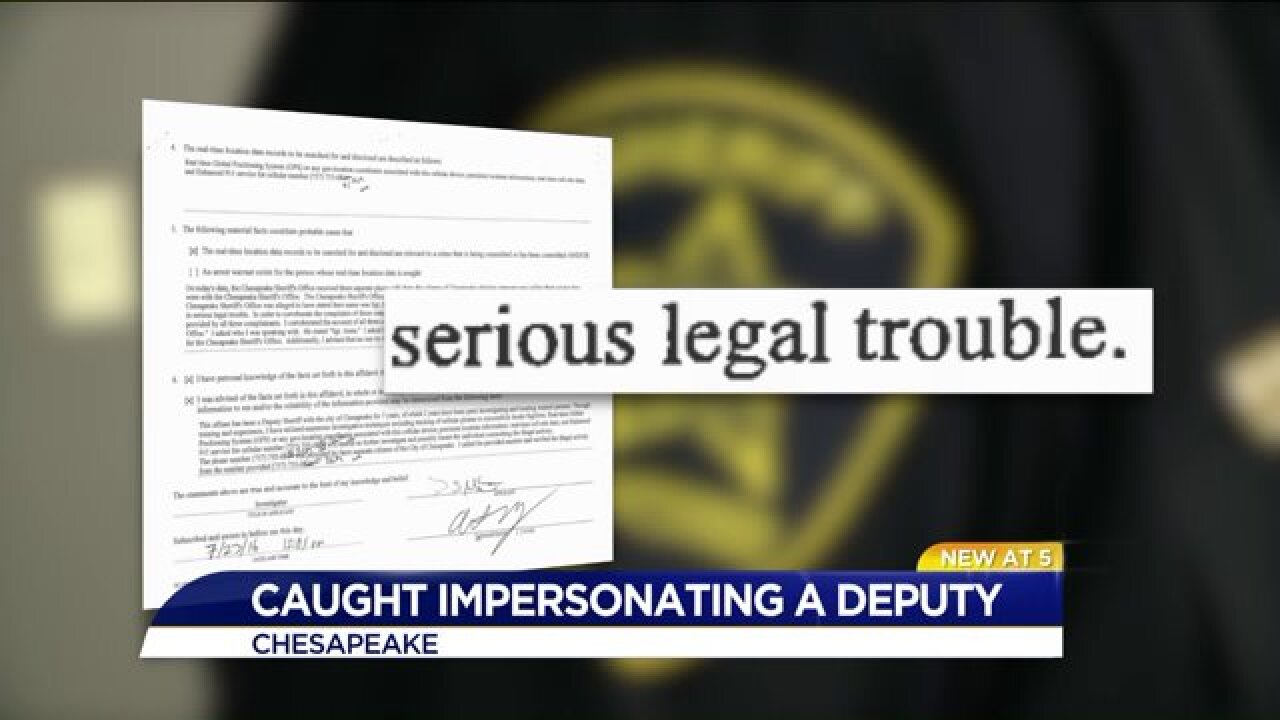 CHESAPEAKE, Va. - Deputies with the Chesapeake Sheriff’s Office are taking action to help residents, after reports of a phone scam starting coming in to their office.

For deputies however, this is not just any phone scam. Court documents say the man on the other line was pretending to be one of them: Sgt. Jonathan Jones with the Chesapeake Sheriff’s Office.

“We do not have a Jonathan Jones who works here,” said Lt. Col. David Hackworth.

Court records say the man would call and tell residents they are in “serious legal trouble”.

Faced with a possible impersonator, court records say investigators decided to confront the impersonator via phone. Once the man found out who was on the other line however, he ended the call immediately.

We tried to call Jonathan Jones ourselves, but the number has been disconnected.

“When we have somebody impersonating us, it is about our reputation in our community,” said Hackworth. ”It is really a big concern for us.”

While the case is still under investigation, deputies are using the recent scam as an opportunity to remind residents to call them if they suspect something suspicious.

“If they ask you for financial institution or credit card numbers do not give that out,” said Hackworth. “We will never call and solicit money over the phone.”

Officials with the Chesapeake Sheriff’s Office say the scammer may use a different name or tactic, but they are ultimately after financial information.

Officials say they had a similar scam in February, and have seen similar scams pop up in Virginia Beach, Norfolk and Newport News.

Officials with the Chesapeake Sheriff’s Office weren’t able to say whether or not they think these cases are related to their recent scamming incident.

In Virginia, the scammer is facing a class 1 misdemeanor charge for impersonating a police officer, a charge which carries up to a year in jail.

No one has been arrested in this case, but if you think you have also been contacted by Jonathan Jones, or any other scammer pretending to be a Chesapeake Sheriff’s Office deputy, call their office at (757) 382-6157.

If you’ve been contacted by a possible scammer pretending to be from a separate law enforcement department, Chesapeake deputies are asking residents to call that respective department instead.