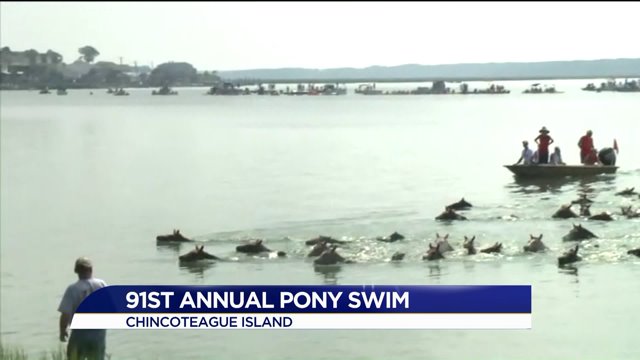 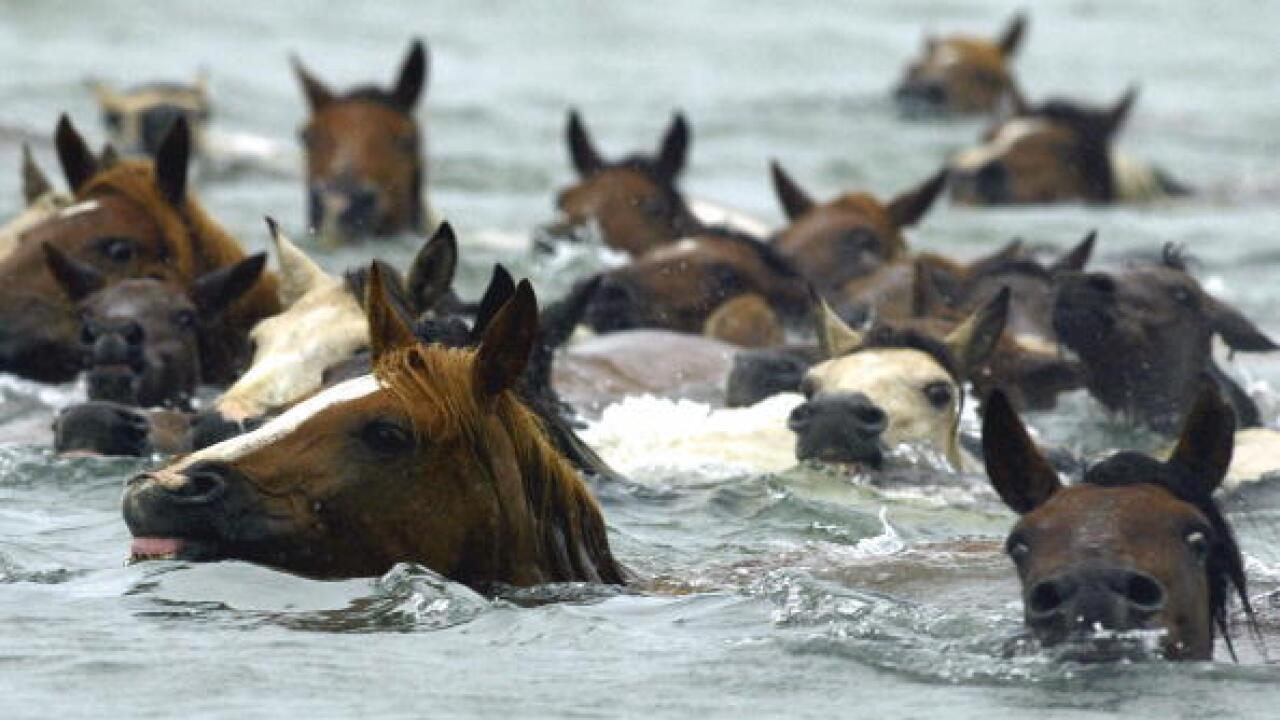 Thousands of people lined the shores of Memorial Park and Pony Swim Lane to watch the world famous annual swim.

Every year in July, approximately 150 wild adult ponies that live on Assateague Island, along with 60 to 70 foals born in the spring, are herded up by a group of 'Saltwater Cowboys' and corralled at the southern end of the island.

At low tide on the last Wednesday of the month, boats line the Assateague Channel to create a pathway for the ponies to make their yearly swim to Chincoteague Island.

After reaching the island, the ponies are paraded to carnival grounds where the foals are auctioned off. The auction of foals will take place Thursday at 8 a.m. at the Carnival Grounds on Main Street.

The auction helps maintain the size of the herd.

“All proceeds from one of the buy backs this year will benefit Special Olympics of Virginia Eastern Shore Area 19,” according to Roe Terry, Public Relations Officer for the Chincoteague Volunteer Fire Company.

The week's events will end with the return swim of the adult ponies to Assateague Island on Friday morning.

Lots of festivities are held in the week leading up to the events, including the Chincoteague Volunteer Fireman's Carnival with rides, games, raffles, local food and live entertainment. 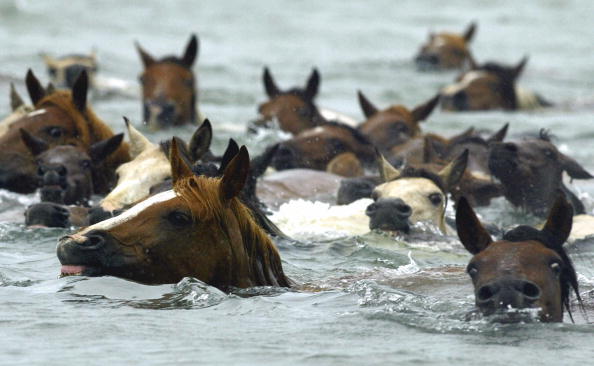