Michael Jordan: ‘I can no longer stay silent’ on police shootings 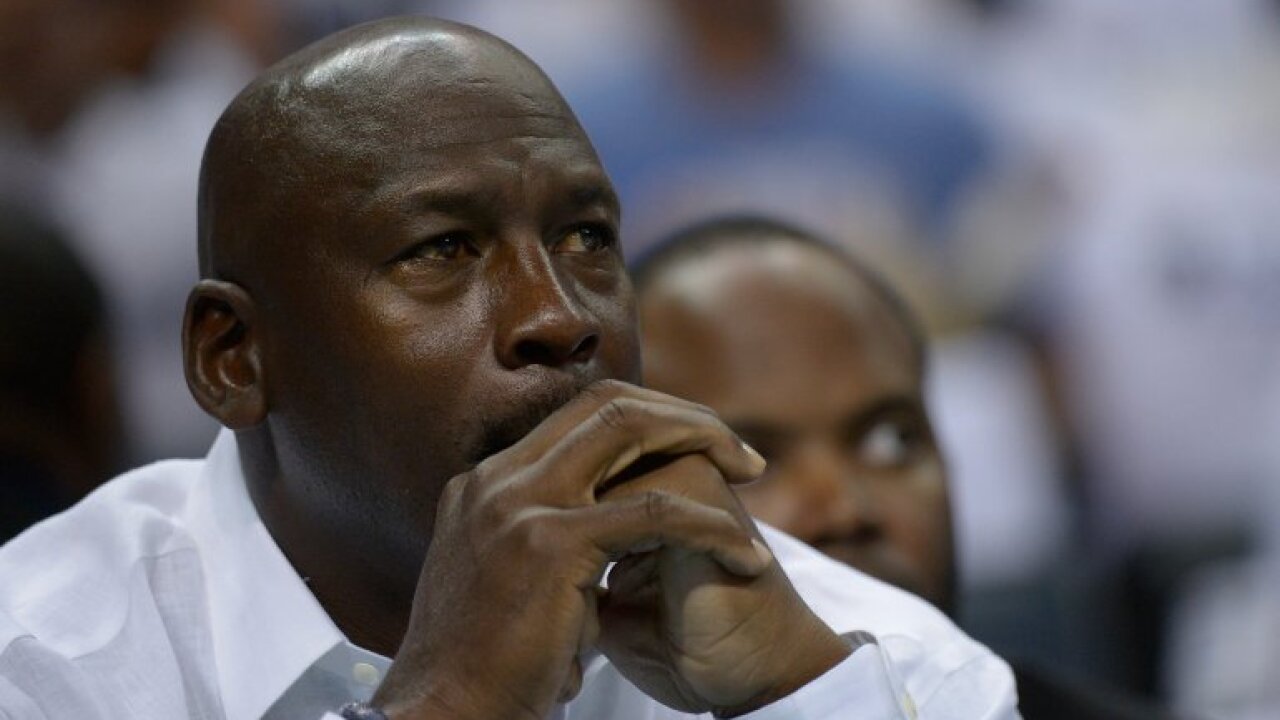 “I can no longer stay silent.”

So says Michael Jordan, widely considered the best NBA player of all time but someone who has refrained from using his celebrity to take a public stand on social issues.

Jordan, who owns the Charlotte Hornets, published a one-page letter on The Undefeated, a new ESPN platform dedicated to exploring the intersections of race, sports and culture. In that letter, posted Monday, Jordan said that he would be donating $1 million each to the International Association of Chiefs of Police’s newly established Institute for Community-Police Relations and the NAACP Legal Defense Fund.

You can read Jordan’s entire statement online at The Undefeated.

The Hall of Famer also sheds light on violence from a personal perspective. Jordan’s father, James Jordan, was gunned down by two robbers in 1993.

“As a proud American, a father who lost his own dad in a senseless act of violence, and a black man, I have been deeply troubled by the deaths of African-Americans at the hands of law enforcement and angered by the cowardly and hateful targeting and killing of police officers,” Jordan wrote. “I grieve with the families who have lost loved ones, as I know their pain all too well.”

“I was raised by parents who taught me to love and respect people regardless of their race or background, so I am saddened and frustrated by the divisive rhetoric and racial tensions that seem to be getting worse as of late. I know this country is better than that, and I can no longer stay silent. We need to find solutions that ensure people of color receive fair and equal treatment AND that police officers — who put their lives on the line every day to protect us all — are respected and supported.”

Jordan’s letter comes two and a half weeks after an Army veteran shot and killed five police officers in Dallas, saying he was angry over police shootings of black men.

Jordan also wrote that while he has the “greatest respect” for the sacrifice and service of people in law enforcement, he recognizes that his experiences with law enforcement are different for him than for many other people of color.

“I have decided to speak out in the hope that we can come together as Americans, and through peaceful dialogue and education, achieve constructive change,” he said.

As a star player with lucrative endorsement deals, Jordan wasn’t known for taking a stand on issues, prompting NBA icon and activist Kareem Abdul-Jabbar to say in an NPR interview in November that Jordan “took commerce over conscience.”

But that appears to have changed in recent months.

Prior to his letter, Jordan spoke out on North Carolina’s controversial bathroom bill in his efforts to keep the NBA All-Star Game in Charlotte.

“As my organization has stated previously, the Charlotte Hornets and Hornets Sports & Entertainment are opposed to discrimination in any form, and we have always sought to provide an inclusive environment,” Jordan said in a statement to the Charlotte Observer in April.

The 2017 All-Star Game ultimately was moved from Charlotte and will be played at a yet-to-be-determined location.

Jordan also issued a strong statement in April 2014 about former Los Angeles Clippers owner Donald Sterling, who was banned for life by NBA Commissioner Adam Silver after making racist remarks to his then-girlfriend about not wanting her to bring black people to games.

“I look at this from two perspectives — as a current owner and a former player,” Jordan said then. “As an owner, I’m obviously disgusted that a fellow team owner could hold such sickening and offensive views. … As a former player, I’m completely outraged. There is no room in the NBA — or anywhere else — for the kind of racism and hatred that Mr. Sterling allegedly expressed.

“I am appalled that this type of ignorance still exists within our country and at the highest levels of our sport. In a league where the majority of players are African-American, we cannot and must not tolerate discrimination at any level.”