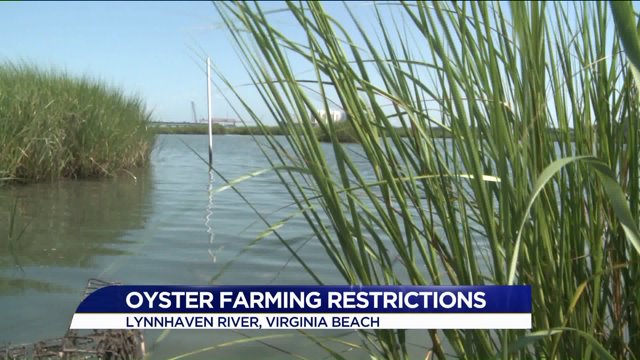 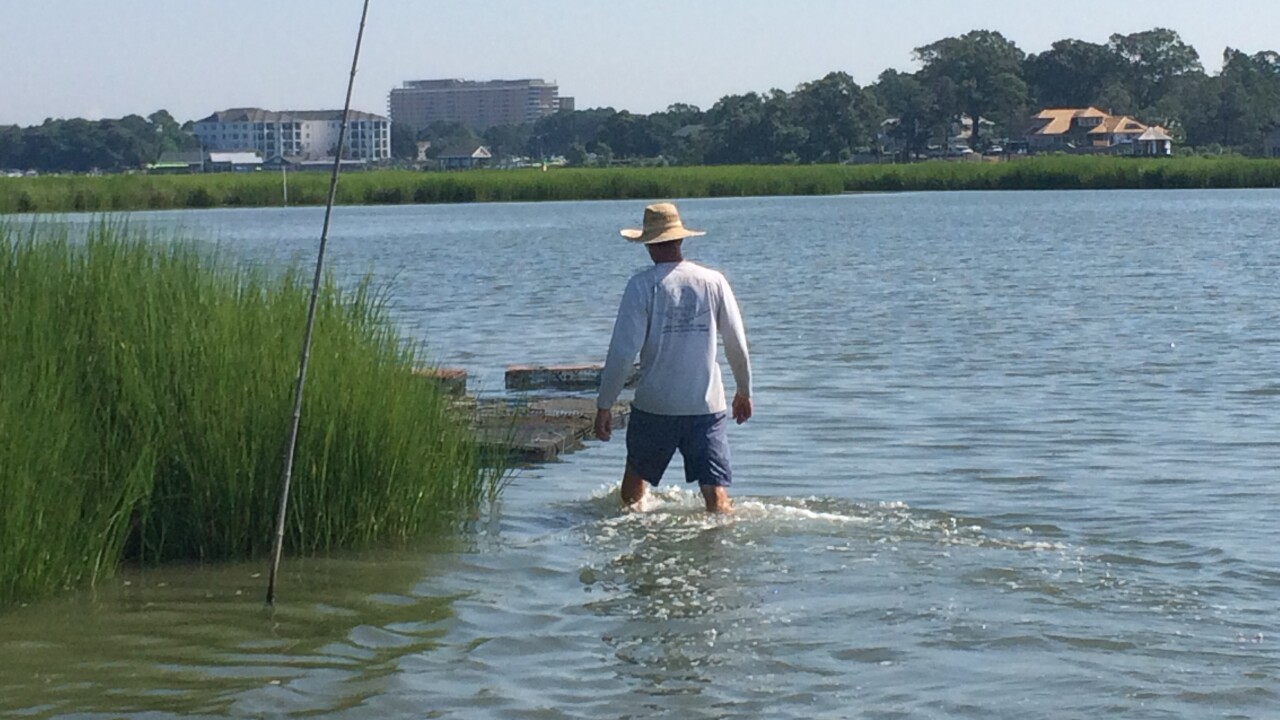 VIRGINIA BEACH, Va. – Oyster Farmer Chris Ludford is taking action to protect the harvesting of Lynnhaven Oysters after he said residents are trying to impose new regulations through a task force.

In 2008, Ludford said his family made the switch from crab catching to oyster harvesting. He said the state even gave them a grant to grow oysters as the crab supply attempted to restore itself from an all-time low.

In 2009 and 2010 the Ludford family bought the gear and started to grow. Of the million oyster larvae that he bought, only 40% will survive.

Taking a few years to grow and perfect his farming practices, Ludford now has more than 100 cages submerged on his leased water space.

Staying in compliance with the Virginia Marine Resource Commission regulations, Ludford has signs posted on the perimeter of his cage line. He marks each stack of cages with a PVC pipe so it can be seen by boaters passing through.

Residents attending a VMRC meeting in June originally complained about safety of not being able to see the cages. They then addressees the cage signs being seen, and the eye sore of the PVC pipe and signs. They formed a committee to address these concerns and are now attempting to impose new regulations.

Ludford, along with 13 other farmers, were issued warnings about how cages need to be used and maintained. He said this all comes after he tried to lease another parcel for oyster farming.

Recently, Ludford even started giving tours to visitors because of how interested they have been able where the food comes from. At the end of the day, he said he just wants to continue to harvest oysters so he can provide them to the restaurants who serve tourists that come here for that reason.

News 3 emailed members of the task force and got their side of the story: According to John Forte, a member of the committee, commercial oysterman are in compliance with the state and are only against proposed restrictions because it will hurt profits.

The changes would allow more access to waterways that the task force said are somewhat dangerous now because of cage location. Forte also said residents are concerned that operations will grow and these restrictions would keep farms small. He cited other areas in the Lynnhaven River that are better options for oyster farming.