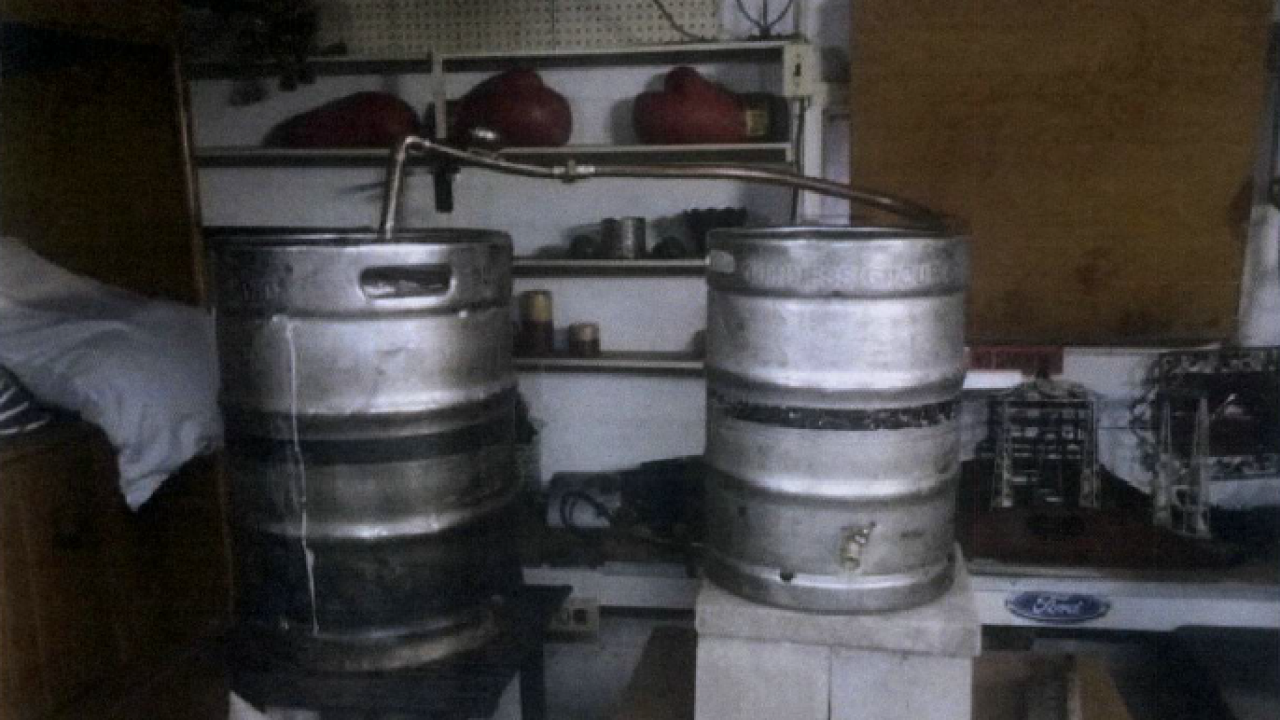 GLOUCESTER CO., Va. – Two Gloucester County residents were charged after they were found in possession of a moonshine still that was advertised for sale on Craigslist.

The Virginia Department of Alcoholic Beverage Control received a tip on July 12 about the moonshine still being advertised.

Special agents set up an undercover buy operation with the sellers on July 14.

As a result of the bust, 33-year-old William Carver and 21-year-old Brandon Tyler Champ were charged with possession of a distilling apparatus without a permit.

The still was seized during the operation.