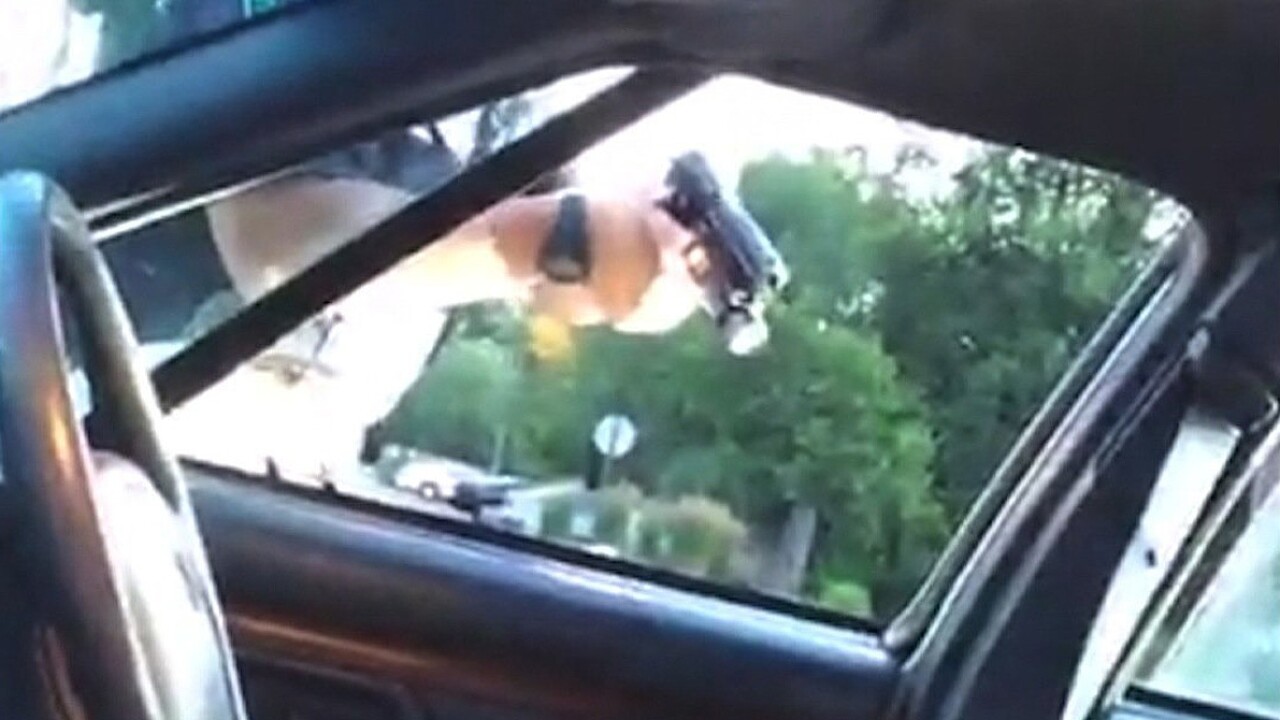 Falcon Heights, Minn. – A man who was shot by police during a traffic stop near Minneapolis on Wednesday night has died — and video posted to Facebook apparently shows the aftermath following the shooting.

The incident took place in Falcon Heights, Minnesota, near Minneapolis.

No one besides Castile was injured in the shooting — which comes amid a national debate in the U.S. on when officers can use lethal force — Sgt. Jon Mangseth, the interim chief of the St. Anthony Police Department, told reporters.

In the car with him were a young girl and an adult woman, who live-streamed the immediate aftermath of the shooting on Facebook.

“Stay with me,” are the first words heard in her video. “We got pulled over for a busted tail light in the back.”

The camera shows the woman speaking, then turns to a man in a white shirt, covered in blood. Out the window appears to be a police officer with his gun drawn.

The footage was streamed on a Facebook account under the name Lavish Reynolds. WCCO spoke to Castile’s family who identified the woman as Diamond Reynolds.

In the video’s first minute, Reynolds says that Castile is licensed to carry a firearm. She claims that before the shooting, her boyfriend was trying to get his ID from his wallet in his back pocket.

The video appears to be shot with the phone’s front-facing camera, so the perspective is flipped, as letters would be in a mirror. Because of this, the steering wheel appears to be on the wrong side of the car.

Update: man shot by police in #FalconHeights died at HCMC. His mom identifies him as Philando Castile, 32 #wcco #cbs pic.twitter.com/OKxMP0VG65

“We all know my nephew was a good kid and we want justice as well as relief,” he said.

Castile said that Philando worked as a kitchen supervisor for the St. Paul School District. The last time the two of them spoke was in May. They talked about setting up a nest egg for Philando’s eventual retirement.

“My nephew has a (concealed carry) permit, and still got killed for carrying a gun … this needs to stop. This happens so often.”

Mangseth said there were two officers present when the incident occurred — a primary officer responded, who he believes has more than five years of experience, and there was also a backup officer. Having both is standard procedure.

One officer has been placed on standard paid administrative leave, Mangseth said at a short news conference early Thursday morning.

No police were injured.

Mangseth said he hasn’t seen the video, but he knows about it and that it was live-streamed on Facebook.

The nearly 10-minute video garnered more than 1 million views before it was pulled from Facebook.

It was then re-released on the social media platform with a graphic warning.

The Minnesota Bureau of Criminal Apprehension Assistance, a state-wide criminal investigative agency, was called and is investigating the incident, Mangseth said.

“We will release the information as we learn it, and we will address concerns as we are faced with them,” he said.

Fires burn in the street outside of Gov Mansion in St. Paul, Minnesota. #PhilandoCastile #FalcolnHeightsShooting pic.twitter.com/d46UvnloGy

Mangseth told reporters that it’s the first officer-involved shooting in the area in more than 30 years.

“It’s shocking,” he said. “It’s not something that occurs in this area often.”

The shooting comes just a day after an officer-involved shooting was filmed by bystanders in Baton Rouge, Louisiana.

By early Thursday, protesters had begun to gather outside Minnesota Governor’s Residence.

Reynolds narrates the incident throughout much of the video — alerting her followers and the viewing public to what was happening.

She’s calm and composed at first; a striking juxtaposition to the officers yelling expletives outside the vehicle.

She’s then asked to step outside with her hands up. While being ordered to walk backwards toward police, she points the camera at them.

The phone is then thrown on the ground nearby. The camera faces up, and it keeps recording.

Reynolds begins to cry and lose her composure. She’s heard wailing and pleading with officers. Police can also be heard in the background.

And camera keeps pointing up at the sky, before it goes black while the voices continue.

Reynolds eventually gets a hold of the phone again, and says she begins filming from the back seat of a police car with the little girl.

She seems calm again, alerting viewers to her location and asking someone to come pick her up.

“I can’t believe they just did this,” she says.