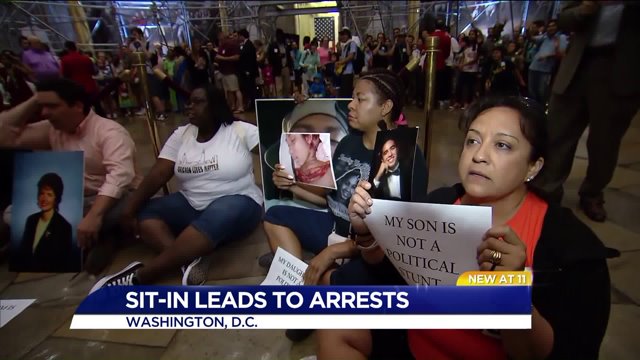 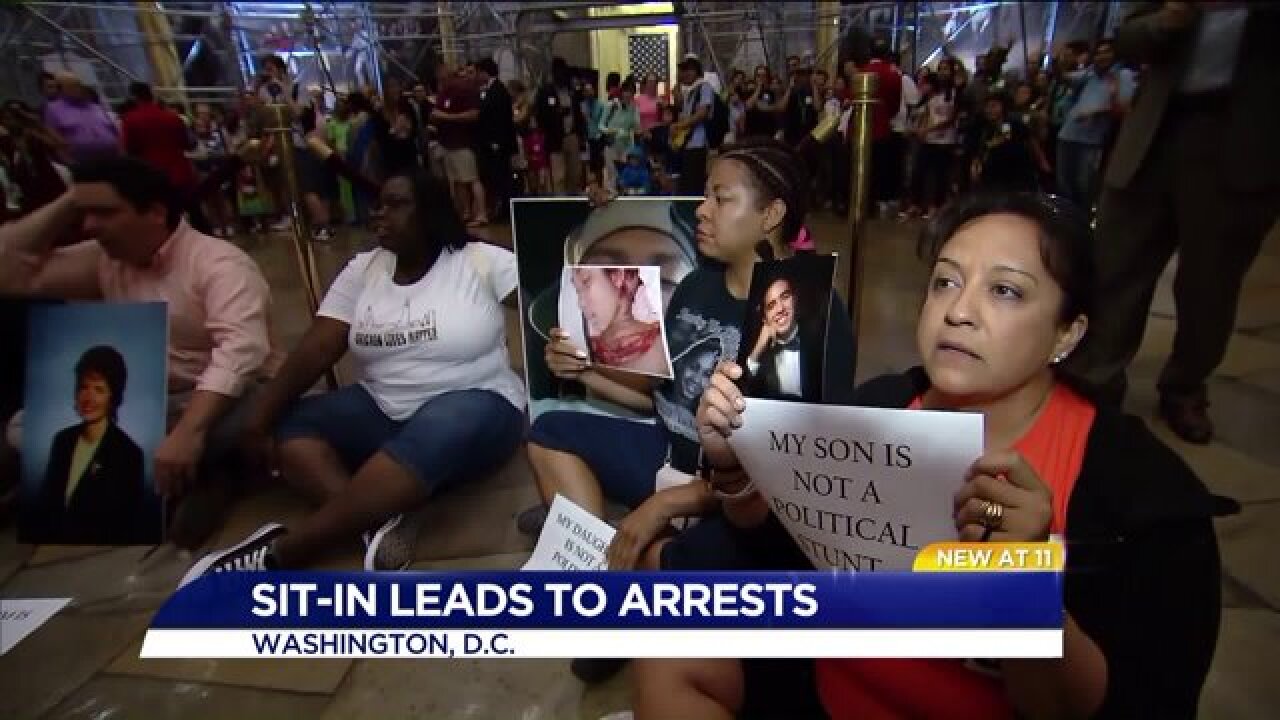 NEWPORT NEWS, Va. - Jeanette Richardson sat and chanted on the floor of the Rotunda at the US Capitol on Tuesday, calling for a vote in Congress to address gun violence. Because of the sit-in, she was arrested for the first time in her life.

"I'm just a soccer mom, a PTA mom, but I'm passionate about this," said Richardson, who's back at her home now.

Her passion for the issue comes from her son Patrick, who was murdered in Newport News in 2004. During the sit-in, she held his picture.

Capitol police broke up the group after about five minutes and arrested six people, according to Richardson. "Maybe it was an extreme action, but we did it. We were proud," she said.

The group chanted "no bill, no break." That's what Democrats chanted on the floor of the House of Representatives during a sit-in following the shooting at Pulse nightclub in Orlando in June.

Gun rights advocates say new laws shouldn't be passed in any kind of knee-jerk way. Richardson wants to see mandatory background checks, among other things. She also wants lawmakers to prevent people on the terrorist watch list from being able to buy guns. She's calling for "stricter laws. We're not taking guns away from anybody."

Richardson says the longer there is no action from Congress, the louder she and others will get. "We needed to let the Senate know and let Congress know that it's serious," she said. "We're not going away."

Richardson was fined $50 and held for about five hours before being released.