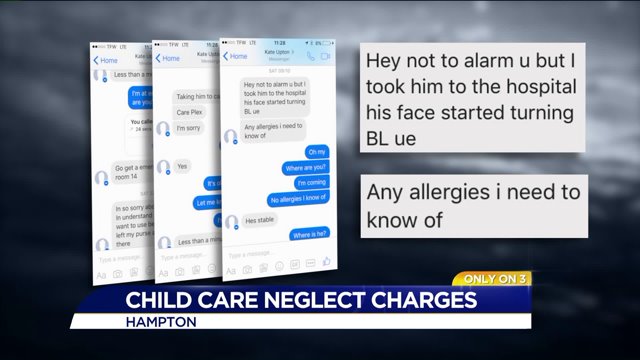 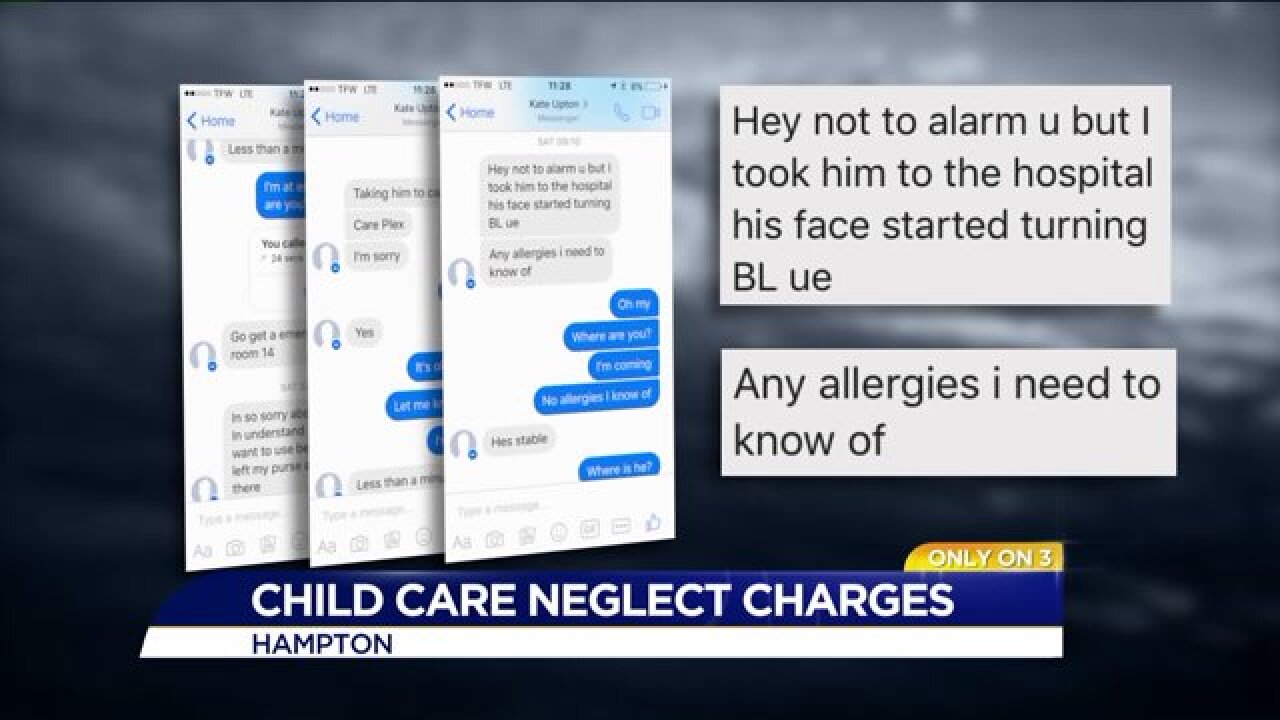 Now, in an exclusive interview with News 3, Bastian’s mother, Ki Slusher, has a warning to other parents.

“Just be really careful with who you allow to watch your children,” Slusher told News 3 via Skype on Thursday. “Definitely go with your gut.”

Prior to baby Bastian’s near-drowning incident, Upton had years of experience as a caregiver.

“Her references were great,” said Slusher. “I didn’t think that anything was wrong."

But the Slushers never ran a background check on Upton, and never knew about her criminal history.

“I was kind of a shock when all of this came out, especially with some of the later things that the detective was saying, with drugs being involved and all that,” Slusher told News 3.

When News 3’s Merris Badcock showed the Slushers a previous arrest warrant for Upton, charged with lying to law enforcement officials, and a previous summons for shoplifting from Walmart, The Slusher’s told Badcock that was the first time they had ever seen those charging documents.

Court records surrounding the near-drowning incident show Upton was “unable to stand on her own” at the hospital. Upton’s body language, along with empty prescription and Tylenol pm bottles found in her bag, lead police to believe Upton was under the influence when she was caring for baby Bastian.

Wednesday, Upton spoke to News 3 in an exclusive interview. She denies that she was on drugs, but did admit to turning her back on baby Bastian while he was in the bathtub.

According to The Slushers, Upton was so out of it, she did not even call 911 when she found Bastian in the bathtub. Instead, Ki Slusher told News 3 Upton sent text messages about her son, tell her the baby’s “face started turning blue”, and asking if he had “any allergies.”

The Slushers told News 3 they will “most definitely” be asking for background checks from any babysitters in the future.

Glad their son is alive, The Slushers are turning their tragedy into a battle cry, one they hope will resonate with other families.

“You can prevent something like this for yourself, and going through from what I’m going through, because it’s very hard.”

According to Hampton Police, Upton is still under investigation.

Upton told News 3 she’s lost a lot of business since a post about baby Bastian circulated across the 757-area earlier this week.