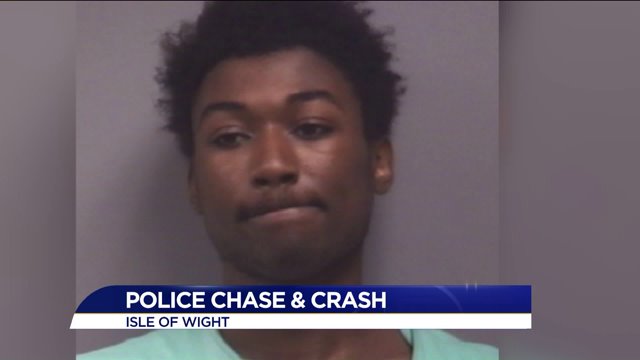 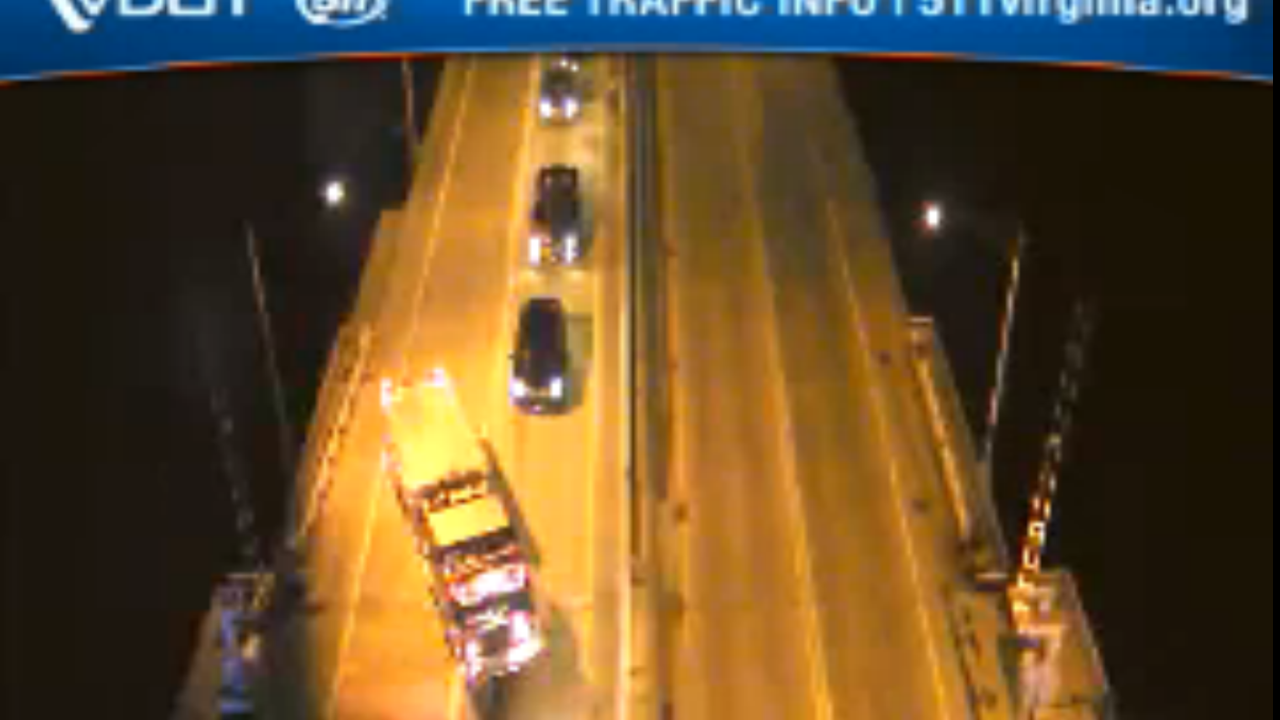 18-year-old Christian Chisley, charged with 4 counts of contributing to the delinquency of a minor, possession of stolen property, conspire to commit larceny, and receiving stolen property.

ISLE OF WIGHT COUNTY - Five are charged after a police pursuit ended in a crash on the James River Bridge early Wednesday morning.

According to the Isle of Wight County Sheriff's Office, dispatchers received a call at approximately 4:09 a.m. about suspicious activity in the Eagle Harbor neighborhood, just across the James River Bridge in Carrollton.

A nearby deputy responded to the area and came across several individuals who quickly jumped in a vehicle and fled the scene. The vehicle was determined to be stolen from Chesapeake.

The deputy pursued the vehicle onto the James River Bridge, where it crashed into two other cars.  One person was injured in the crash and transported to the hospital with minor injuries.

Several of the suspects attempted to flee from the crash scene but were taken into custody by Newport News Police, Virginia State Police and Isle of Wight County Sheriff's deputies.

In total, four juveniles and one adult were taken into custody and handed over to the Isle of Wight County Sheriff's Department.

All four juveniles involved in the incident have been charged with possession of stolen property-felony, misdemeanor theft, and misdemeanor elude.

The adult involved in this incident was 18-year-old Christian Chisley. He's charged with 4 counts of contributing to the delinquency of a minor, possession of stolen property, conspire to commit larceny, and receiving stolen property.

The Isle of Wight County Sheriff's Office says a canvass of the Eagle Harbor neighborhood revealed that numerous vehicles had been broken into. Additionally, larcenies from vehicles have been an ongoing problem in Isle of Wight and other areas throughout Hampton Roads recently.

Investigators are working to determine whether the arrested individuals are connected to any other incidents.