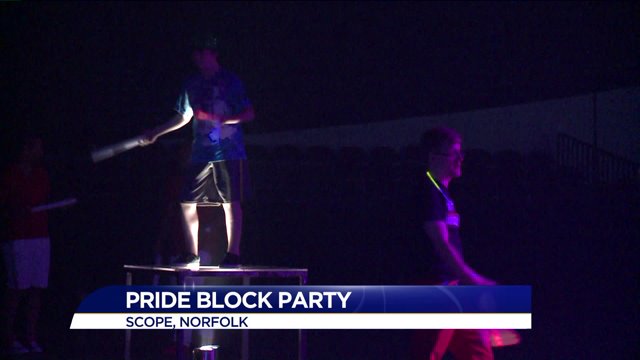 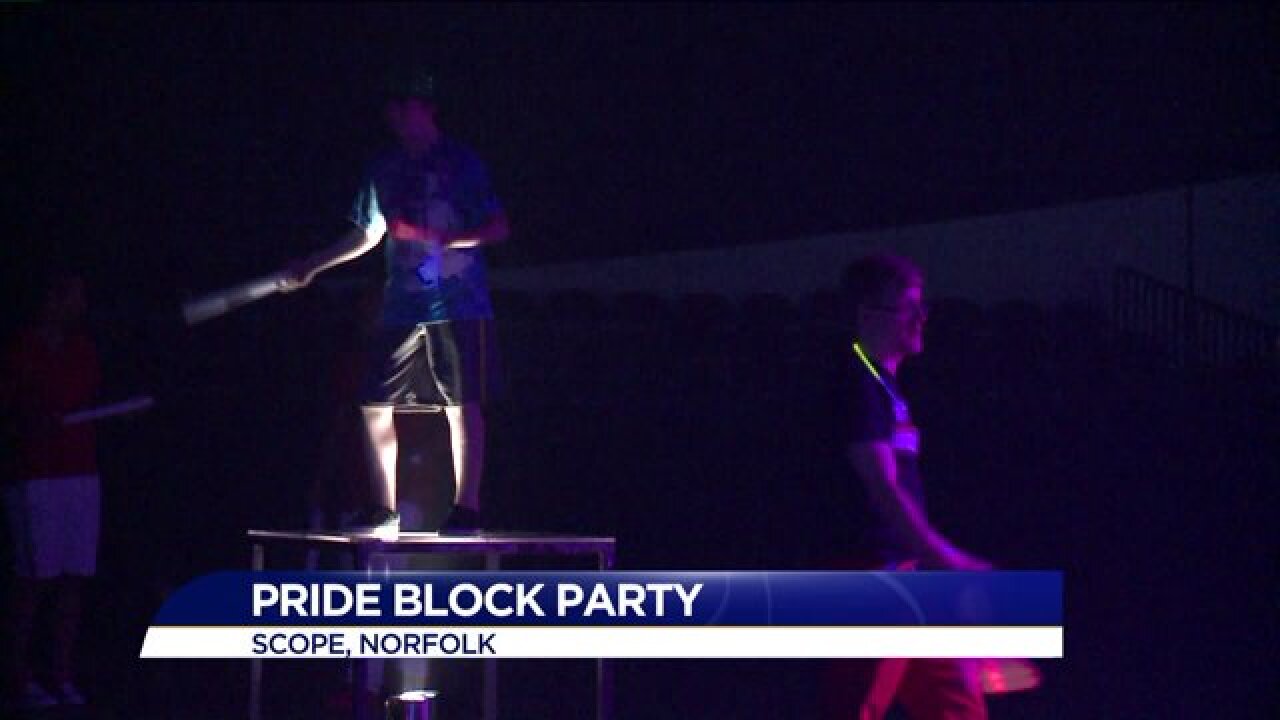 NORFOLK, Va. - The glow from a sign in tribute to  Pulse Nightclub lit up the dance floor of the Hampton Roads Pride Block Party on Friday night. The attack at the Orlando club on the minds many as Pride events continue.

"I'm dressed in mourning, so I can come here and be with other gay people and acknowledge the fact that nothing will beat us, period," said Michael Powell, who attended the Block Party.

Outside of the event, police officers patrolled the area around Scope in downtown. Attendees had to go through security with wands back backpacks were allowed inside the venue. While some aren't worried about their safety, they can't help but think about it. "It absolutely ran through my mind. I said, 'We're going to come here and there's going to be some crazy'," said Powell. "You can't help, but think that."

Their focus was on coming together and not giving into the attack. "If we didn't show up then, what are we doing?" questioned Lissa Laughlin, who attended.

The annual PrideFest event is on Saturday at Town Point Park.