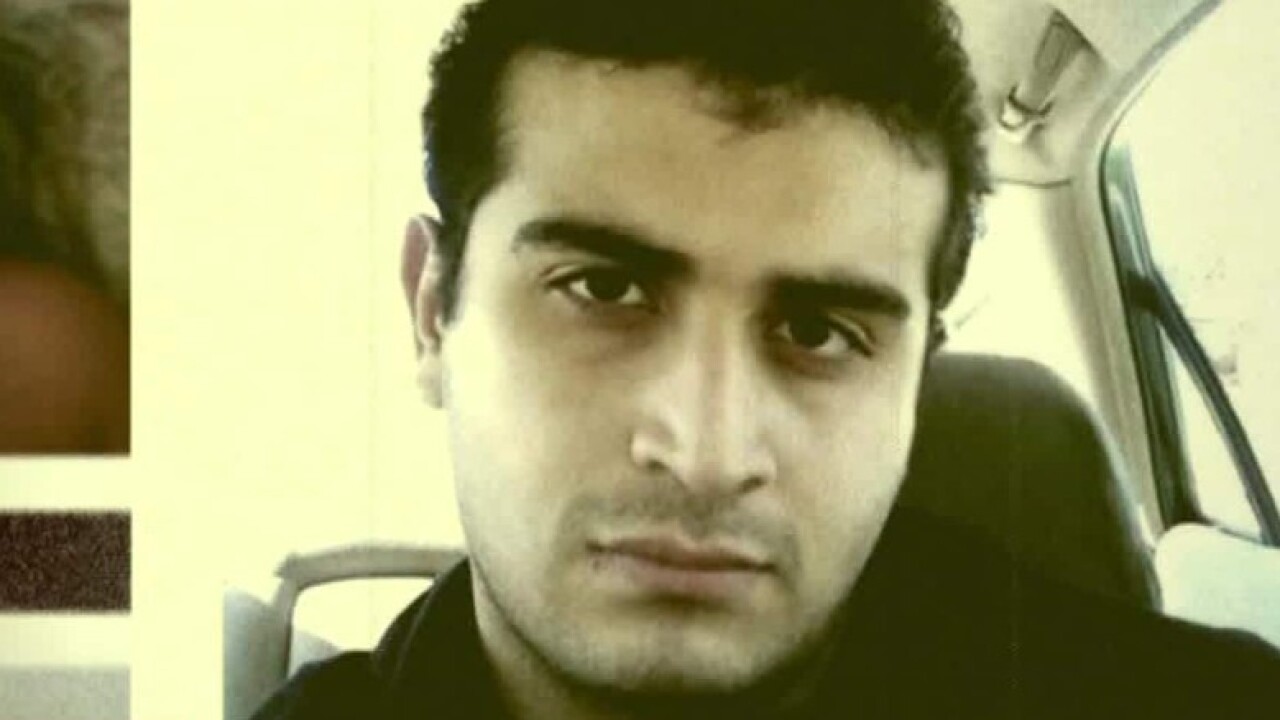 The Orlando shooter and his wife exchanged text messages during the Pulse nightclub rampage, a law enforcement official briefed on the investigation told CNN. Around 4 a.m., about two hours after he started the attack and while holed up in a bathroom, Omar Mateen texted his wife, Noor Salman, asking if she’d seen the news, the official said.

At one point, she responded with a text saying that she loved him. Salman also tried calling her husband several times during the standoff, a second law enforcement official said. The timing of her calls came after reports of the attack had emerged, and apparently after she realized her husband might be responsible. He didn’t answer, the official said.

Shortly before and during his massacre at Orlando’s Pulse gay nightclub, Omar Mateen vented on Facebook.

“America and Russia stop bombing the Islamic state,” the gunman wrote, according to the chairman of the Senate Committee on Homeland Security and Governmental Affairs.

“You kill innocent women and children by doing us airstrikes..now taste the Islamic state vengeance.”

Then, in his final post, an ominous warning: ”In the next few days you will see attacks from the Islamic state in the usa.”

The messages were described in a letter from committee Chairman Ron Johnson to Mark Zuckerberg, asking the Facebook CEO to provide “all Facebook data on Mr. Mateen’s activities on his account and any affiliated Facebook accounts.”

It’s not the only time Mateen invoked ISIS during his rampage early Sunday. In the middle of killing 49 people, Mateen also called 911 to pledge allegiance to the terror group and CNN affiliate News 13 to say, “I did it for ISIS. I did it for the Islamic State.”

And an analysis of Mateen’s electronic devices showed searches for jihadist propaganda, including videos of ISIS beheadings, an official said.

Despite mounting pledges of allegiance to ISIS, some say they believe Mateen was actually fueled by struggles with his sexuality — and may have latched on to ISIS as a vehicle for his anger.

Several regulars at the gay nightclub said the gunman visited frequently over the past few years. Cord Cedeno said Mateen saw him at Pulse and messaged him on Grindr, a gay dating app.

Cedeno said he wasn’t interested in Mateen — but his friend was.

“One of my friends … has been speaking with him since 2007, on and off,” on another gay dating app, Cedeno said.

“(Mateen) sent him a picture of his private part, and my friend actually was attracted to him. He almost went and hooked up with him.”

FBI agents are interviewing people who claim they met the gunman on gay dating apps, a law enforcement official said. Those claims “certainly change the perspective,” the source said.

“I’m not a psychiatrist, but the struggle with his humanity, his sexuality, combined with the potential for putting the onus on an organization that’s asking people to do this — asking extremists to do these kinds of things — is an interesting dynamic,” he said.

“And that’s the thing that makes this case so extremely difficult.”

The gunman’s ex-wife, Sitora Yusufiy, said she was not sure about his sexuality.

But the gunman’s father, Seddique Mateen, has said he didn’t think his son was gay. He emphasized that Mateen had a wife and child.

Mateen’s second wife, Noor Salman, is now the focus of an investigation.

Authorities said she apparently gave conflicting accounts about what she knew of Mateen’s intentions in the hours before the attack.

She initially denied she had any idea what Mateen was going to do when he left the house Saturday, hours before the attack.

But in subsequent statements, Salman said she suspected her husband might be planning an attack, perhaps on Pulse, the officials said.

According to one official, she knew “for a while” Mateen had thoughts of wanting to do something violent. He had been talking about it for months, if not years.

According to a second official, Salman told investigators that on Saturday she said she tried to tell him not to commit violence. But she didn’t call police.

Mateen and Salman married in 2011. They have a 3-year-old son and lived in Fort Pierce, about two hours from the massacre.

A U.S. attorney plans to bring evidence before a federal grand jury to determine whether charges will be filed, two law enforcement officials said.

As the families of 49 victims prepare to bury the dead, the city — and nation — has united to support them.

And thousands of people spanning an array of backgrounds gathered to remember the victims. Raquel Plaza Brown attended a vigil with a friend, whose son is part of the Orlando LGBT community.

“Coming together as a community is really the only way we’re going to heal,” she said.

She said the massacre devastated the city, “but it’s not going to end us. We’re going to come out better on the other side.”