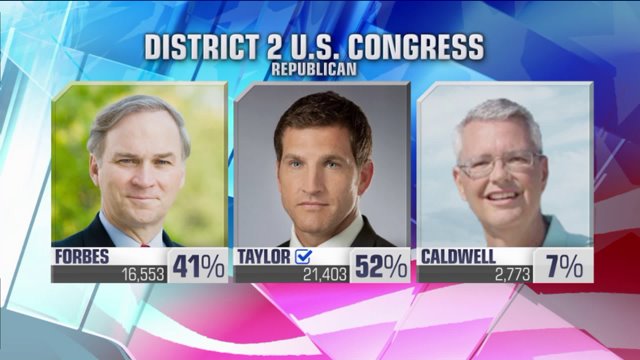 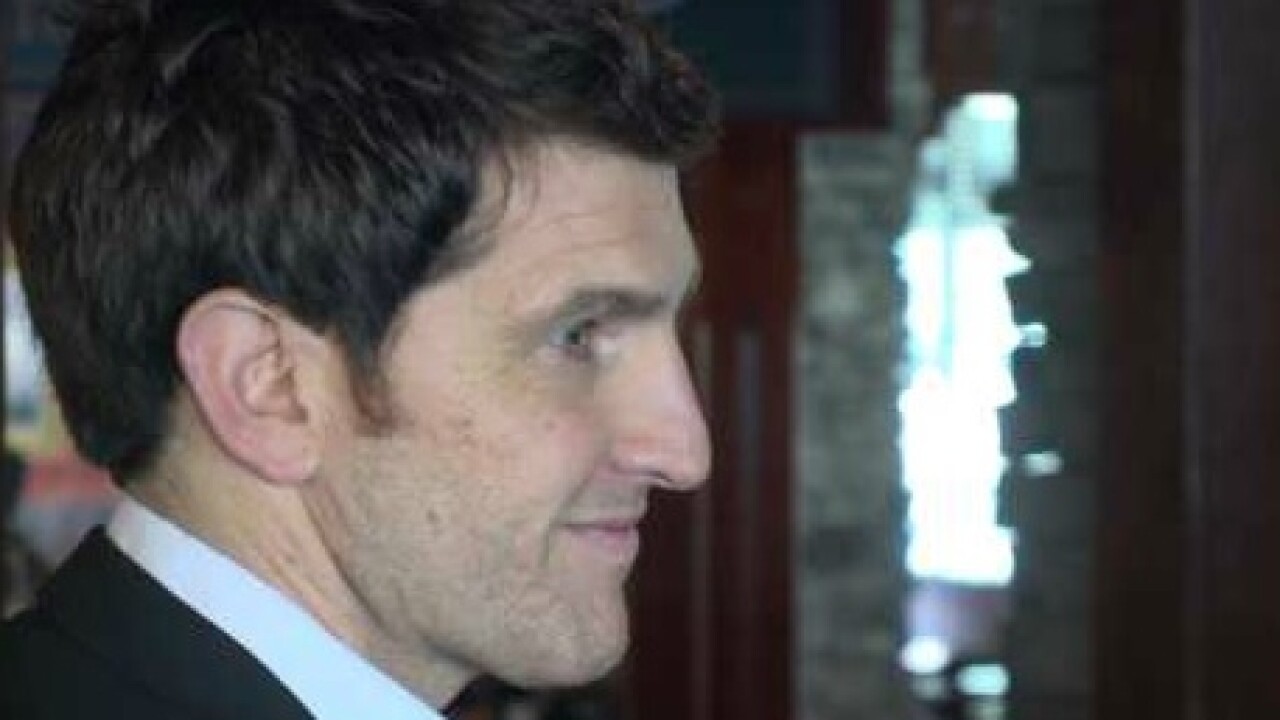 With nearly 53% of the vote, Taylor won more than 21,000 votes. Randy Forbes won about 41% of the vote. Pat Cardwell, a local attorney, registered about 7% of the vote.

Taylor said enough voters believed in his message that Washington is broken and that he will bring a fresh start. "People trust us to go do something about it," Taylor said. "That's extremely humbling and it's not a responsibility that I take lightly."

What may also have helped is that Randy Forbes didn't live in the district. Forbes' fourth district was redistricted and Forbes attempted to run in the second. Taylor pointed out that fact throughout the race as the campaigning at times turned nasty. "It was tough," Taylor said.

At Randy Forbes' watch party, the tone was more somber. In front of the incumbent in the district, Scott Rigell, Forbes noted how his experience in Washington wasn't enough. "We had a vision for this region," said Forbes. "Apparently we couldn't get enough voters in the second district to embrace that vision."