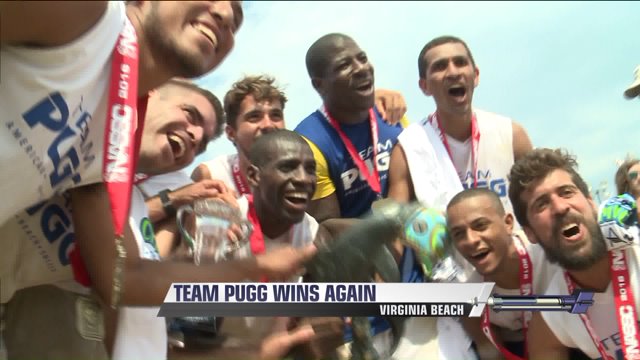 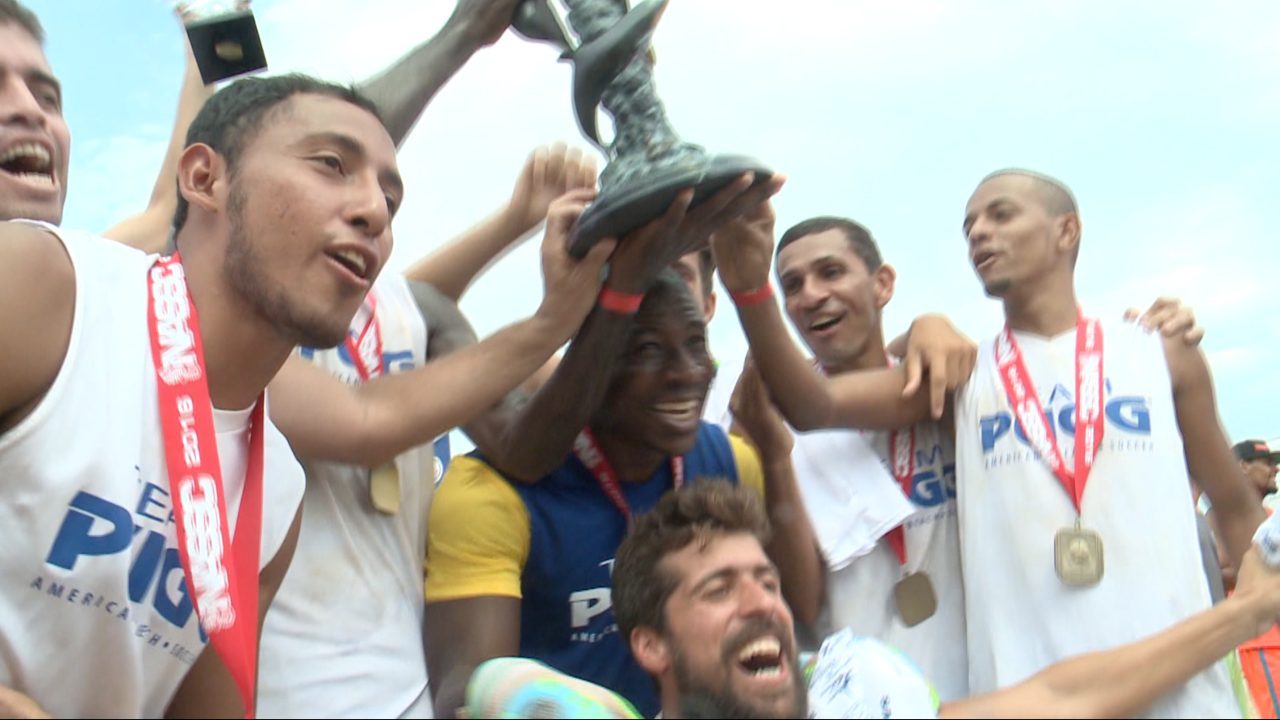 VIRGINIA BEACH  - Over 11,000 players were kicking up sand at the oceanfront this weekend for the North American Sand Soccer Championships. It came down to Team Pugg and Florida Beach Soccer FC (FBS).

The game was tied up in the last two minutes by FBS, forcing a golden goal overtime. No one scored in overtime, which led to the game being decided by penalty kicks.

"It's our second title and we're hoping to come back and win a third next year," says team owner Bob Armell.