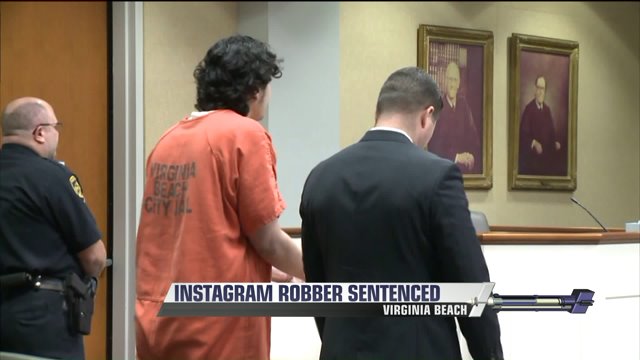 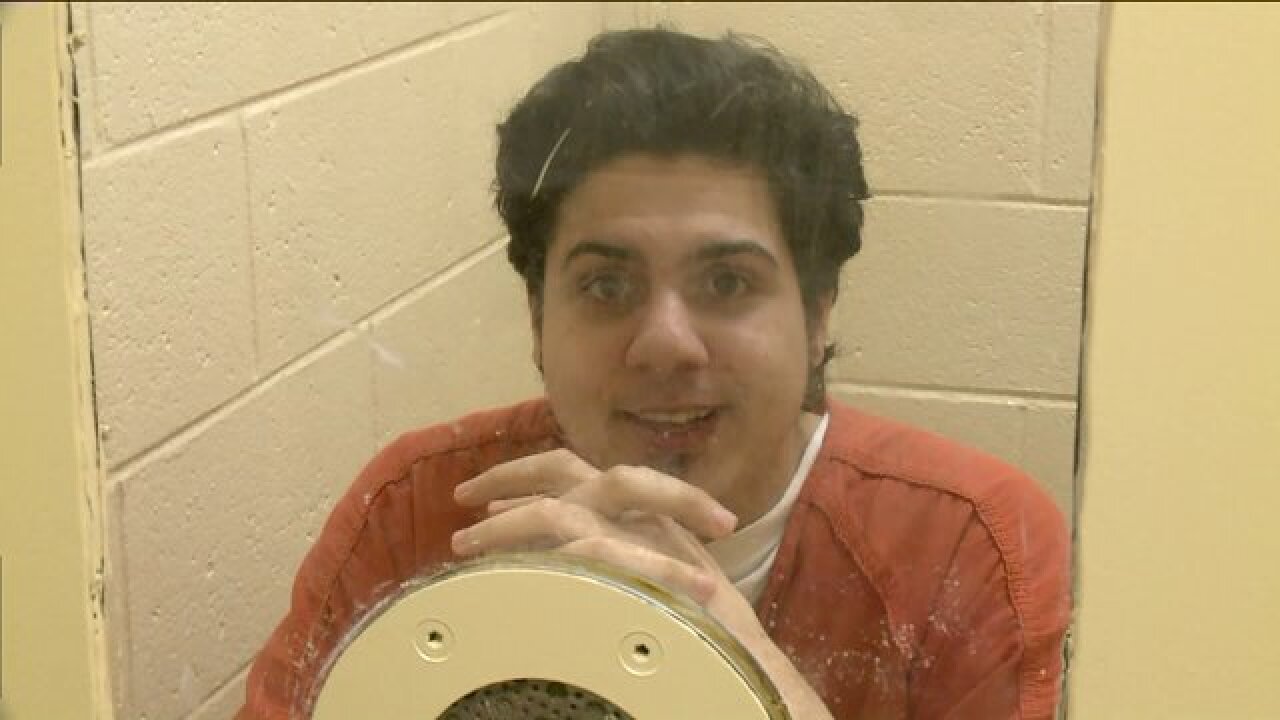 VIRGINIA BEACH, Va. - A man who pleaded guilty to robbing a Townebank and posting video and pictures from the robbery on Instagram was sentenced Monday to serve two years and 11 months in jail.

In May 2015, 23-year-old Dominyk Antonio Alfonseca walked into the bank at 297 Constitution Drive and handed the teller a note demanding money, according to police.

About 20 minutes after the robbery, officers in the area of Kellam Road and Columbus Street located Alfonseca and took him into custody.

Two videos of the bank robbery and one picture of the note Alfonseca allegedly used were uploaded to his Instagram account before he was arrested.

When NewsChannel 3 spoke to Alfonseca in May, he said he did not rob the bank, but just “asked for the money.”

“I don’t know how I’m a robber, because I asked for it. She could have said no, and I could have left," he said.

He said he posted the pictures and video on Instagram to protect himself from police who may have said he was armed. He also wanted to show his social media followers what he was doing.

“I handed the letter to the woman. I recorded her as it was happening, you know," said Alfonseca.

NewsChannel 3 spoke to Alfonseca in a jailhouse interview a short time later where he continued to defend his actions.

"I didn’t consider it robbery. The way I see it is, by law I might be guilty, but my logic I'm  not. I feel like I'm innocent by logic," says Alfonseca.

He says he hopes this gives him a big break in the music industry and he did it to get more followers on Instagram.

"It will be good for me. Hopefully, Jay-Z, Lil Wayne sees me or hears my music and wants to sign me when I come out. I promise I'm the man. I promise," says Alfonseca.

At his sentencing, Alfonseca apologized to the bank, the teller and his family, saying he wasn't in the right mental state and was only looking to gain followers.

In jail after his sentencing, Alfonseca spoke to News 3 again, and said he wasn't really sorry for his actions.

He also says he doesn't think getting nearly three years in prison is a bad thing.

"I'm on vacation," said Alfonseca. "I'll do my little push ups, my sit ups, my crunches and I'll be alright. Read a couple books gain some knowledge I'll be alright I'm okay with it."