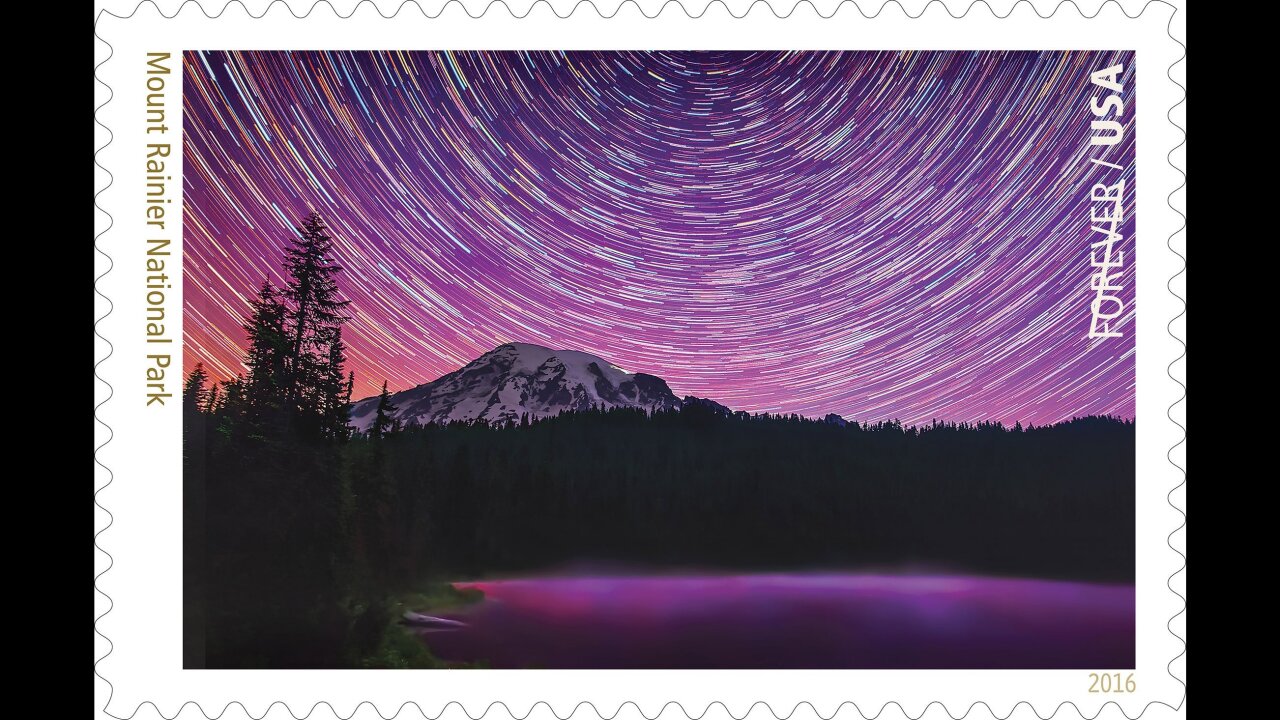 The National Park Service pane features 16 different stamps for 2016 showing photographs or paintings of national parks or plants, animals, artwork, objects and structures found in or above the national parks. 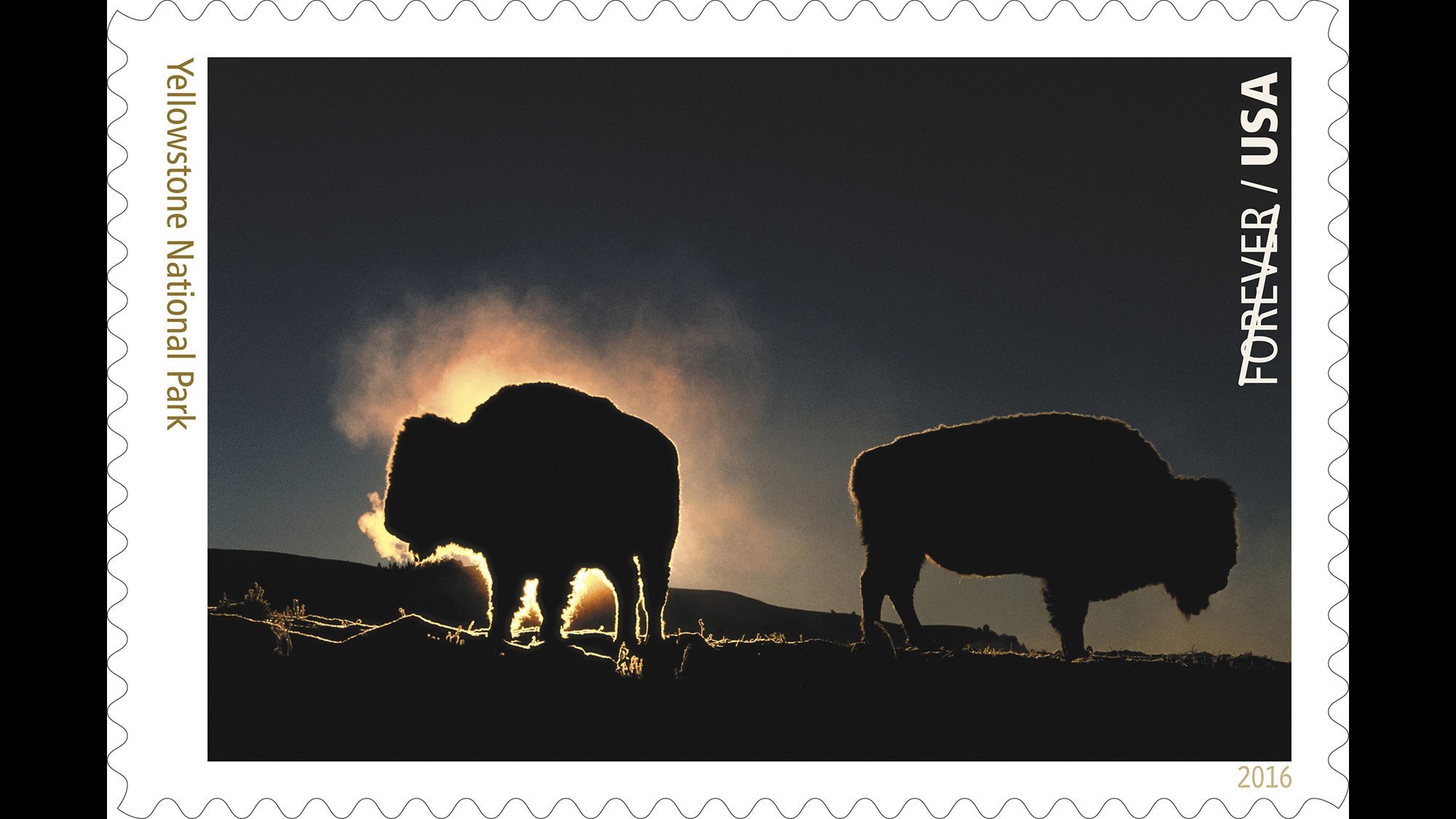 Two bison are standing in silhouette at Yellowstone National Park as the winter morning sun rises, shaking off the ice from a bitter cold night.

“Rising at dawn and braving the -30°F temperature I was able to catch the first rays of the morning sun,” said Seattle photographer Art Wolfe.”They had bedded down there all night and now were standing and trying to shake off the cold as the sun came over the horizon.”

Those bison are among 16 natural and cultural treasures that have been picked to star in a pane of Forever stamps celebrating the National Park Service’s centennial birthday.

The June 2 first-day-of-issue ceremony took place at the 2016 World Stamp Show in New York, the world’s largest stamp show that only happens once per decade.

The National Park Service pane features 16 different stamps showing photographs or paintings of national parks or plants, animals, artwork, objects and structures found in or above the national parks.

“From a small oasis in the nation’s capital to the wild splendor of Alaska, with beaches and historic sites and natural wonders in between, the stamps represent parks of all shapes and sizes. We hope the stamps encourage everyone to Find Your Park during the centennial.”

It’s not the first time the Postal Service has honored the national parks. Eight stamps honoring the Yellowstone centennial, the world’s first national park, were issued in 1972.

Others include a 1966 stamp celebrating the 50th anniversary of the National Park Service and 10 stamps issued in 1934 to promote “National Park Year.”

Centennial birthdays aside, the competition for stamp ideas is usually pretty tough: The U.S. Postal Service receives about 40,000 suggestions for stamp ideas each year and only about 20 topics make the cut.