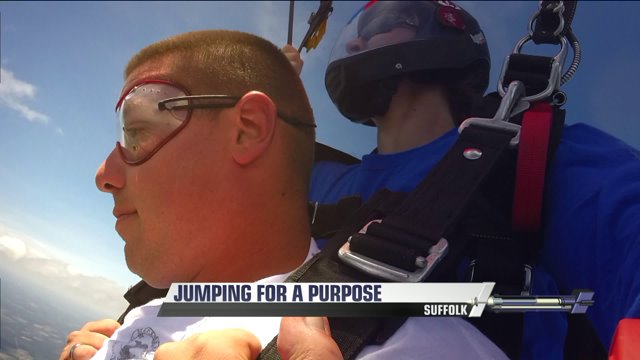 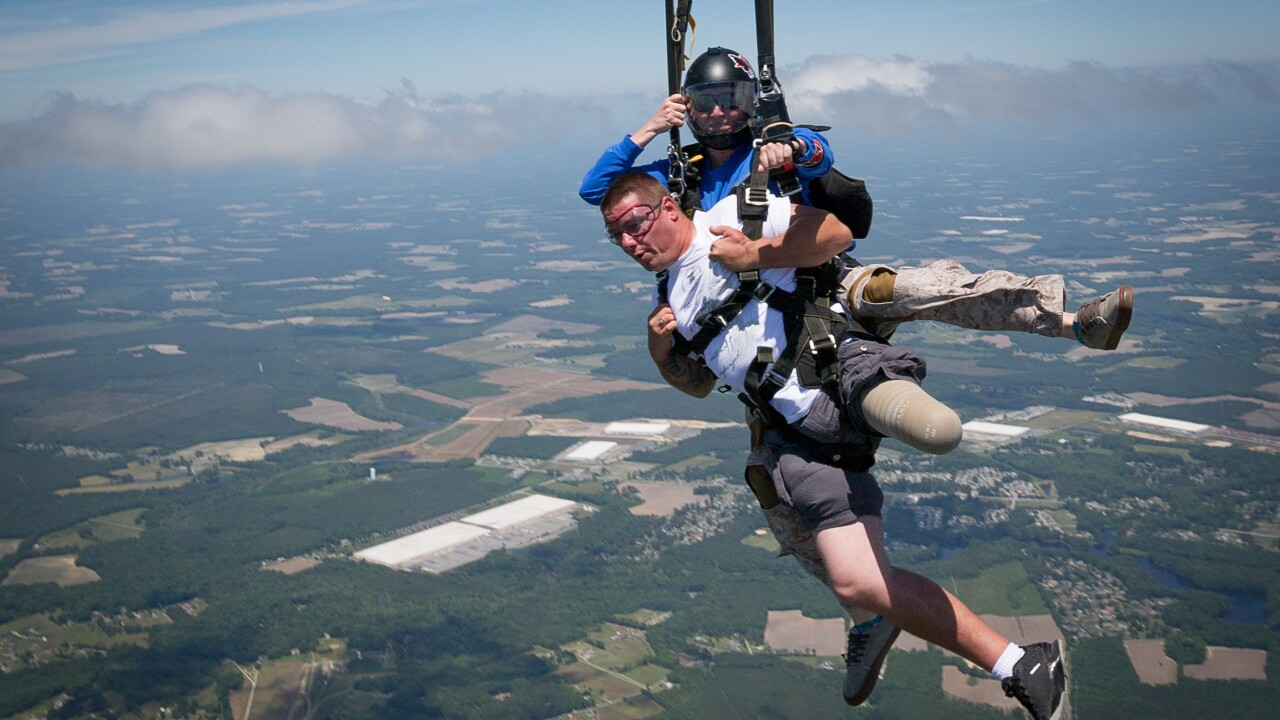 SUFFOLK, Va. - A Navy SEAL from Hampton Roads is helping wounded warriors rebuild their lives and find purpose by skydiving.

Fighting in war leaves scars and sometimes those scars drastically change lives. But Jay Redman, who served 21 years with the Navy SEAL team, believes war survivors don't have to be broken.

"When you suffer a serious injury and it puts you out of the military, you wonder, 'How does my life move forward?'"

Redman's war injury happened in September 2007. He was on a mission in Iraq when he was shot eight times in an ambush against Al Qaeda fighters. Jay was shot in the face and throughout his body at least eight times. His road to recovery was not easy. Jay said war wounds are dirty and infection is a common problem. The first two surgeries to rebuild his nose failed because of infection. The third time the surgery finally worked.

But the physical scars brought attention and Jay realized people didn't associate those wounds with war. That's when he started Wounded Wear, which grew into Jumping for a Purpose.

“Sometimes there are physical limitations. More often than not, they’re mental limitations. One of the things we figured out was if you can go to that extreme edge and realize if I can do this, it knocks all the other obstacles out of the way.”

News 3's Kim Cung along with photographer Chris Morris went to Skydive Suffolk, boarded a plane and took off, heading 14,000 feet into the air with Jay. News 3 wanted to see what about skydiving gave wounded warriors purpose. Through skydiving, Greg Hedrick regained his purpose. After meeting Jay in 2013, Greg said his life was changed.

The owner of Skydive Suffolk, Mike Manthey, said watching a wounded veteran touch back down and realizing they can still live is why Jumping for a Purpose and working with Jay is a priority.

“It shows them that hey, yes I have a disability now, I have an injury now, but guess what, I can still do what I want to do and I have the ability to become whatever I want to become," said Manthey.

Jumping for a Purpose is part of the Combat Wounded Coalition, which partner and provide connections to organizations to help wounded warriors succeed.