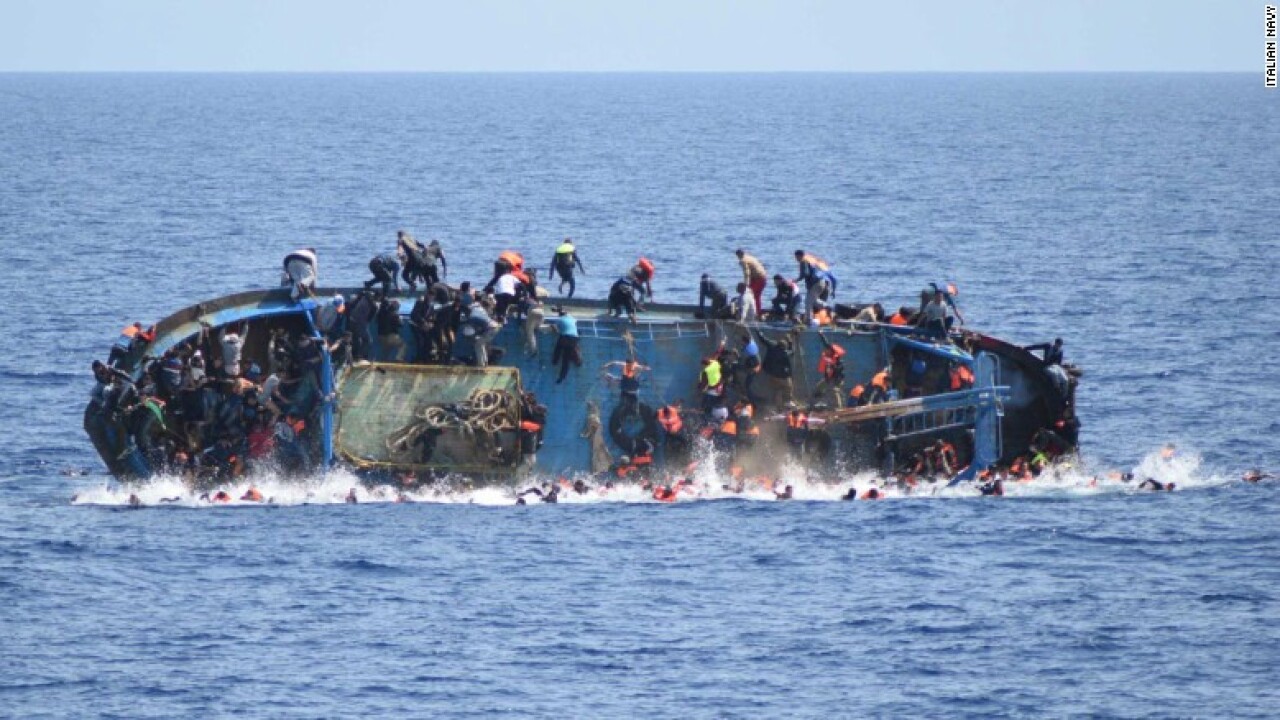 At least 65 migrants have died in shipwrecks in the Mediterranean Sea in the past week. And with hundreds still missing, officials fear the death toll could soar above 700.

Most of the victims were on three ill-fated boats.

On Thursday, another migrant boat capsized and sank. Of the 670 on board, 15 people died, about 104 survived and roughly 550 remain missing, Fossi said.

And on Friday, another migrant boat started taking in water. It’s not clear how many people were on board, but at least 45 people died.

Fossi said most of the migrants were from Somalia, Eritrea and Sudan. Many Somalians are trying to escape Al-Shabaab and clan warfare; Eritreans want to flee repression or military service. And in Sudan, pockets of fighting will likely continue in parts of Darfur through next year, displacing many refugees, the U.N. refugee agency predicts.

The deaths mark the latest wave of fatalities involving migrants boarding crowded boats in a desperate attempt to reach Europe.

At least 1,475 migrants have died so far this year, according to the International Organization for Migration. But that number could skyrocket if the roughly 650 missing are confirmed dead.

But the situation could have been much worse. More than 14,000 migrants were rescued from the Mediterranean in the past week, the Italian Navy, Coast Guard and Interior Ministry said.

Medecins Sans Frontiers (Doctors Without Borders) deployed two search-and-rescue boats, called the Dignity 1 and the Argos, in the Mediterranean.

The aid group said it helped save about 600 people off the Libyan coast. The Argos boat arrived in Trapani, Italy, on Sunday.

Despite the dangers, the flood of migrants probably won’t stop anytime soon.

Even if they survive the dangerous journey to Europe, many migrants face uncertain futures.

Greece, for example, started relocating more than 8,000 migrants from Idomeni, an overwhelmed transit camp on its border with Macedonia — a country that had shut down its side of the border to choke off the flow of migrants. Scores of migrants have since been relocated to new camps throughout Greece that the Council of Europe’s Committee on Migration, Refugees and Displaced Persons describes as “not being up to standard.”

“I am impressed by what the Greek authorities have done in such a short space of time to create new facilities for the people from Idomeni,” said Tineke Strik, a Parliamentary Assembly migration expert on the Council of Europe. “However, this has been a missed opportunity to create decent facilities that meet international standards.”

Strik visited the new migrant camps set up in former industrial sites in the cities of Sindos, Oreokastro and Softex on Saturday.

“In the places that I visited, there was no privacy, no fire safety, no light and no ventilation and people have no information on their situation or their prospects,” said Strik, in a press statement released on Sunday.

But what will happen to those migrants — and the nearly 200,000 others who have fled to Europe this year — remains unclear.