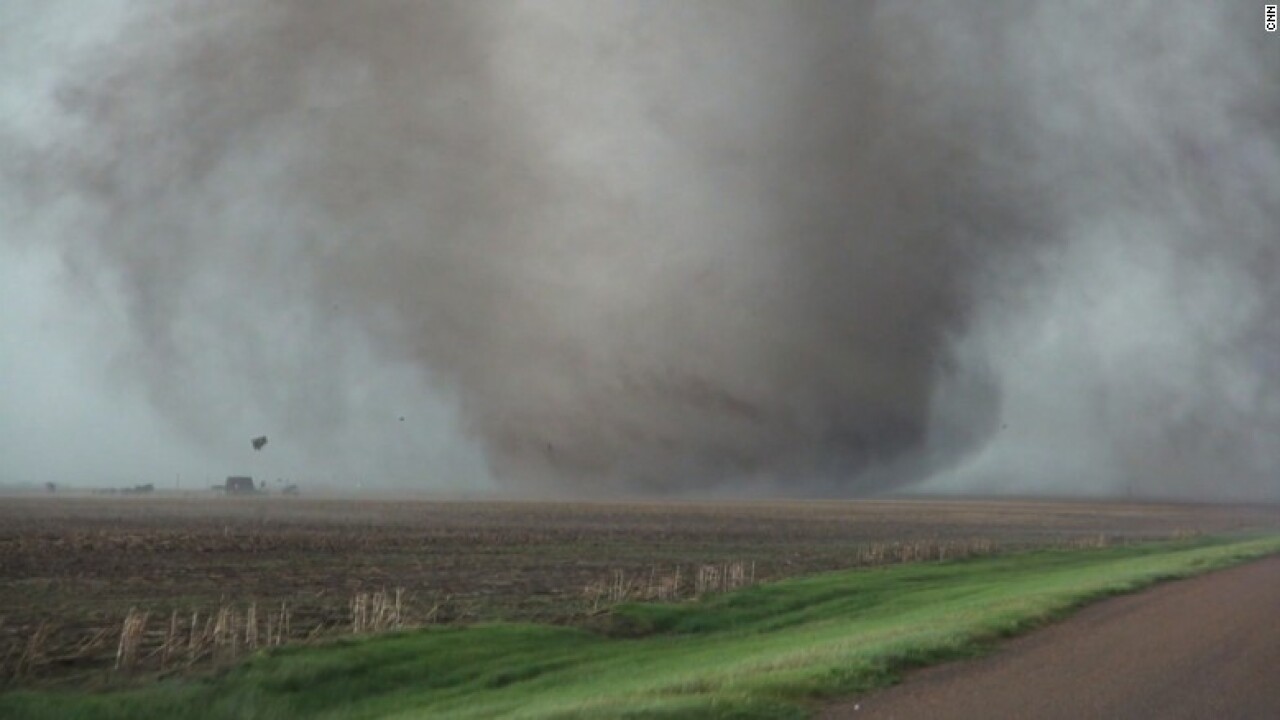 Tornado sirens blared in the Plains states for the fourth consecutive day as multiple twisters overturned vehicles and damaged homes.

There were times when rare dual tornadoes hit the county, which includes Dodge City.

Brad Guay, a meteorologist who is a field assistant with the Center for Severe Weather Research, said: “The dual tornadoes in the photo (he posted on Instagram) were very impressive. I’ve never seen that in person before, and it’s unusual to have that occur.” 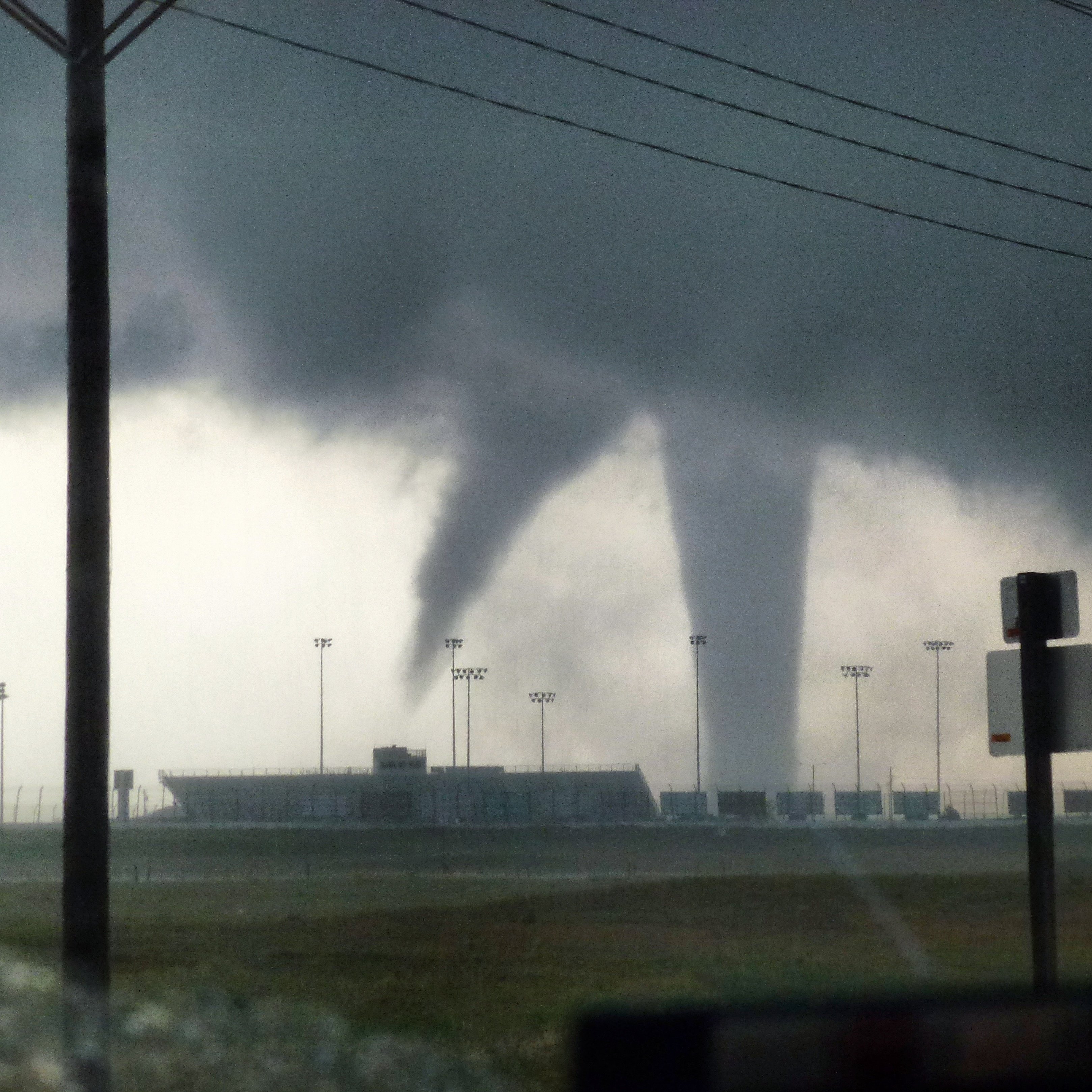 Guay said there were three simultaneous tornadoes for about 30 seconds before one of them lifted.

“The storm was incredible. We watched multiple centers of circulation develop,” he said.

Jordan Burr, who was on the west side of the city, posted a video of a funnel cloud descending from the sky.

He said as the storm passed it dropped hail almost as big as baseballs.

CNN meteorologist Jennifer Gray said there were reports of eight to nine tornadoes in the storm that rumbled through Kansas.

“They have been really threading the needle,” she said, referring to the propensity of the twisters to strike then lift then strike again.

One of them overturned a tractor-trailer, officials said.

There were also reports of tornadoes in Colorado and Texas.

A teenager who apparently fell into a ditch and was swept away in floodwater has been located, Jonesboro (Arkansas) Police Department Desk Sergeant Robert Anderson said.

Police received a call Tuesday regarding a boy who had fallen in rushing water and disappeared, Anderson said.

The boy was found nearly two hours later after a neighbor spotted him about two blocks from where he was swept away. The boy was treated for minor injuries at a hospital.

More than 6 inches of rain fell Tuesday in Jonesboro, said John Moore with the Memphis office of the National Weather Service. That included one hour during which 3 inches came down.