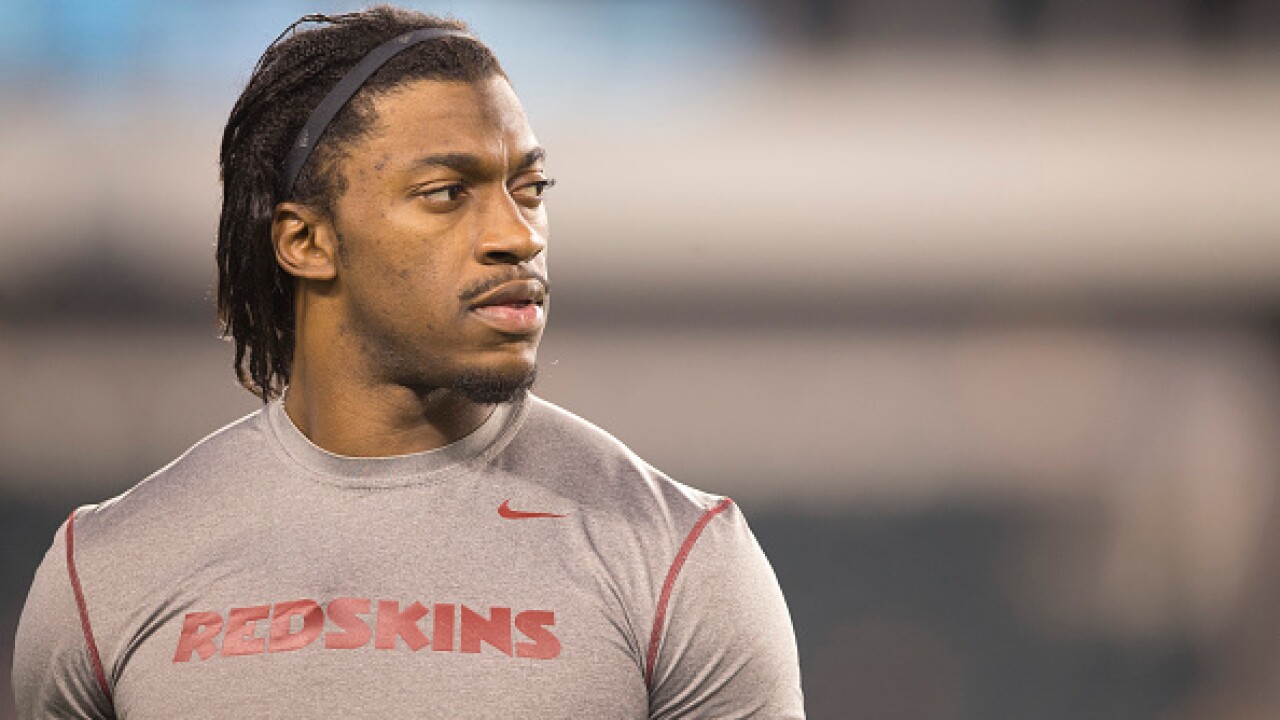 WASHINGTON, D.C. – An article published on The Undefeated’s website titled The Puzzling Plummet of RGIII, gives insight into the relationship between the Redskins and their former quarterback Robert Griffin III.

Griffin was with the Redskins since the team drafted the Heisman winner as the No. 2 pick overall in the 2012 draft. Later that year, Griffin was selected as the 2012 NFL offensive player of the year.

In the article, reporter Jason Reid lists several anecdotes leading up to Griffin’s release from the team in March 2016.

The article mentions a meeting between Griffin and coaches from the Redskins that happened one month after he re-injured his right knee:

Feb. 5, 2013 — Griffin called for a meeting. He declined to tell Mike Shanahan what he wanted to discuss, saying only it was important. Griffin, Mike and Kyle Shanahan and quarterbacks coach Matt LaFleur gathered in the offensive meeting room at the team headquarters in Ashburn, Virginia. With the coaches seated, Griffin walked to a blackboard and wrote:

Griffin instructed the coaches to let him speak uninterrupted and rolled through a list of grievances, stressing that substantive changes had to occur immediately. Scrap the pass protection scheme and start over, Griffin demanded. There were 19 plays — primarily those from the 50-series and quarterback draws — that were unacceptable. Griffin, who supported his presentation with video clips of each play, expected them to be deleted from the playbook. Bottom line, Griffin said, he was a drop-back quarterback — not a running quarterback.

After he was released, Griffin signed with the Cleveland Browns. He is entering his fifth NFL season and has appeared in 37 games with 35 starts.