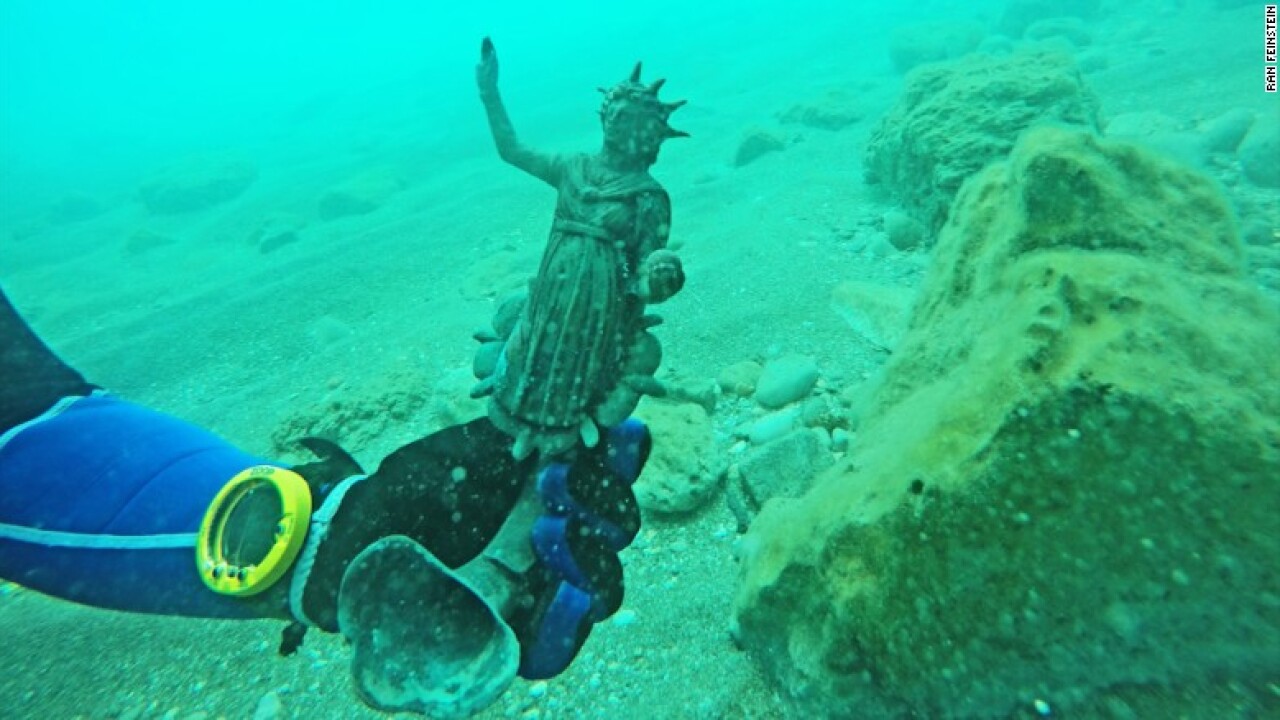 The two divers knew they found something special in the shallow waters of the ancient Roman port of Caesarea, on the Mediterranean Sea.

What they didn’t realize was that they had discovered a 1,600-year-old shipwreck, its valuable cargo still in the remains of the deteriorating wooden hold.

An underwater survey conducted in recent weeks has revealed the extent of the find, first spotted in late April.

Divers found a bronze lamp depicting the ancient Roman sun god Sol, a statue of the moon goddess Luna, fragments of jars, and more. One of the most significant finds was two metallic lumps weighing approximately 40 pounds (18 kilograms) and made up of thousands of ancient coins, fused together in the shape of the pottery vessel in which they were held.

The coins bear the image of Emperor Constantine, who ruled the Roman Empire in the 4th century, and of his rival, Licinius, who governed the eastern Roman Empire for a time. 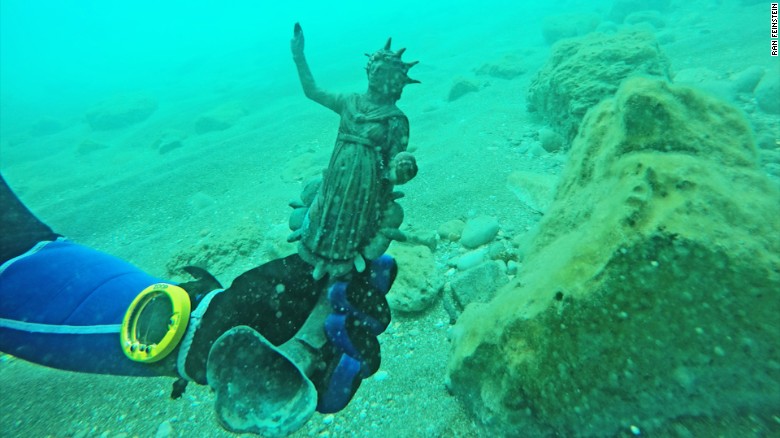 The location of the shipwreck holds the key to part of the story, says Jacob Sharvit, director of the Marine Archaeology Unit of the Israel Antiquities Authority.

“A large merchant ship was carrying a cargo of metal slated recycling, which apparently encountered a storm at the entrance to the harbor and drifted until it smashed into the seawall and the rocks.”

Iron anchors at the wreck site indicate an attempt to stop the ship from crashing into the shore, Sharvit says, but the waves and wind were too powerful. The ship wrecked in shallow water, and layers of sand hid the wreck and its valuable cargo for more than 1,000 years.

“Metal statues are rare archaeological finds because they were always melted down and recycled in antiquity,” said Sharvit.

“When we find bronze artifacts it usually occurs at sea. Because these statues were wrecked together with the ship, they sank in the water and were thus ‘saved’ from the recycling process,” continued.

“The sand protected the statues; consequently, they are in an amazing state of preservation — as though they were cast yesterday.”

Caesarea, named in honor of Roman Emperor Augustus Caesar, was built as a major Roman port on the Mediterranean Sea around 20 BC. Today it is a national park and popular tourist destination in Israel, including a growing number of scuba divers who visit the site.

This isn’t the only valuable find in the Caesarea harbor. In February 2015, divers found nearly 2,000 gold coins — the biggest discovery of gold coins ever discovered in Israel.