Police: One of the world’s rarest fish died after drunken break-in 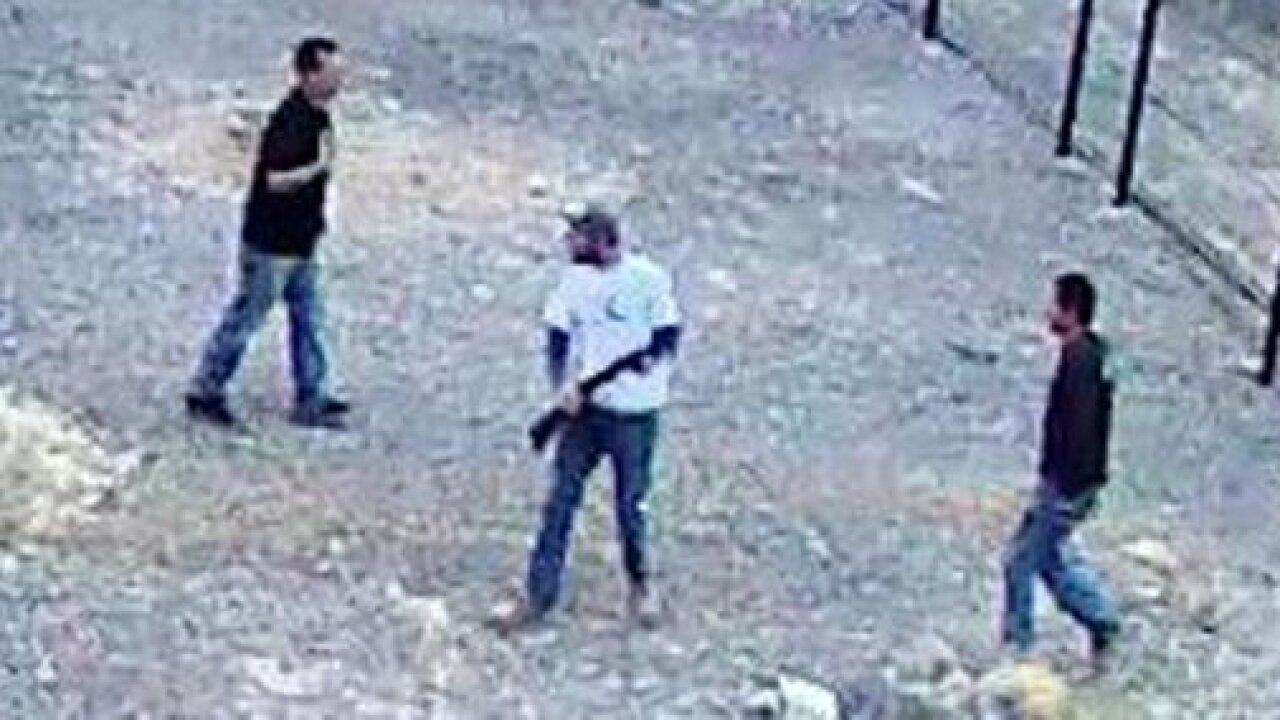 Did a drunken man’s skinny-dip in a Nevada wildlife refuge kill one of the world’s rarest fish?

The National Park Service and the sheriff’s office in Nye County sure think so.

Here’s what they said happened: During a night of drunken revelry, three men broke into Devils Hole, a protected area that’s part of the Death Valley National Park.

One of them went skinny dipping in the only habitat for one of the world’s rarest fish — the Devils Hole pupfish.

That person clumsily plodded through the shallow end of the pool, stomping on the algae and kicking up dirt. His naked adventure was caught on camera. He also left behind a pair of dirty underwear.

Authorities suspect the April 30 intrusion left one of the critically endangered pupfish dead. The exact cause of the fish’s death is unclear. But at the last count in April, there were only 115 Devils Hole pupfish left in the world, the National Park Service said.

“Video footage recorded this man walking on the shallow shelf, potentially stressing and crushing pupfish, which are slow-moving, docile, and as they have no natural predators, curious by nature,” the National Park Service said.

These blue, inch-long pupfish are unique. They are believed to have survived in the same location in the Mojave Desert for tens of thousands of years in a harsh environment that’s usually not compatible for fish.

The National Park Service suspects the intruder extensively damaged the pupfish habitat by disturbing the algae and its food supply. The agency is also concerned that the skinny dipper crushed pupfish eggs, as April and May are spawning season.

Police say the three men came to the area after a night of shooting rabbits and drinking. They were armed with a shotgun, authorities say.

They jumped over the fence and fired at least 10 shots into two gates’ locks, two surveillance cameras and electric sensors, according to authorities. They removed cables from security cameras and damaged scientific equipment, according to the park service.

They left behind the dirty boxers, three beer cans, vomit and a dead pupfish.

Police say they’ve contacted three suspects — all Nevada residents. Federal charges are expected to be filed against the trio, with possible counts including conspiracy to commit a crime, killing of an endangered species, destruction of property, trespassing and destruction of habitat, the Nye County sheriff’s office said.

Scientists closely monitor the Devils Hole pupfish and its habitat. The species is believed to have been isolated for 10,000 to 20,000 years because they’ve adapted to 93-degree water and an oxygen concentration that’s usually deadly for fish.

This also makes them vulnerable to extinction because they cannot move to a new home if their environment changes, according to the Nevada Fish and Wildlife Office.