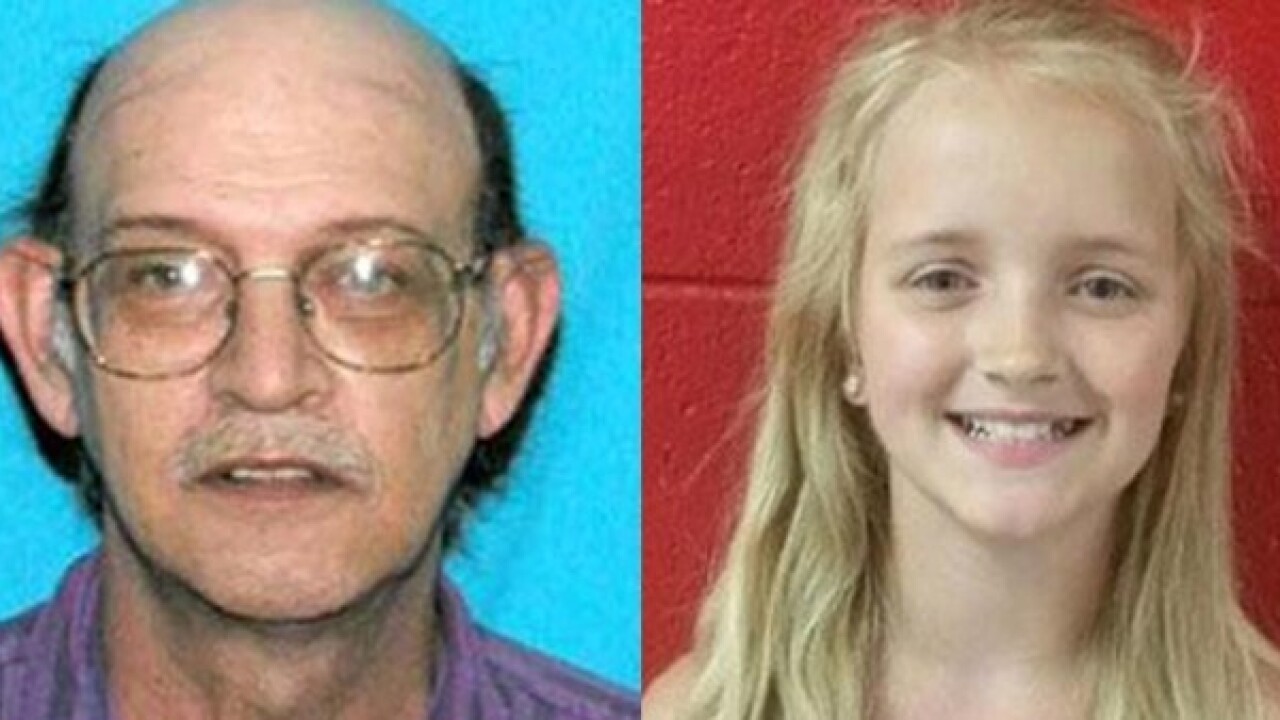 KNOXVILLE, Tenn. -- A 9-year-old girl missing for more than a week was found in a remote section of east Tennessee by two men who held her suspected captor at gunpoint until police arrived, authorities said Thursday.

Carlie Marie Trent appeared to be safe but was taken to a hospital to be checked out, Tennessee Bureau of Investigation Director Mark Gwyn said at a news conference.

Gary Simpson, her 57-year-old uncle by marriage, was charged with especially aggravated kidnapping and may face other charges, Gwyn said.

Simpson checked Carlie out of her school in Rogersville on May 4, TBI spokesman Josh DeVine said. Simpson did not have custodial rights or permission to remove her from school.

They were found Thursday in a rugged, mountainous section of Hawkins County, the county from which they disappeared, Gwyn said.

He said the public had been asked to look in their barns and on their property and four-wheel trails for clues.

Donnie Lawson, a farmer, and Roger Carpenter, a Baptist pastor, found Simpson and Carlie in an area that could only be reached by four-wheel vehicle or on foot, Gwyn said.

"These are two heroes who went on their property just to see if they were there," Gwyn said. "The public is who rescued Carlie and without their assistance I wouldn't be standing here tonight."

One of the men held Simpson at gunpoint while the other called 911, Gwyn said.

An intensive search had been underway for Simpson and Carlie, who authorities earlier said might have been in "imminent danger." An Amber Alert had been issued and the FBI made the disappearance the case of the week on its website.

DeVine said Simpson bought clothing and camping equipment before going to the school, so investigators thought they might have been staying in the woods or at a campground.

People had reported seeing Carlie as far away as Idaho but the search had always been focused on Hawkins County, Gwyn said.

Missing Tennessee girl may be ‘in imminent danger’