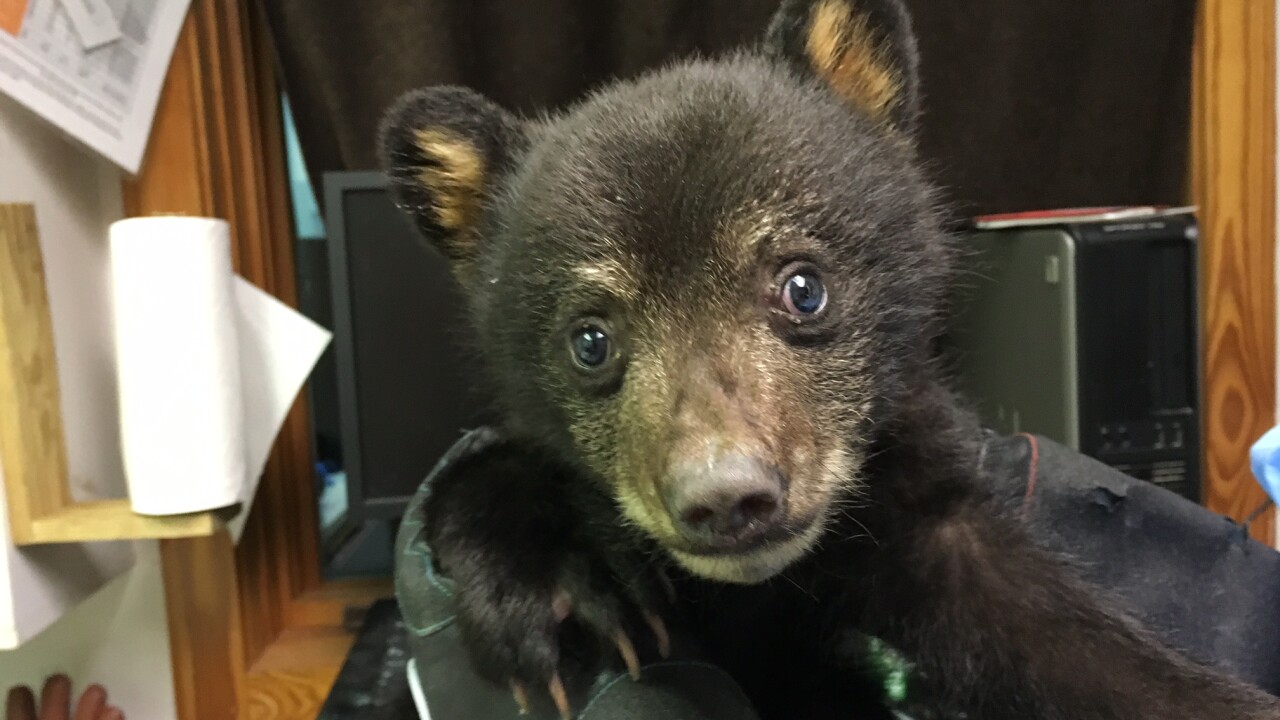 Image property of the Wildlife Center of Virginia.

STAUNTON, Va. – A black bear cub lost his mother and sibling while crossing the road in Staunton, Virginia on May 9. Augusta County Sheriff’s Office found the cub alongside the road and immediately contacted the Wildlife Center of Virginia. The cub was found to have no injuries and although weighing in at only five and a half pounds, he was in otherwise good condition.

Image property of the Wildlife Center of Virginia.

The cub was then taken to the Virginia Tech Black Bear Research Center. At the Center, the cub was introduced to a surrogate mama bear, called a sow.

The Black Bear Research Center is able to foster orphaned cubs with sows who have given birth at the center. The mother and cubs are then released into the wild once research has been finished and the mothers will be able to care and provide for their children.

For further updates on the bear cub’s progress, visit the Wildlife Center of Virginia’s page on Black Bear cub #16-0598.