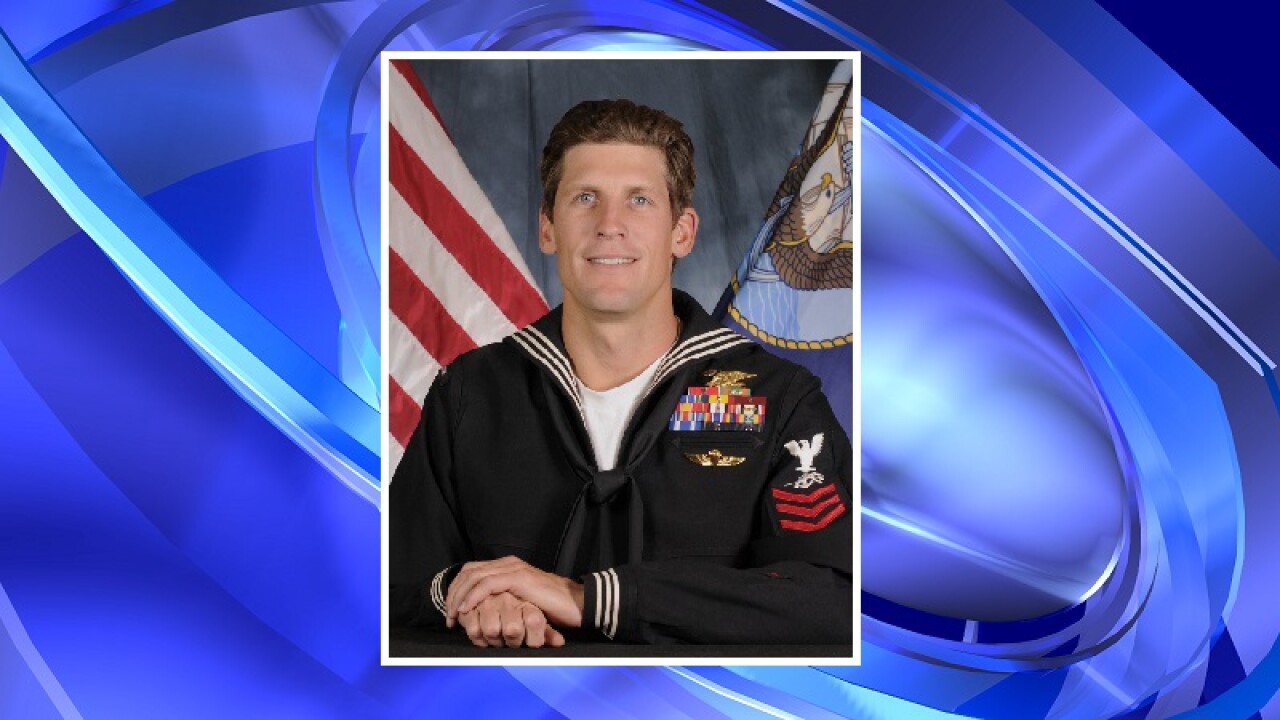 SAN DIEGO - A private memorial was held Thursday in honor of the Coronado-based U.S. Navy SEAL killed in Iraq on May 3.

Petty Officer First Class Charles Keating IV was posthumously promoted to Chief Petty Officer before the memorial. The U.S. Navy awarded the Silver Star and Purple Heart to Keating during the ceremony.

FOX5 San Diego reports Thursday's ceremony had quite a turnout – as family, friends, fellow SEALs and members of the military community filed into Tidelands Park to pay tribute.

“Moderation is for cowards, was kind of his motto… and so whatever he did he did it with all of his strength," said U.S. Navy Chaplain Dennis Kelly. “He lived life, he was passionate about life and he had a joy that was throughout everything that he did.”

Keating’s body arrived Thursday to Naval Air Station North Island met by his family, friends and members of SEAL Team One.  They were accompanied by over 100 Patriot Guard Riders who escorted the remains and loved ones.

“This is helpful everybody to come out and show their support and say if this were to happen to me I know that I would have the support of my brothers and sisters that I stand shoulder to shoulder with today,” Kelly said.

Keating was fatally shot in a battle with Islamic State forces north of Mosul. He was 31.