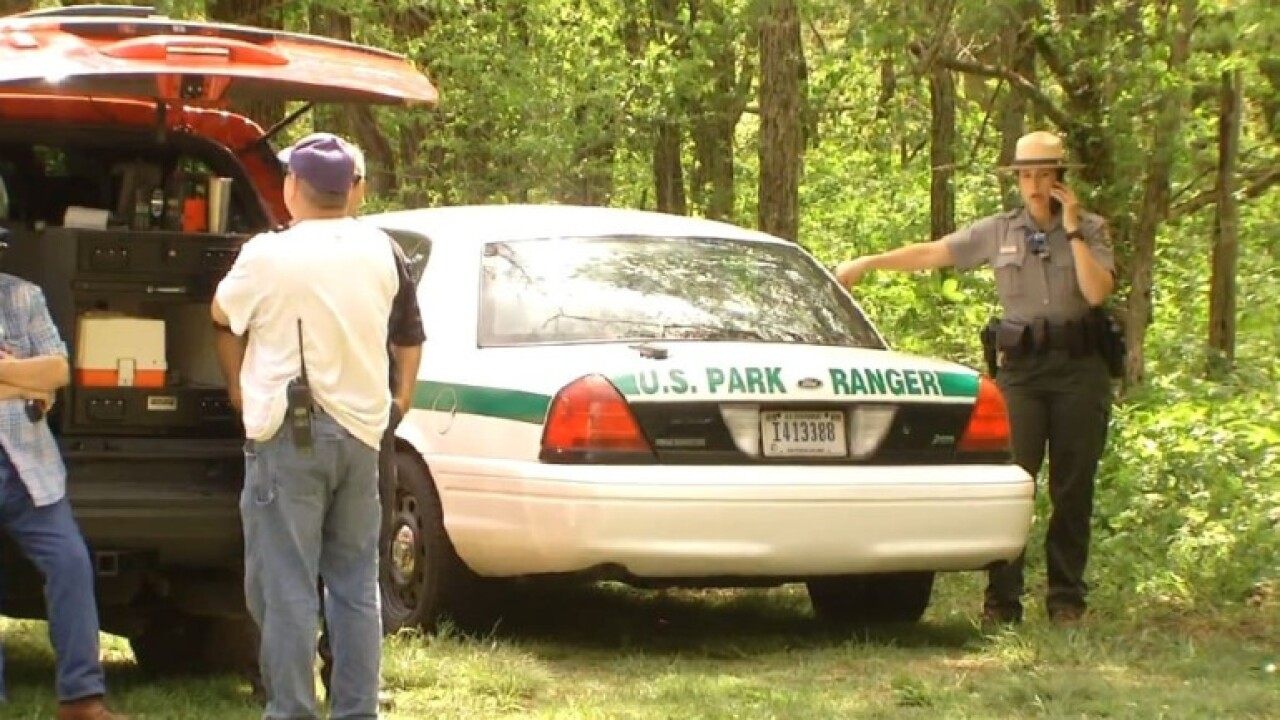 BUNCOMBE COUNTY, N.C. — A missing hiker found off a trail along the Blue Ridge Parkway in Buncombe County Thursday had been tied to a tree, according to emergency radio call recordings obtained by WLOS.

In the recordings, a firefighter with the Reems Creek Volunteer Fire Department tells a dispatcher the 64-year-old woman is alive.

A missing hiker rescuers found off a trail along the Blue Ridge Parkway had been tied to a tree, according to emergency radio calls (Photo credit: WLOS)

“She’s not deceased at this time,” a rescue worker at the scene told a dispatcher. “She is tied to a tree. This is the one they were looking for.”

The hiker was found near Potato Fields Gap, which is less than four miles from the Craggy Gardens Visitor Center.

Rescuers started looking for the woman after her friend called 911 at 1:25 p.m. Thursday. She was located about an hour later.

The woman was taken to Mission Hospital. Her condition is not known.

There is no suspect information available at this time.