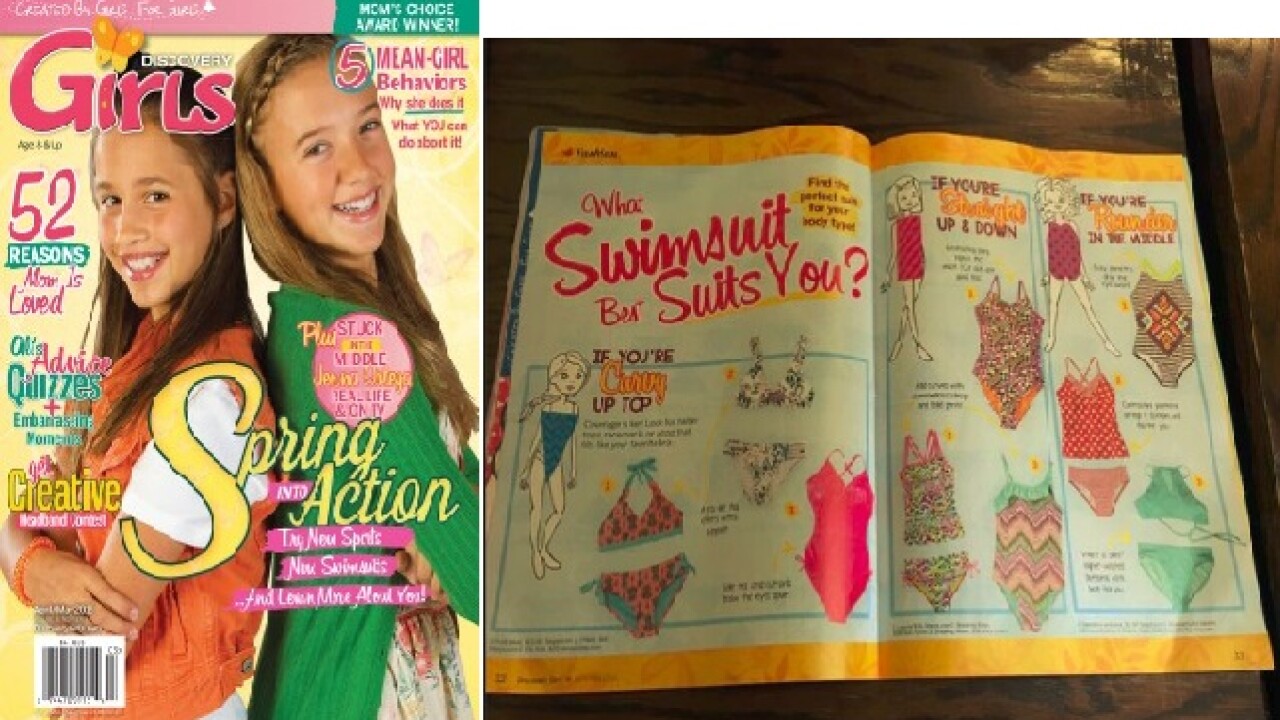 A magazine aimed at 8- to 12-year-old girls is getting quite a bit of backlash from a feature in their latest issue.

The April/May issue of Discovery Girls magazine contains a section that offers tips on choosing bathing suits based on size and curves — a topic that many believe is inappropriate and sending the wrong message to their tween audience.

Tips for girls who are “rounder in the middle” included wearing “higher-waisted bottoms.”

Once images of the article were posted to Twitter, the magazine immediately began receiving negative feedback — so much so that the publisher of the magazine, Catherine Lee, posted an open letter to the magazine’s Facebook page expressing her shared distaste in the feature.

“I am in total agreement with all of you regarding this article, so much so that I wanted to make this letter as public as possible,” she wrote. “We want to make sure that our girls know that any article that makes you feel bad about your body is not a good article, and should be questioned.”

Lee continued by saying it was “still hard for me to believe that an article so contrary to our magazine’s mission could have been published on our pages. I have been a loss for words for days.”

Responses to the apology have been mixed. Some parents seem to be satisfied and appreciative of Lee’s efforts, while others are questioning how the article was posted in the first place.

“Fire your editor. If this article is so contrary to your mission, how did it ever get to print? Who proofs the magazines before it is printed? This apology is weak. Girls who are the age of your readers shouldn’t even be thinking about their bodies in this way. You won’t be getting a subscription from me, ever,” said one commenter.

Others weren’t happy with the apology at all.

” I thought I was with you until this: “The article was supposed to be about finding cute, fun swimsuits that make girls feel confident”– what?! No. I don’t want your magazine telling my 9-year-old that she needs to feel “confident” in her swimsuit. She has no current thoughts about NOT feeling confident in her swimsuit. Just like boys have no thoughts about not feeling confident in theirs. This is straight-up conditioning to teach girls that they should be conscious of their body shape, compare it to others, and make sure they’re not wearing the “wrong” thing…” said another commenter.

What do you think about the article? Weigh in on our Facebook page.