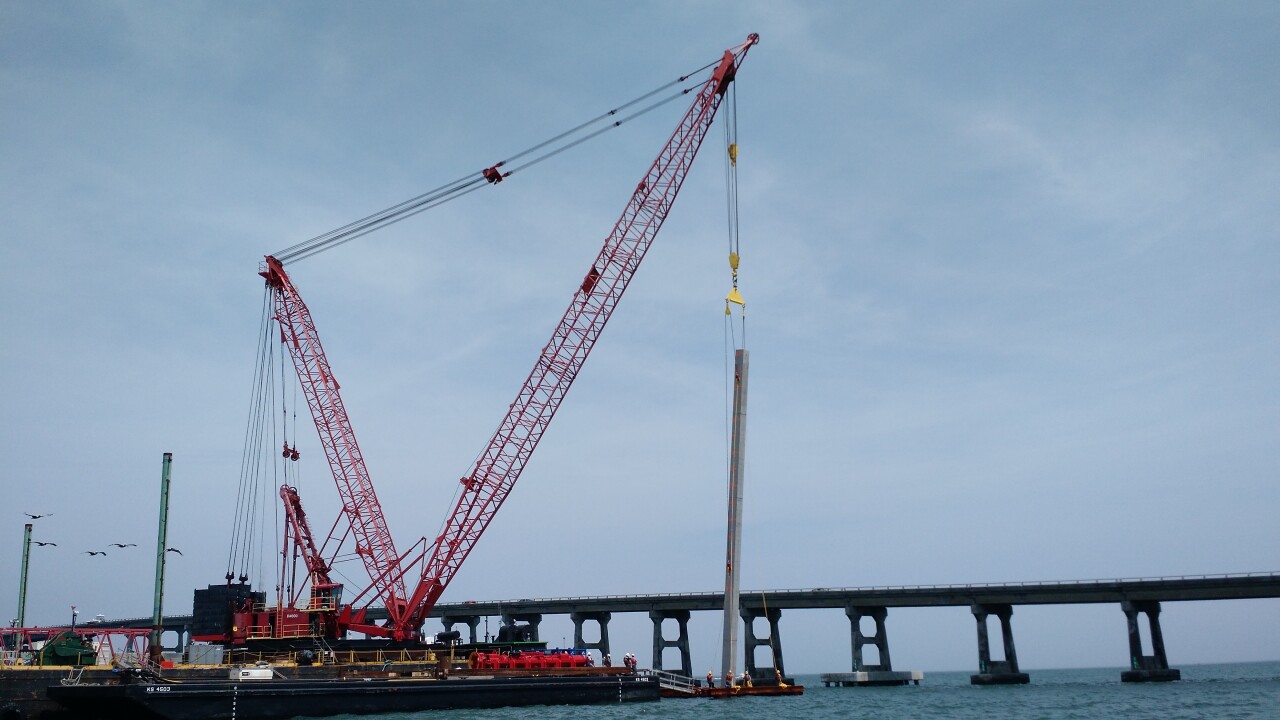 OUTER BANKS, N.C. – The construction of the Bonner Bridge replacement reached a major milestone this week as crews placed the bridge’s first of 673 pilings that will make up part of the bridge’s foundation.

According to NCDOT, the first pilings will be installed in the middle of the bridge where the navigation span will be and are being installed on a slight angle to provide greater stability to support the new bridge.

The pilings range in length from 110 feet to 130 feet and are made of concrete. Laid end to end, they would stretch for a total of 16.5 miles — a little longer than the distance between Oregon Inlet Fishing Center and Rodanthe. Two different sized pilings will be used to form the foundation. The majority of the pilings will be 36 inches square; however, the ones used in the marsh, shallow water, and land portions of the new bridge will be round, hollow columns 54 inches in diameter.

“As we lay the foundation of the new Bonner Bridge, we are one step closer to providing a much-needed lifeline between the Outer Banks and mainland North Carolina,” he said of the new progress. “This is a great day for the people of the Outer Banks and all of North Carolina as we take a significant step toward better connecting our citizens to jobs, healthcare and recreation.”

The new bridge is scheduled to open to traffic in the Fall of 2018.  The entire project, which includes demolition of the existing bridge, is scheduled to be complete in September 2019.