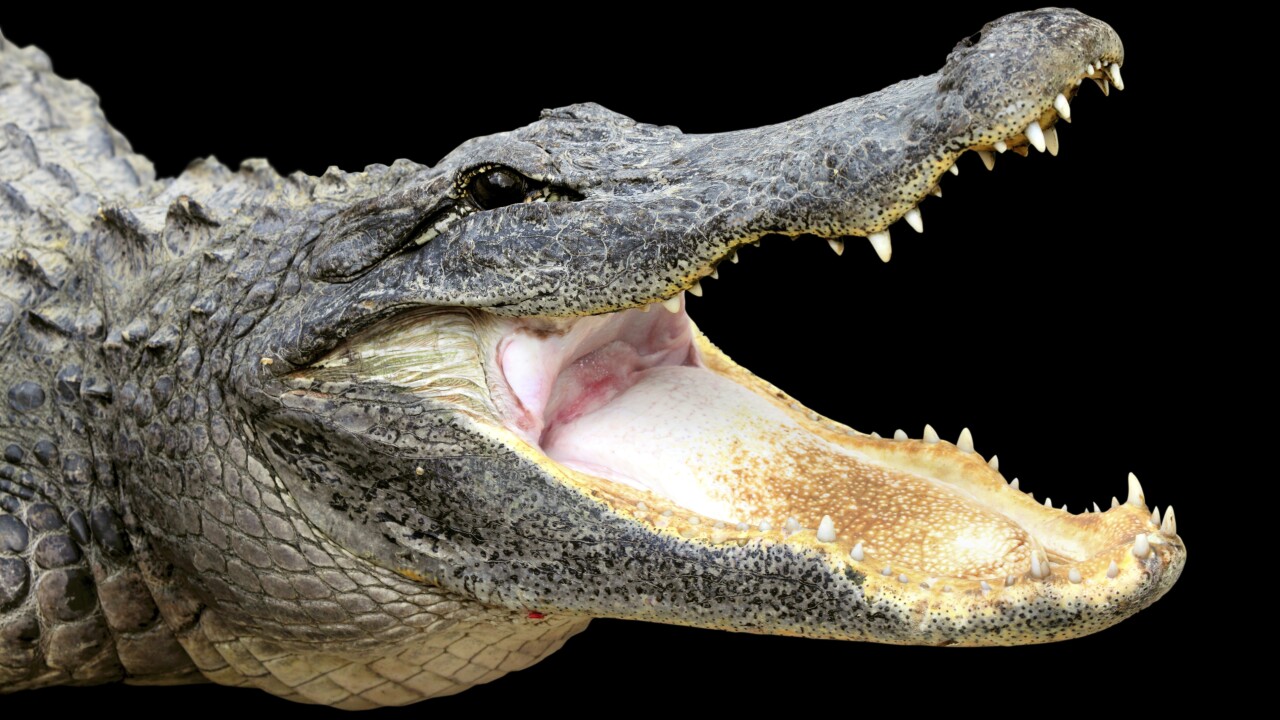 A Florida man who had swum into an apparent alligator-infested lake after an argument with his mother Wednesday night was found lying nearby about an hour later with part of his left arm missing.

According to Lakeland Police, officers were called to an apartment at The Landings at Long Lake on Long Lake Circle at about 8:30 p.m. over a disturbance between a mom and son. The mother told officers that her son, Jessie Scott Kinsinger, needed psychological help and was having an episode. She said he’d fled into a wooded area behind their apartment, and that when he was found, she wanted him taken into custody under the Baker Act.

Lakeland Police called for help from the Polk County Sheriff’s Office, which used a helicopter and bloodhound to search the area. Less than an hour into the search, a witness told officers that they’d seen Kinsinger, 21, near a dealership on Combee Road.

Just before 10 p.m., the Sheriff’s Office helicopter found Kinsinger lying on the ground back near the apartment complex. He told officers that he knew law enforcement was looking for him, so he’d swum back across the lake to where he now was.

A sign near where Kinsinger got out of the lake read, “Caution! Alligators frequent this area!”

Kinsinger was missing about 3/4 of his left forearm.

He was taken to Lakeland Regional Health Center, where he was placed under the Baker Act. No charges are pending at this time, police said.

When he was found by his brother-in-law, Mike Taylor, Kinsinger was missing about 3/4 of his left forearm.

On Thursday, Taylor pointed to an area where he found Kinsinger screaming in pain on the bank of the lake.

Kinsinger’s mother, Rena, visited her son at the hospital Thursday and said her son’s arm was amputated just below the elbow. She said the gator did so much damage during the death roll to her son’s arm that it’ll have to be amputated further.

“It’s going to have to be amputated at his shoulder. This is the first surgery,” she said. “Every part of the elbow was twisted and broken, every little particle.”

The Florida Fish and Wildlife Conservation Commission is searching for the gator they estimate to be about 10 feet long. Taylor said a trapper hooked a gator Wednesday night, but it broke the line.

“What the trapper told me was this gator was unusually aggressive, and they said once he has a taste for blood, he’s going to come back for it,” Taylor said.

Taylor likely saved Kinsinger’s life by immediately taking off his shirt and tying it around the arm until paramedics could arrive.

Kinsinger was taken to Lakeland Regional Health Center, where he was placed under the Baker Act. No charges are pending at this time, police said.

The Kinsinger family has faced adversity before. In 2012, Kinsinger was shot twice trying to protect his mom from a home invasion. A year later, his father died from a heroin overdose.

They do not have health insurance and has set up a GoFundMe page for a prosthetic arm for Kinsinger.