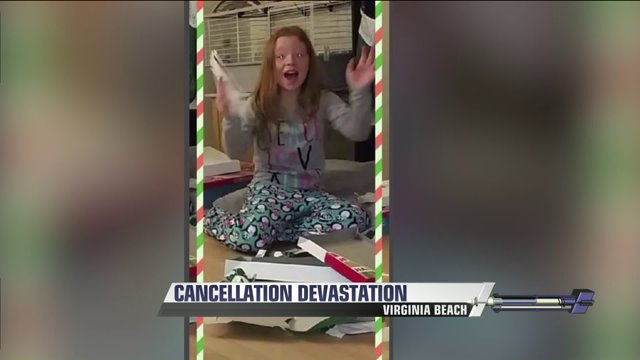 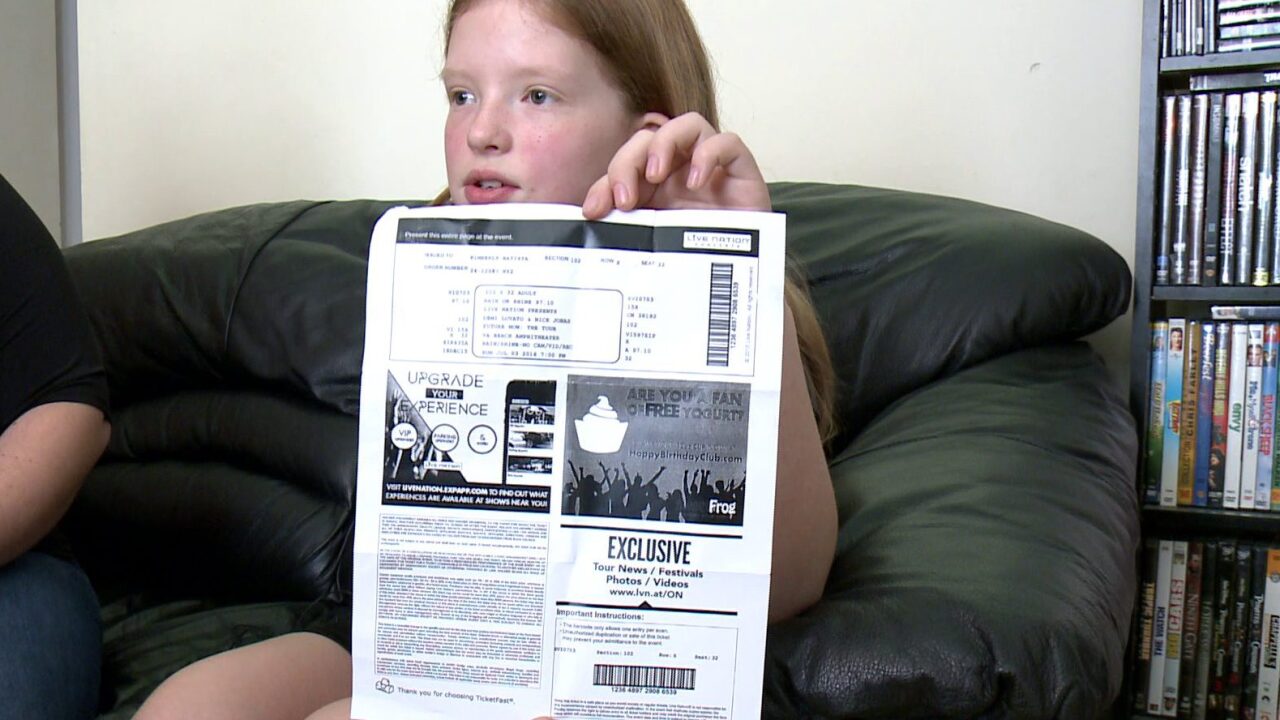 Isabella Miklos is heartbroken the Demi Lovato and Nick Jonas concert in Virginia Beach has been canceled.

"I was starting to get crying a lot," Isabella said. "I was really looking forward to it and it was my first concert ever."

Isabella had been looking forward to going to the concert for four months. Her family surprised her with the tickets on Christmas as a reward for getting good grades in school.

"That was the big gift for her this year. We had all pitched in and saved and we got some decent seats. We wanted to make sure her first concert experience was a good experience," Isabella's mother Kristina said.

"Me and my friends were all looking forward to going to this concert until I told them that the concert was canceled," Isabella said.

As a mom, Kristina is disappointed because this was an age-appropriate concert.

"A lot of other singers sing about other things I don`t want her to know about, but Demi Lovato sings about confidence, inner beauty, outer beauty, which is good songs for little pre-teens," Kristina said.

But now, Kristina's opinion of Demi has changed.

"One thing that really upsets me is she prides herself on doing this for the fans and not the fame, but now chose a show that`s on tv as opposed to a show that doesn`t get any interaction with big name celebrities out here," Kristina explained.

So now, Isabella was let down by someone she wanted to be when she grew up.

"I was really looking forward to that concert and that she made me really cry and upset," she said.

Live Nation says the concert was canceled because of a scheduling conflict. The pair will be performing a 4th of July show in Boston instead.

The tickets for the Virginia Beach Show were all refunded.