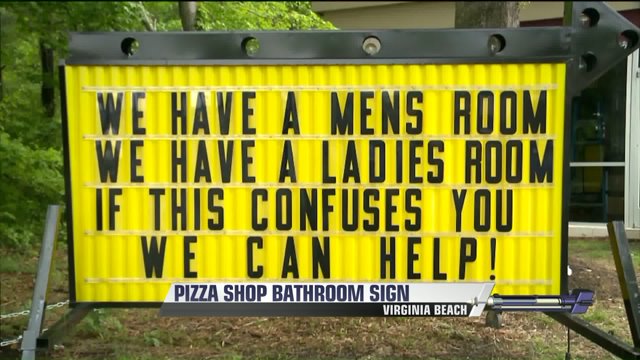 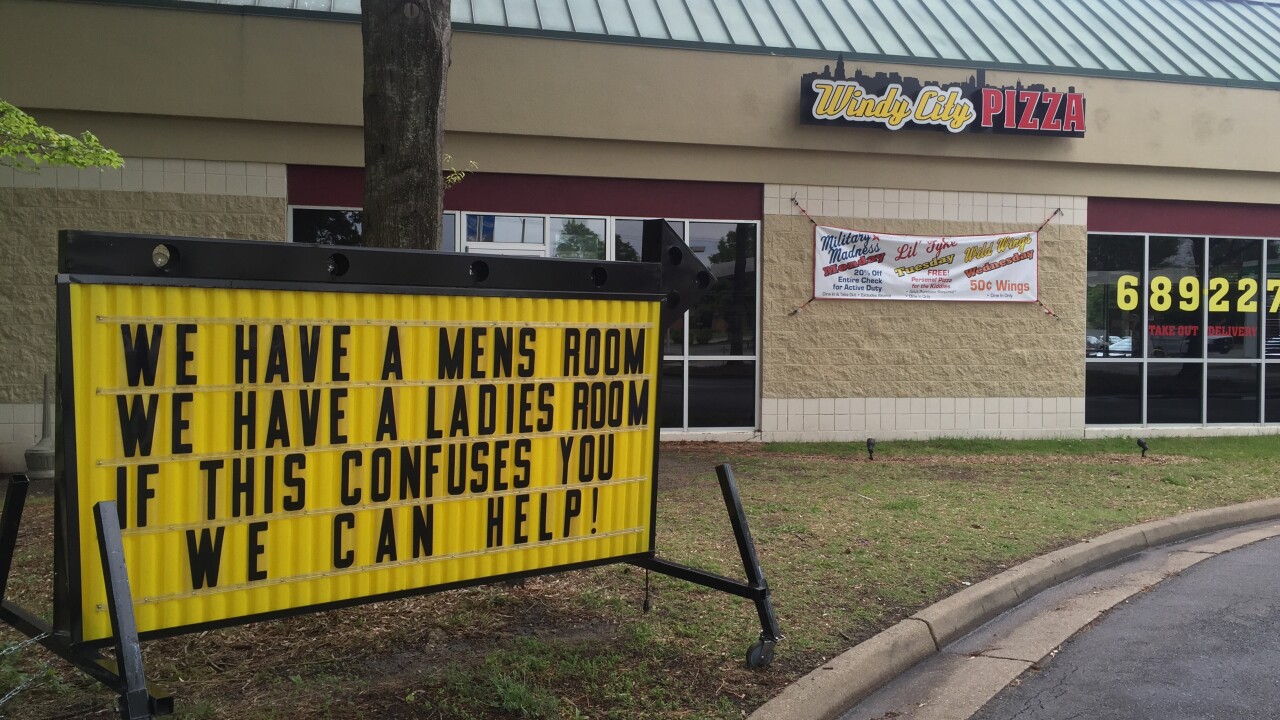 VIRGINIA BEACH, Va. - The owner of Windy City Pizza on General Booth Boulevard posted a sign that appeared to reference the controversial topic of transgender restrooms.

The sign read, "We have a men's room. We have a ladies room. If this confuses you, we can help!"

A viewer first alerted NewsChannel 3 about the sign Monday evening, the same day that North Carolina and the U.S. government announced lawsuits against one another over the controversial so-called bathroom bill known as HB2.

We reached out to the store owner, who didn't want to talk on camera.

He told us over the phone that he does not have a specific stance on the issue, but likes to post messages to stimulate conversation.