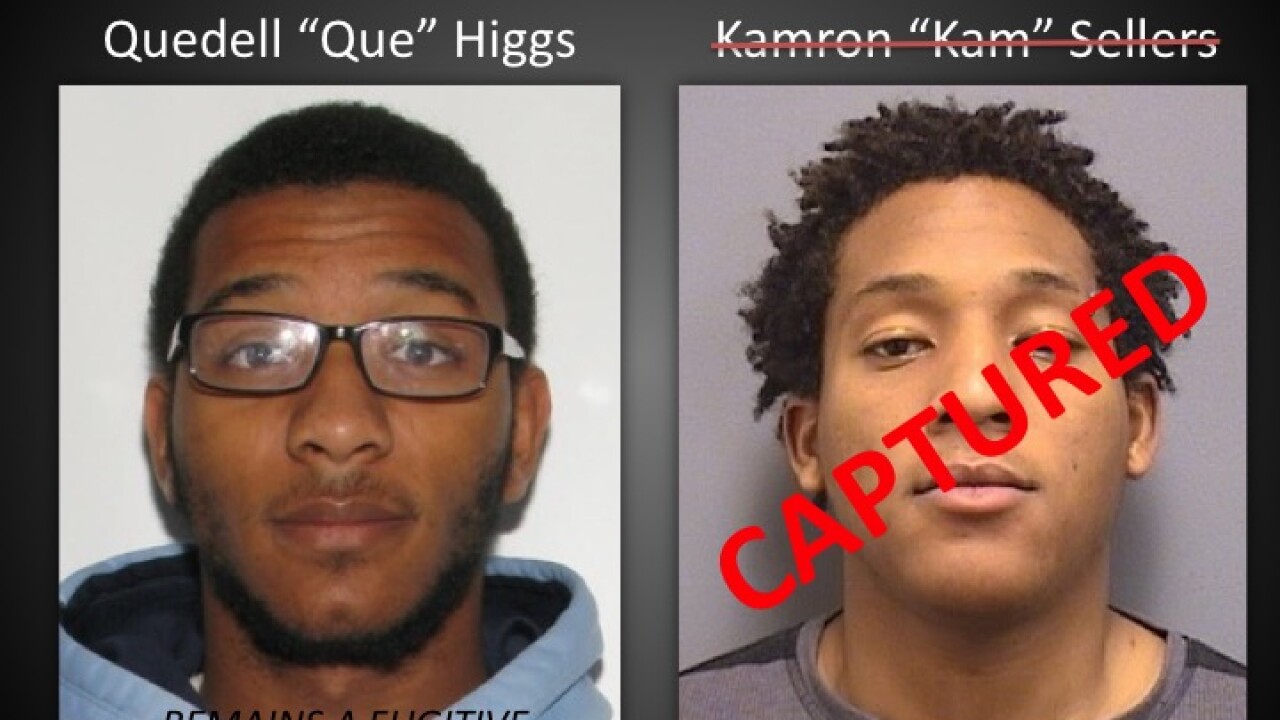 NORFOLK, Va. – Police have arrested a man in connection with a deadly April 18 double shooting in Norfolk. A second suspect is still wanted.

Police identified Quedell “Que” Higgs and Kamron “Kam” Sellers as the suspects in the homicide. They have both been charged with two counts of second degree murder and two counts of use of a firearm in the commission of a felony.

Sellers was arrested Saturday morning in Charleston, South Carolina where he waits extradition to Virginia.

Higgs, 21, is 6’1″ tall and weighs 175 pounds. He has short black hair and brown eyes. Higgs’s last known address was in the 1300 block of Keaton Way in Chesapeake, but he is known to hang out in Suffolk and Richmond.

Police were called to the scene of a possible gunshot victim in the 5400 block of Ashby Street on April 18 just before 10 p.m. When they arrived, they found a man and a woman suffering from gunshot wounds.

The two people were taken to the hospital with life-threatening injuries.

The man, 33-year-old Jeffrey Stallings of Virginia Beach,  was pronounced dead upon arrival to the hospital.

The woman, 20-year-old Casey Kayser of Virginia Beach, died from her injuries Wednesday afternoon. Police said she was surrounded by family members when she died.

Anyone with any information about this deadly shooting is encouraged to contact the Norfolk Police Homicide Section at 757-664-7023 or call the Crime Line at 1-888-LOCK-U-UP.