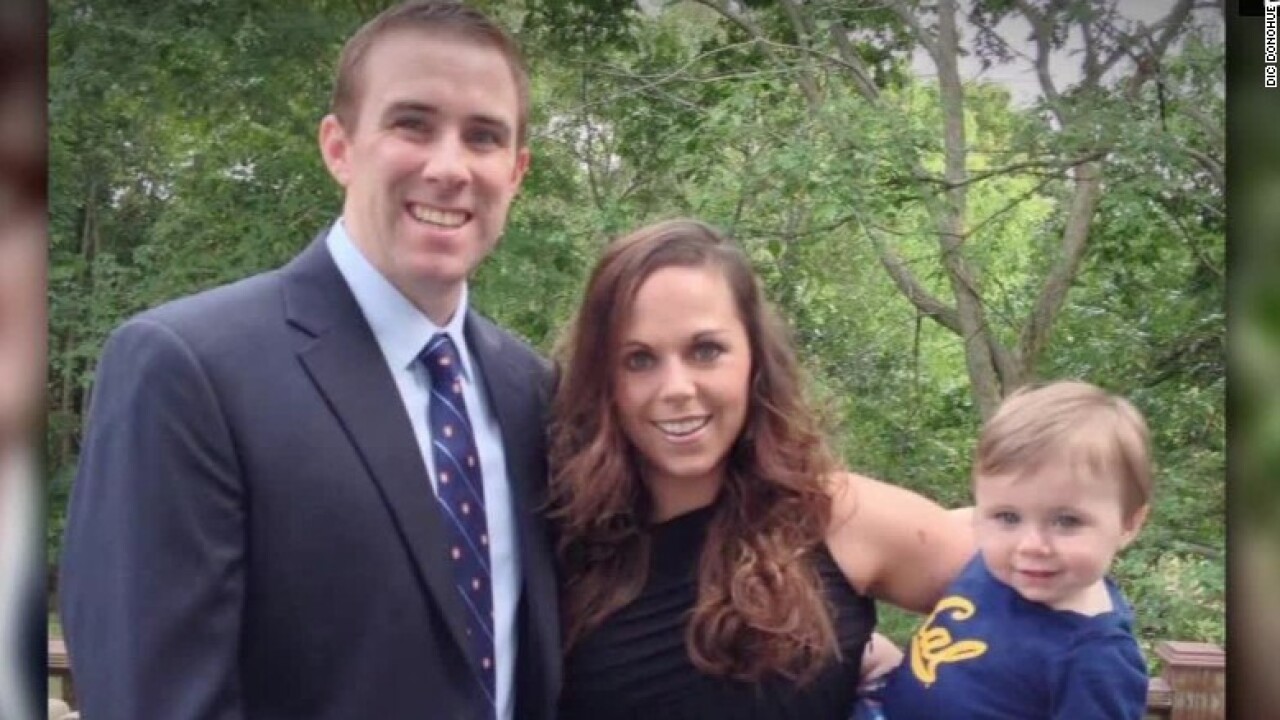 April 19 will likely be a life-changing day for Dic Donohue. That’s when his second son is expected to be born.

But amid the joy, there will also be reflection. April 19 marks three years since the worst day of Donohue’s life.

That’s the day he was shot and nearly died during the manhunt for the Boston Marathon bombers.

“I have a couple of brief memories here and there, but not a heck of a lot,” says Donohue, who was a transit police officer in Boston at the time.

What Donohue does remember is taking the call to respond to officers in need.

‘Officers in need of assistance’

“I partnered up with another transit officer. We began the hunt, we were looking for anything suspicious. We eventually heard a call for assistance from Watertown police officers. We happened to be just a couple of miles away, so we went to their assistance just like any officer would,” Donohue recalls.

But the officers, who usually patrolled the transit system in Boston proper, were out of their jurisdiction in Watertown. Hours before, Donohue also learned his academy classmate, Massachusetts Institute of Technology officer Sean Collier, had been killed. But none of that stopped Donohue and his partner from responding to a radio call for “officers in need of assistance.”

Moments later, Donohue soon became a part of a massive shootout with brothers Dzhokhar and Tamerlan Tsarnaev, who were in a stolen car.

The brothers had been on the run since April 15, when they placed two bombs near the finish line of the Boston Marathon. The bombs exploded, killing three people and injuring 264 others.

As Donohue and other officers chased the brothers, they threw explosives out the windows and exchanged gunfire.

In the chaos, Donohue was shot. The district attorney’s report says he was probably hit by friendly fire.

A fight for his life

Doctors at Mount Auburn Hospital in Cambridge feverishly worked to save his life.

Donohue needed hours of surgery and dozens of blood donations, and he underwent a process called therapeutic hypothermia, in which doctors cooled Donohue’s body to prevent further injury or brain damage.

Donohue spent two months in the hospital rehabilitating and another two years passed before he went back to work; he was immediately promoted to sergeant. Donohue’s promotion came the same day Dzhokhar Tsarnaev was sentenced to death.

But the injuries began to take a toll.

“I’m in pain all the time,” Donohue says, “It makes you one step slower and I wouldn’t want to put anybody’s life in danger.”

So, in February, he retired.

Now, Donohue focuses on giving back. He teaches criminal justice at a Boston area college and is an active ambassador for the American Red Cross; after all, the blood donations saved his life.

So what is the man, who by all medical standards shouldn’t be alive, grateful for?

“I’m grateful to be here. Without my life being saved, my son wouldn’t have a father, so I’m grateful for that.”