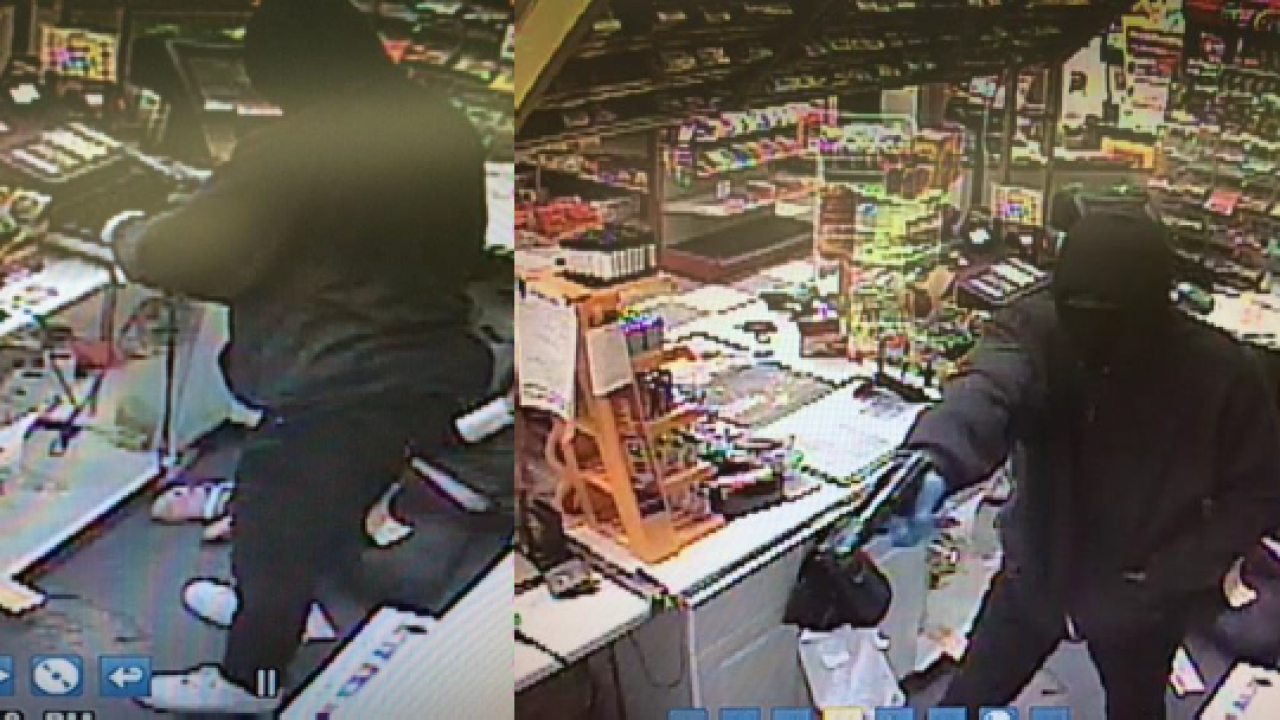 HAMPTON, Va. – Police need your help finding two men who robbed the Mega Mart in the 3800 block of Kecoughtan Road.

Dispatch received a call about the robbery on Thursday at 10:20 p.m.

Two men wearing black masks came into the Mega Mart with their guns drawn and demanded cash. After receiving the money and two cellphones, both robbers ran away.

The first suspect is described as a black male, standing 5’8″-5’10” and weighing around 175 pounds. He was seen wearing a dark hooded zipper down sweatshirt, black pants, white tennis shoes, blue latex gloves and armed with a gun.

The second suspect is described as a black male , standing 5’7″-5’9″. He was seen wearing a black jacket, dark pants, and armed with a gun.

Anyone with information that will assist police is encouraged to contact the Hampton Police Division at 727-6111 or the Crime Line at 1-888-LOCK-U-UP.