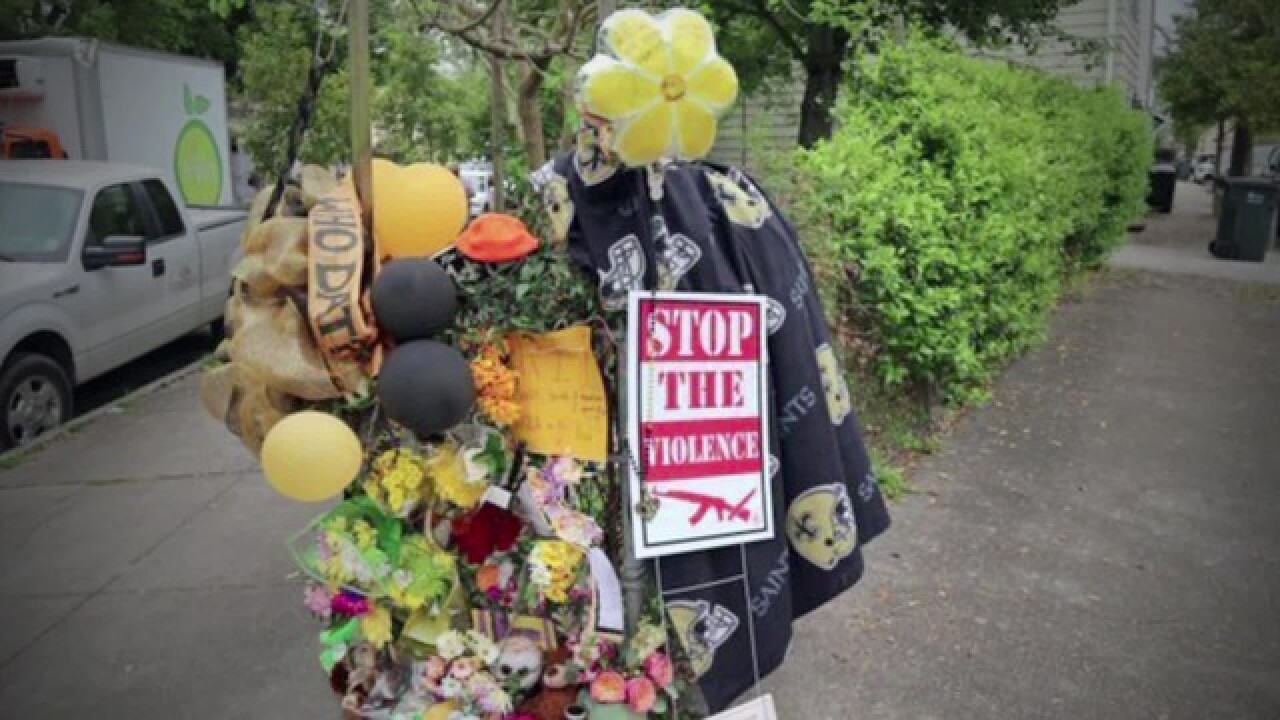 Why was Will Smith killed?

That’s the looming question three days after the former NFL player was shot dead on a New Orleans street.

Authorities quickly pinned blame on Cardell Hayes, charging him with second-degree murder. They say Hayes, in his Hummer H2, rear-ended the Mercedes G63 SUV that Smith and his wife were riding late Saturday. And only one weapon was found at the scene in the Lower Garden District.

Hayes’ lawyer John Fuller insisted his client was not the aggressor in the incident, but the victim of a hit-and-run.

“Someone hit him, the person failed to pull over,” the attorney told reporters. “My client trailed behind this person in an effort to get this license plate number. My client also called 911.”

Surveillance footage from area businesses show two cars, of similar makes and models, driving through New Orleans on Saturday night, as reported by CNN affiliate WVUE. In the first videos, the Hummer is in front of the Mercedes.

The Hummer stops abruptly. The Mercedes pulls up quickly too, possibly hitting it from behind. Both vehicles are a standstill briefly, until the Hummer starts to pull over; the Mercedes, though, goes around and drives off.

‘Six gun wounds to the chest’

Then, a short distance away, came the face-to-face altercation between Smith — who, not long before, had been enjoying a fun night out with his wife and friends — and Hayes.

Words were exchanged and shots fired. One person called 911 to report, according to dispatch audio, “there’s a male down with about six gun wounds to the chest.” That referred to Smith. His wife was shot in the right leg.

They found Smith’s body “in the middle of the street, partially inside of his vehicle, suffering from multiple gunshot wounds to the body,” the police report said. “He died at the scene.”

Hayes was still there, too. That he didn’t leave — and, moreover, that he’d secured a witness who was heading out from the scene — is telling, according to his lawyer.

The place where Smith’s bloody body lay, near the intersection of Sophie Wright Place and Felicity Street, has gone from crime scene to memorial.

There are balloons, flowers and other remembrances. One is a shirt from Smith’s alma mater, Ohio State University. Many more items speak to his nine seasons as a defensive end for the Saints, during which time he helped the franchise win its first Super Bowl. He was selected to the Pro Bowl in 2006 and, the Saints announced Sunday (a month ahead of schedule), recently had been unanimously been picked to join the football team’s Hall of Fame.

Gun violence is not new to New Orleans. It’s something that Smith, himself, took note of a few years ago after a stretch of 20 murders in 26 days in the city.

“Please Stop the Violence!” he tweeted.

That same message is among the signs on what’s now Smith’s memorial. And it’s been echoed by his longtime coach, Sean Payton, who called it “madness” that “everyone needs a gun.”

“I hate guns,” the Saints head coach told USA Today. “I find myself leaning to the right on some issues. But on this issue, I can’t wrap my brain around it.”

His feelings were heightened by his personal relationship with Smith, who was his defensive captain as a longtime locker room leader. The fact that his three children, William, Lisa Mya and Wynter Chase, will now grow up without a father makes it even sadder.

“Mourning the loss of a great friend and teammate, Will Smith,” tweeted New Orleans quarterback Drew Brees, who like Smith was part of the post-Katrina squad that went on to win Super Bowl XLIV in 2010. “Such a senseless tragedy.”