Group protests to get Richmond strip club shut down 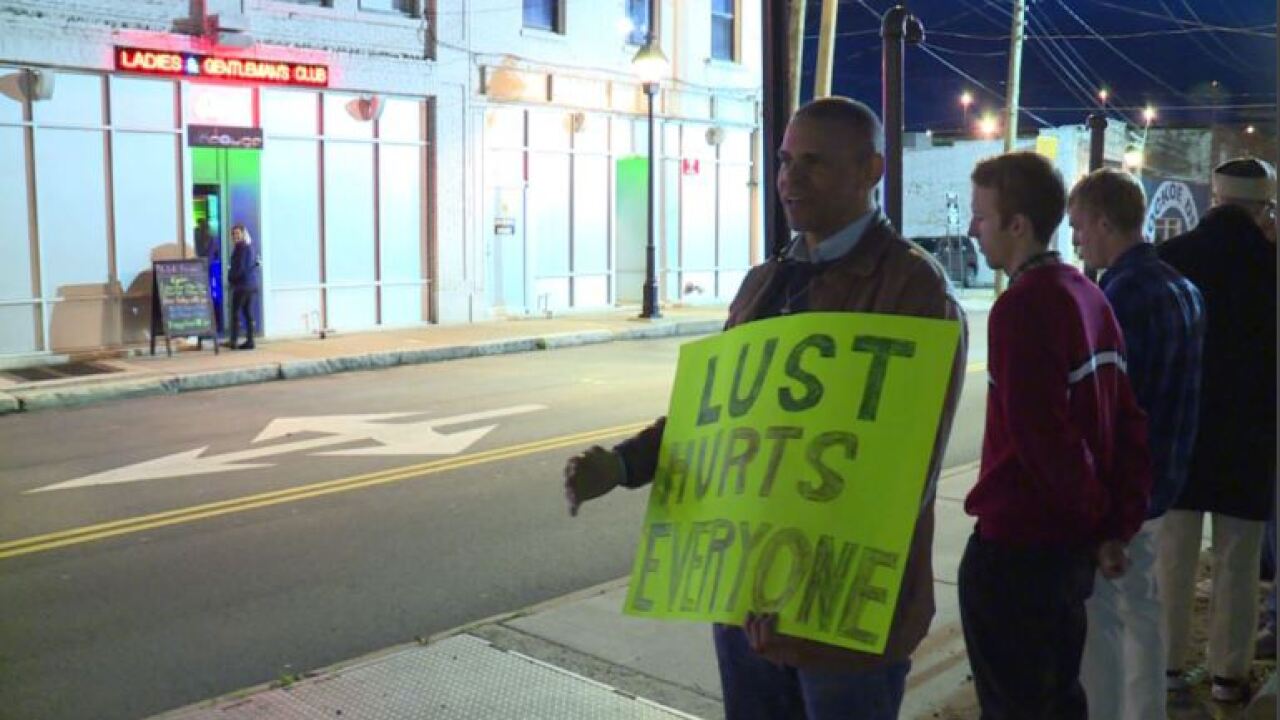 Richmond, Va. – Ten men wearing crosses and carrying signs are all working together toward a common goal–to shut down a popular strip club.

According to WTVR.com, they are working to shut down Club Rogue, which is located in Richmond’s Shockoe Bottom.

“The Devil is real and we really want to fight the devil here,” says Lance Johnson, one of the protesters.

The men are part of a Catholic men’s group and they say they decided to protest the area strip clubs because the clubs objectify women.

They are hoping to change the minds of other men.

Dancers at the club say they dance for college and to support their children.

One of the protesters admitted going to strip clubs in the past, but says he has seen the light and believes other men can overcome their lust, too.

Click here to read more about this story on WTVR.com.