Only on 3: Victim in Cracker Barrel stabbing explains why he took action 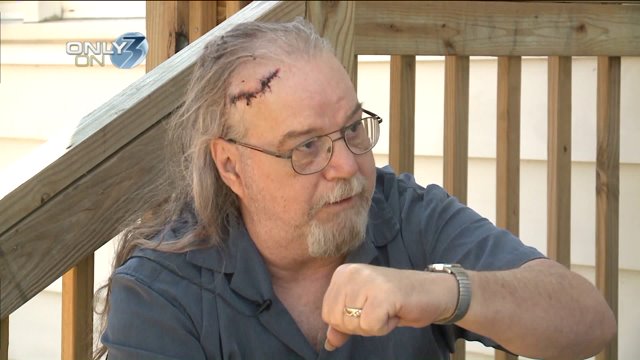 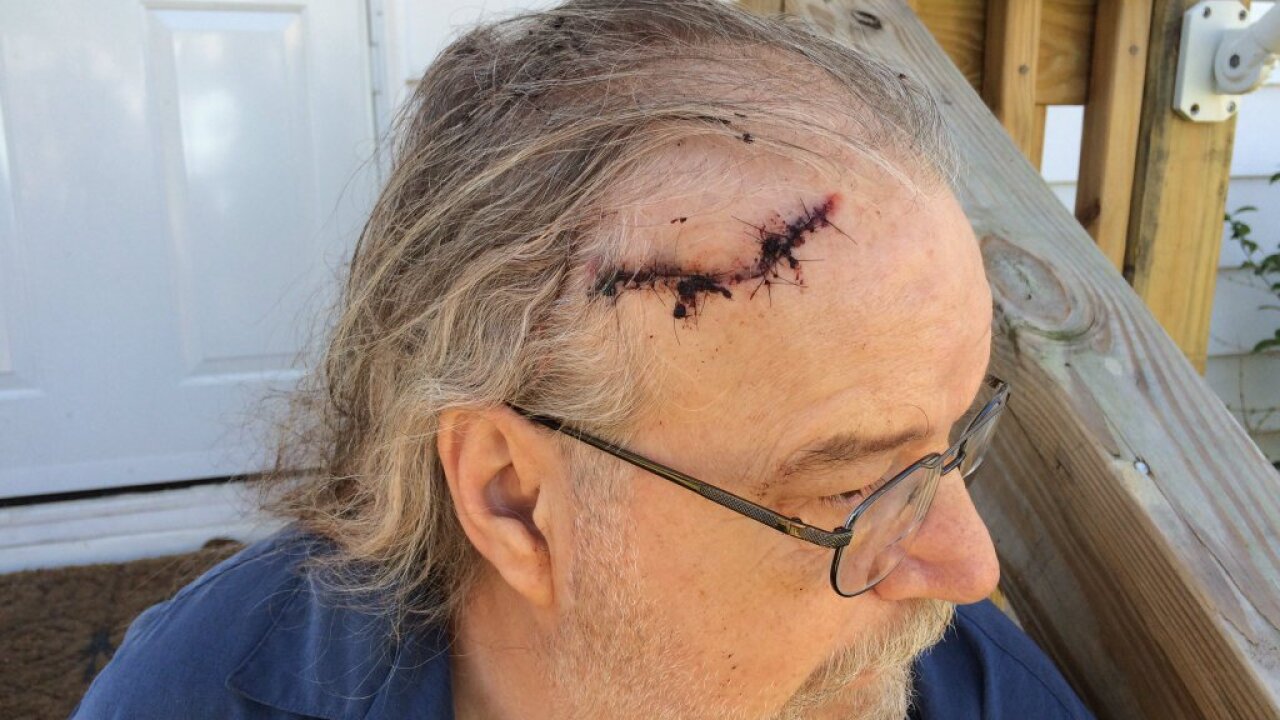 Chesapeake, Va. (WTKR) - A man stabbed in a Chesapeake Cracker Barrel Sunday afternoon says he feels like God put him there to protect others in the restaurant.

Michael Wolfe and his husband had just been seated at the restaurant on Greenbrier Parkway when they noticed a man at a nearby table acting strangely.

"As soon as I sat down, I noticed a young man and I knew there was something wrong because he was getting louder and louder and louder," Wolfe exclusively told NewsChannel 3's Todd Corillo Monday.

Seconds after they placed their drink order, Wolfe says the man, whom Chesapeake Police say is 20-years-old, jumped up with a knife in his left hand. A woman with him tried to calm the man down, but he then lunged and stabbed another woman at a nearby table in her hand with a butter knife.

Wolfe was already out of his seat at that point and put himself between the man and the woman whom had just been stabbed.

ONLY ON @WTKR3: Wolfe has more than a dozen stitches in his head from where he was stabbed. https://t.co/JQqln0eWTF pic.twitter.com/hHettYApK3

As he continued to try and talk the man down, Wolfe was stabbed again in the head before finally managing to knock the knife away.

"He came at me again and connected, but that time I was able to get his arms together and bend his arm over and drop the knife and then I went left arm down on his chest and we went down," Wolfe stated.

Chesapeake Police say the suspect has an unspecified medical condition and was taken to the hospital for a mental evaluation.

ONLY ON 3: Michael Wolfe is talking to @WTKR3 after being stabbed while stopping an attack in @CrackerBarrel Sunday. pic.twitter.com/3cG9kpvXZk

Both Wolfe and the other woman went to the hospital with non-life threatening injuries. Wolfe has 16 stitches in his head and another six in his ear.

While many of his friends are hailing him a hero, Wolfe feels like he was put at the restaurant by God.

"I think God sent me there to be there to have dinner there to protect that young lady because it could have been a lot worse."

Chesapeake Police say charges are pending against the 20-year-old suspect.