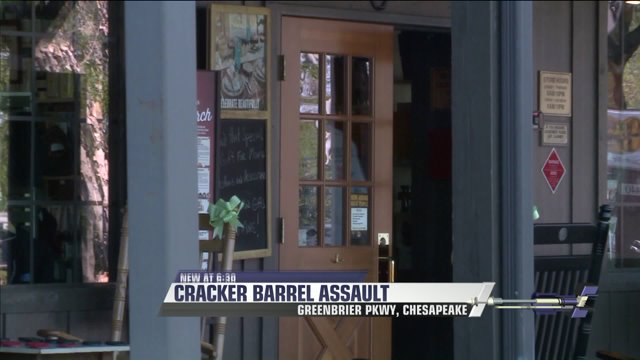 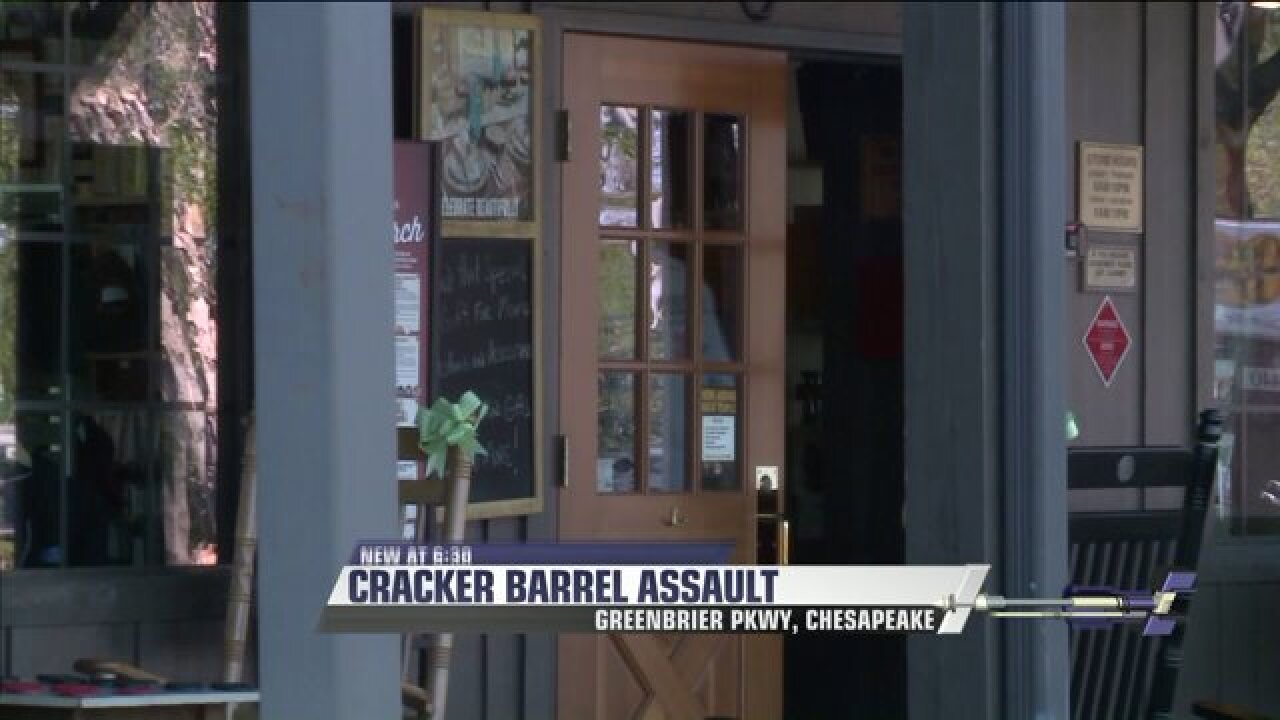 Chesapeake, Va. - A 20-year-old man has been taken to the Chesapeake Regional Medical Center for a mental evaluation after police say he assaulted two Cracker Barrel customers with a butter knife.

This happened in the 1400 block of Greenbrier Parkway. Police responded to the scene at 2:40 p.m.

According to police, the suspect became agitated with another customer and attacked him.  They say a woman sitting nearby was also attacked.

Michael Wolfe, one of the customers who was injured, tells NewsChannel 3 the suspect actually went after the woman first.  He says the man was sitting at a table when he became agitated with a woman sitting nearby for an unknown reason.

Wolfe says the suspect started to attack the woman with the butter knife, so he stepped in to help and was also injured.

The woman was treated on the scene for a cut on her hand.

Police say the suspect is diagnosed with a medical condition.

No word on charges.