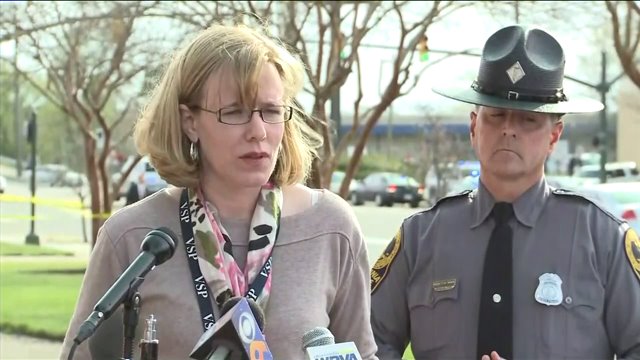 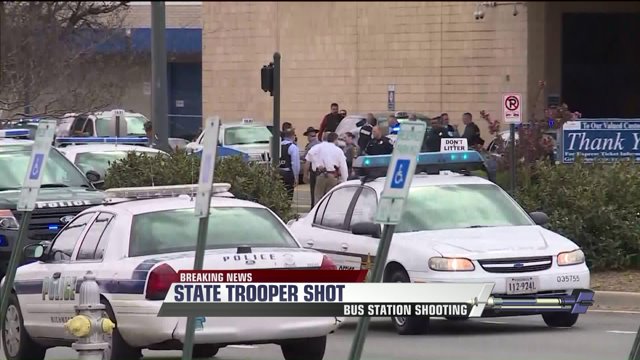 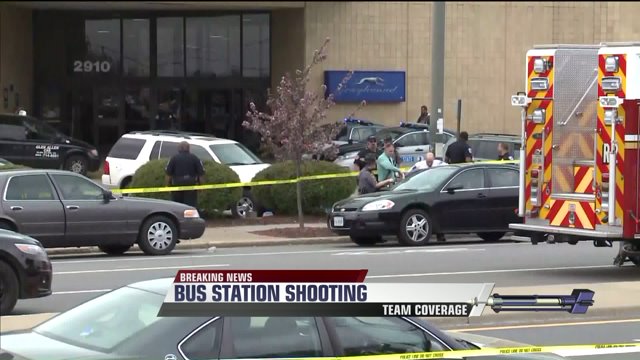 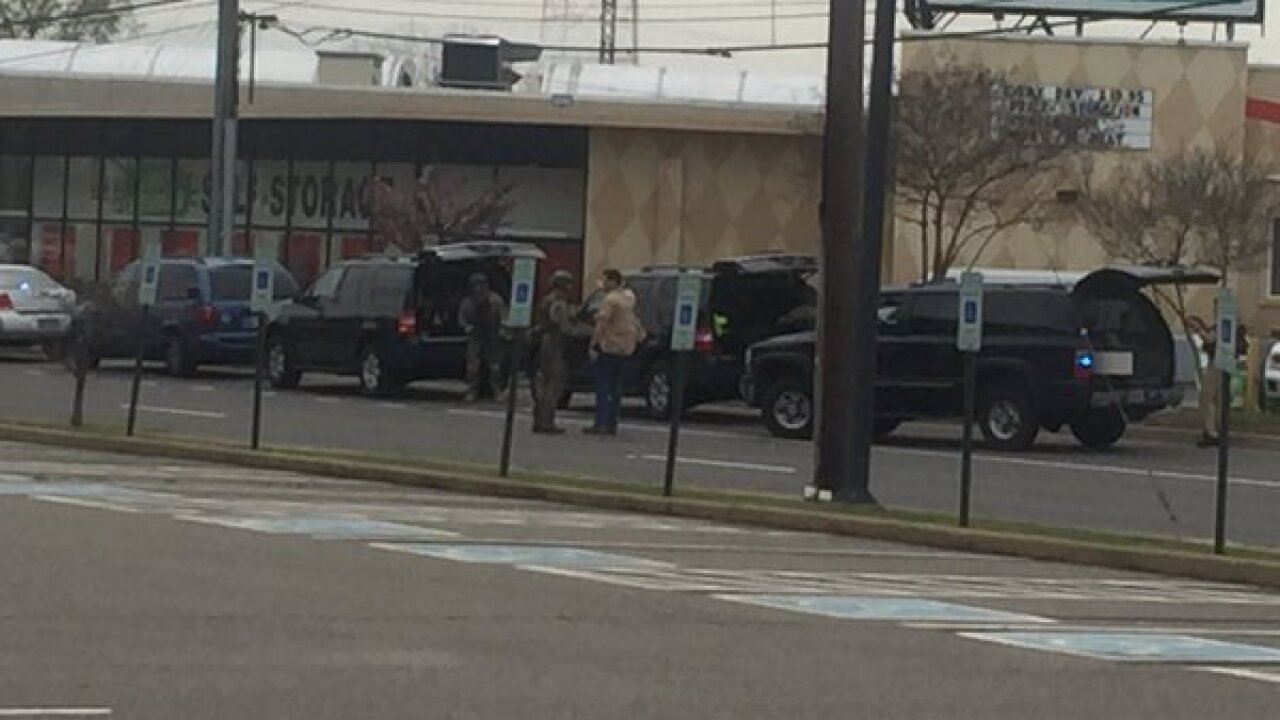 RICHMOND, Va. - A Virginia State Trooper and a male shooting suspect have died after an active shooter situation at the Greyhound bus station in Richmond Thursday afternoon.

The trooper has been identified as 37-year-old Chad Dermyer. Trooper Dermyer previously served in the Marines, used to work for the Newport News Police Department and lived in Gloucester, according to State Police.

Police had previously said as many as six people had been injured, but a State Police spokesperson said Thursday evening that was not accurate. A spokesperson said they originally thought two troopers were transported by ambulance but later learned the second trooper was not injured and was just riding in the ambulance with the injured trooper.

The suspect moved into the terminal's restaurant. Police took the shooter into custody and he was taken to VCU Medical Center where he died. His handgun was recovered at the scene.

No one else was hurt in the shooting.

A State Police spokesperson says approximately a dozen troopers were participating in a specialized training on criminal interdiction practices. The troopers completed a class and were conducing field practicals when the shooting happened.

The FBI, a SWAT team, and Richmond police officers were dispatched to assist State Police.

Trooper Dermyer graduated from the Virginia State Police Academy in November 2014. He was originally assigned to the Chesapeake Division's Area 46 Office, which includes the cities of Newport News and Hampton. He just transferred to the state police Counter-Terrorism and Criminal Interdiction Unit. Before joining the state police, Trooper Dermyer served with the U.S. Marine Corps.

He is survived by his wife and two young children.

A man who stopped for a smoke break before going into the bus station, said he heard at least five to ten shots fired.

Greyhound tweeted that the bus station was closed until further notice.

"We will re-route customers as possible and we will re-issue tickets once we resume service if you are supposed to travel to or from Richmond today," the company stated.

Virginia State Police, Richmond police as well as FBI agents are on the scene.

“Mayor Jones has been fully briefed on the shooting incident on the Boulevard at the Greyhound Bus Station. He is in constant contact with Richmond Police Chief Al Durham. The matter is under the jurisdiction of the Virginia State Police and Richmond Police officials are fully engaged and acting in a supporting role at this time. Mayor Jones has also made contact with Governor Terry McAuliffe and the City and State are working collaboratively to respond to this incident. The Mayor is asking citizens to avoid the impacted area to allow law enforcement and emergency responders to function as efficiently as possible in responding to this incident and stabilizing the scene.”

Gov. Terry McAuliffe said he has spoken with Jones and Col. W. Steven Flaherty, superintendent of the Virginia State Police, and “offered whatever state resources may be necessary to respond to this situation.”

“Our public safety team and I will continue to monitor the situation and support State Police and local authorities in their response and investigation of this incident,” McAuliffe said in a statement.

.@GovernorVA's statement on the shooting in the City of Richmond. pic.twitter.com/YuyGGQAvS8

U.S. Senators Tim Kaine and Mark Warner both tweeted Thursday afternoon that they were praying for the victims.

Terrible news out of Richmond today. Praying for those wounded at the Greyhound station & first responders