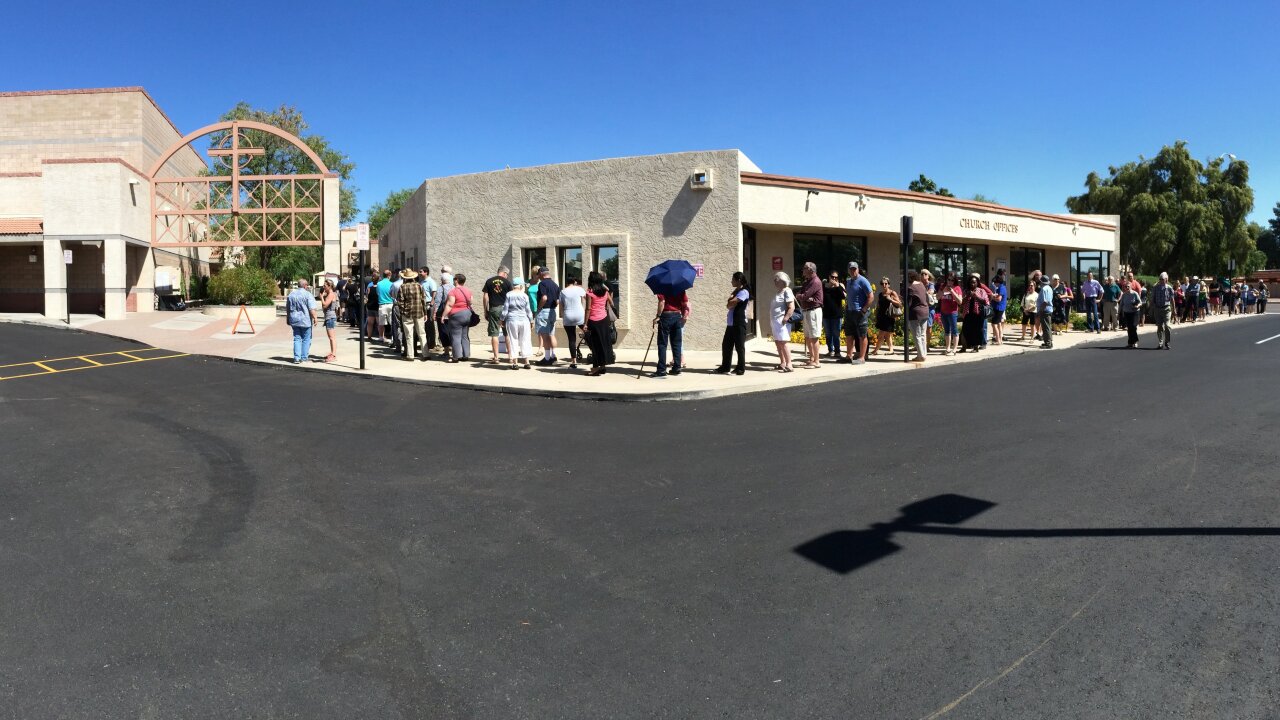 This polling station in Phoenix, Arizona has been busy since just before sunrise Tuesday.

Liberal activists are demanding an investigation into what they see as possible voter suppression as a result of Maricopa County officials’ decision to reduce the number of polling stations as a cost-saving measure.

The activists are planning to outline their frustrations at a press conference Wednesday that the reduction in polling places led to long lines and dissuaded voters from casting ballots during Tuesday’s presidential primary.

Maricopa County Recorder Helen Purcell, a Republican, defended the closings on Tuesday night, telling Fox 10 Phoenix voters could have voted via early ballots rather than risking waiting in line.

“If U are standing in very long line to cast your ballot today, this is what @AZGOP’s claimed imaginary voter suppression looks like #AZVotes,” tweeted Arizona State Sen. Martin Quezada, a Democrat and Bernie Sanders supporter.

The Arizona Democratic Party has asked voters who had trouble voting to complete an online form describing their challenges. The group plans to share the information with the Arizona Secretary of State Michele Reagan, a Republican.

Activists allege that decreasing the number of polling locations from 200 to 60 left some residents completely lacking any or only one polling location in their neighborhood.

“Voting is a right not a privilege — it should be fair and accessible to all our people,” said a post on the Arizona Black Voter Alliance Facebook page.

Republican officials have defended the closings, saying there was less demand for polling places because so many voters mailed in their ballots.

“They’re not to blame for standing in line. But they went to the polling places. They could have voted early or that was their option in this instance,” Purcell said. “I don’t mean to blame voters. I think it’s wonderful voters went to the polls.”

She added that officials chose polling places to close based on areas with high mail-in ballot returns.

The delays appeared to frustrate both Republican and Democratic voters alike.

The editorial board of the Arizona Republic, the state’s largest paper, said some residents “waited in line more than five hours to vote in an election with high stakes for their country.”

The board noted that Pima County, Arizona had 130 sites, more than twice as many as Maricopa County, for one-quarter as many voters.

“That led to ease of voting in the southern part of our state, and disaster in urban Phoenix,” they wrote.

“We will certainly look at this and see if we need to do something different,” she said.