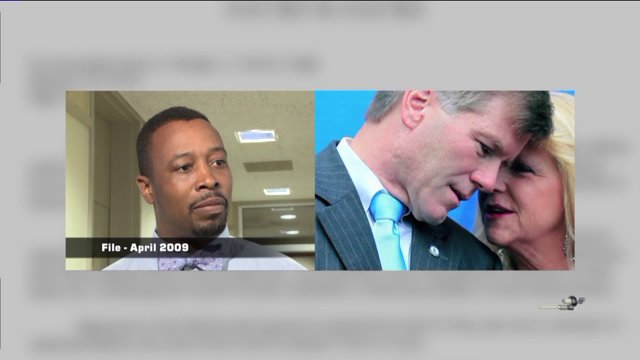 Norfolk, VA. - The case against Norfolk City Treasurer Anthony Burfoot will not be heard until after the Supreme Court rules on the case against former governor Bob McDonnell, a decision made by a federal judge on Tuesday.

The political figures in both cases are facing similar federal charges.

The judge said he really had no choice other than to push the trial date back which is a move that both the defense and prosecution were in favor of.

“I think the Supreme Court decision is the fountain from which all flow in this case,” said Andrew Sacks, Burfoot’s lawyer.

In part, the case focuses on what defines the scope of an “official action” under federal corruption law.

Therefore, the ruling in the McDonnell case could set a precedent for a ruling in the Burfoot case which was supposed to start in early May - but now has been pushed back.

“The law is unsettled right now and until it's settled it's unfair for any defendant to be tried under the statutes under these types of charges,” said Sacks.

Tuesday the judged ruled the Burfoot case will not move forward until they hear more on the Supreme Court’s decision saying the reasons for continuing the case are overwhelming and that he really had no other choice. The fear is that if they did not push the Burfoot trial back and continued on schedule, then the outcome of the McDonnell case could open the door for an appeal which could ultimately cost more money and time.

He told NewsChannel 3, when asked about the Treasurer’s Office, said things are going wonderful. He did not say much entering or exiting the courthouse Tuesday.

His lawyer advised him not to make any statements and said there is plenty of time for Burfoot to speak out after the case is over.

The judge also ruled they will not hear anymore motions until after the Supreme Court case happens.

There is no set date for the Burfoot trial, but it could possibly happen this summer.

The judge said the court will not hear any more motions in the Burfoot case until after the McDonnell appeal.

Burfoot has been indicted on eight corruption charges. He pleaded not guilty in January.